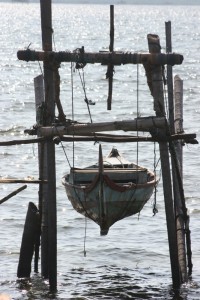 Fishing village and ferry port on the Westcoast of Sumatra, with several amazing communities built on stilts

There is not much to say about Sibolga, except that it is the main port for ferries to Pulau Nias. No tourist guide finds anything positive to say about the town, but I beg to disagree. On both ends of town, north and south, there are sizable fishing communities that have built their houses way into the sea. An intricate patterns of walkways connects the houses on stilts, and the many drying platforms for fish, whilst further offshore nets and impressive fishing boats dominate the horizon. Attractive enough for a couple of hours’ stroll – nobody seems to mind.

As there is little to say, a photo essay, instead: 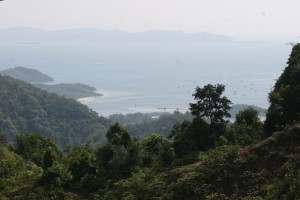 Sibolga from high up in the mountains, before the steep drop down

The road to Sibolga crosses the mountains, before a steep descent to the coast. From a distance, the place looks pretty. 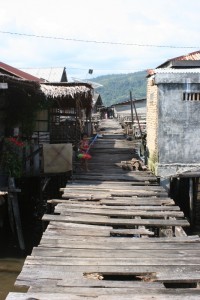 walkway in between houses on stilts 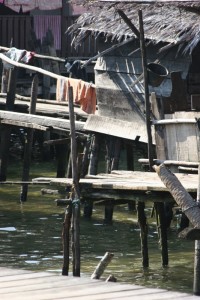 not everywhere in the village things are very organised 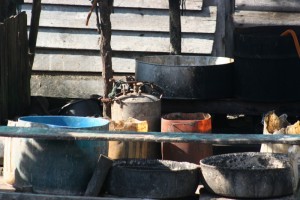 lots of plastic containers for all sorts of fish 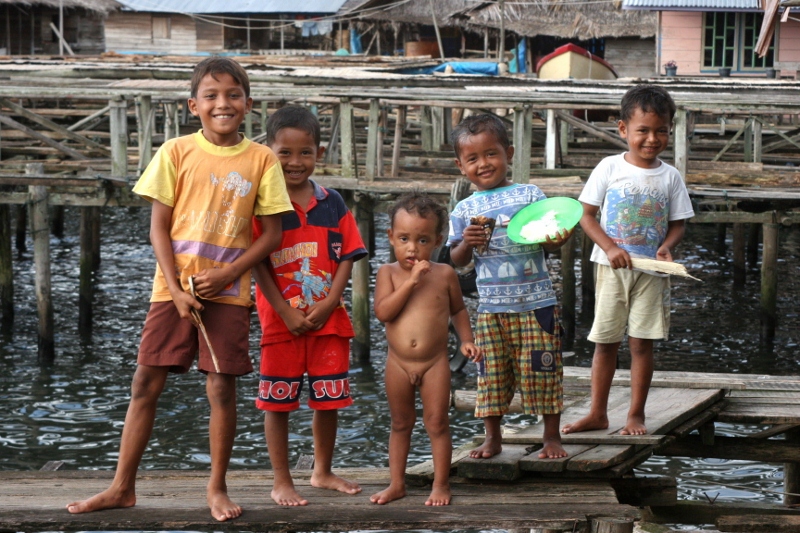 the boys of Sibolga

The village on stilts: the fishing communities at the fringes of the town have built extensive walkways connecting their houses, a long way into the sea. This is where they live, day and night, hardly ever firm ground under their feet.

Children are everywhere, here a group pf proud boys showing off their toys. 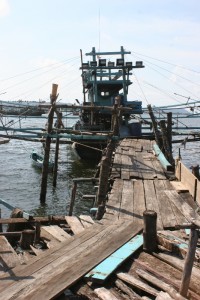 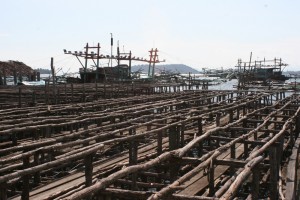 area to dry fish, and perhaps organise the auctions?

Past the houses, on the seaside, are extensive jetties to reach the fishing boats, and also to facilitate the drying of the catch, on large tables. Or maybe these areas also the areas where the fish auction is being held, early morning? 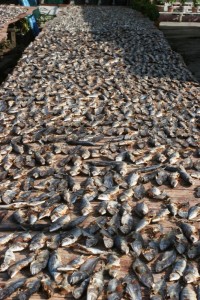 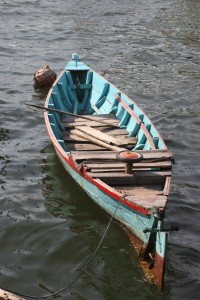 Everywhere in the village are tables where fish is being dried. Dried fish being a major staple in the Indonesian diet.

A canoe, moored in the harbour, used to pull nets.

Houses, including boat houses, on stilts, extending far offshore. And also offshore, what looks like the fish auction, probably busy in the morning. 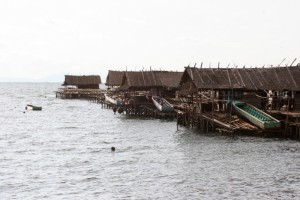 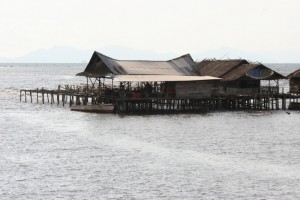 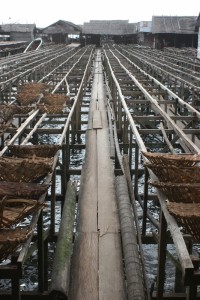 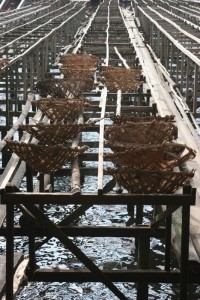 These look like huge, very long tables, perhaps to dry fish, or sell it. The baskets have been stalled here, or perhaps they belong. 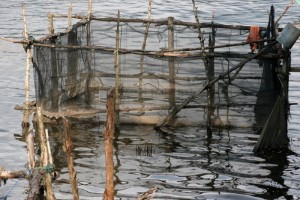 nets to contain the catch (?)

Nets in between bamboo poles, perhaps used to contain thye catch, keep them alive until the next auction? 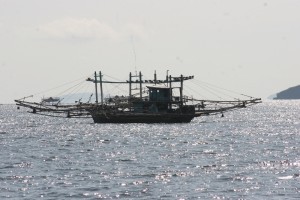 One of the large fishing boats, many of which are moored offshore.

A supply boat on its way to the fishing platforms offshore, somewhat rickety structures where people overnight to manage the nets streched below. 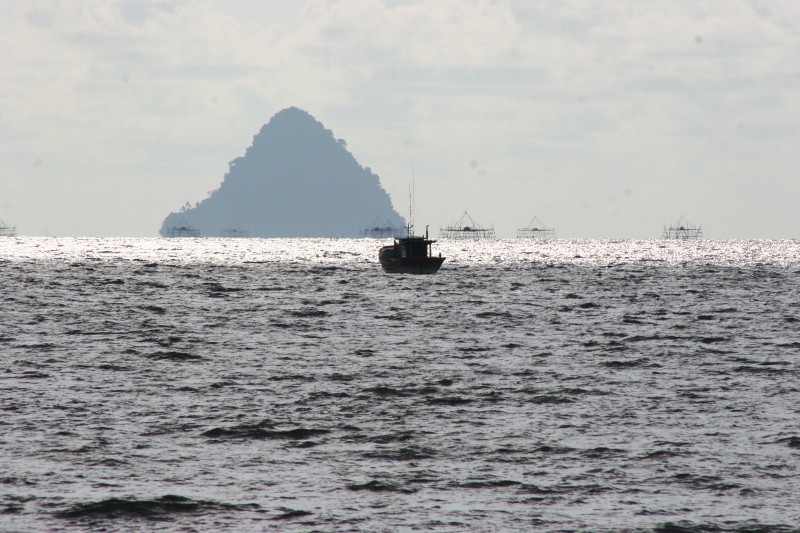