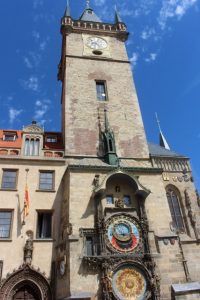 the tower of the radnice, the townhall, in the Stare Mesto

Just because it is such a nice neighbourhood, I decided to post a few more photos of the old town of Prague, the Stare Mesto, and its main square, Staromestske Square, which I earlier called ‘easily the most attractive square in Prague’. The Stare Mesto stretches from the Karlov bridge east, to Republic Square. Further to the Southeast is the Nove Mesto, the new town. 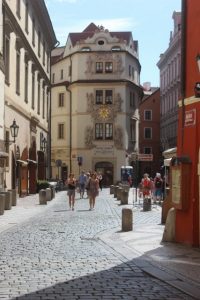 a cobbled street leading to a smaller square 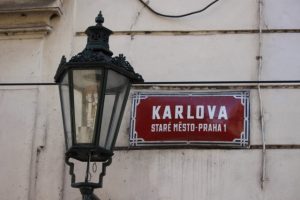 Charles IV was the big man in Czech Republic, who established much of Prague in the 14th Century 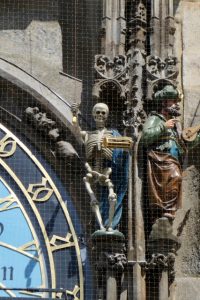 some of the decoration of the town hall’s tower 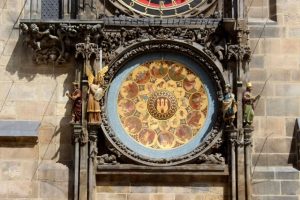 and more of it 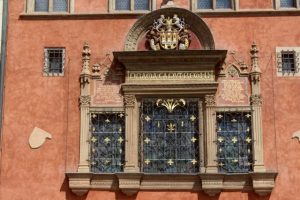 a window, also from the town hall – the radnice 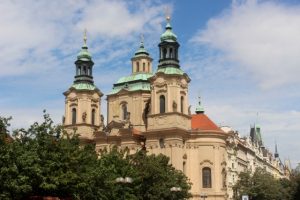 the Mikulas church, one of the two churches around the Staromestske Square 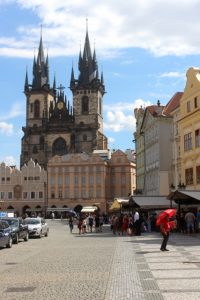 and the other one os the bizarre gothic Tyn church 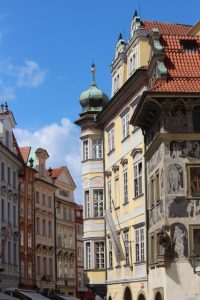 at the beginning of the Staromestske Square 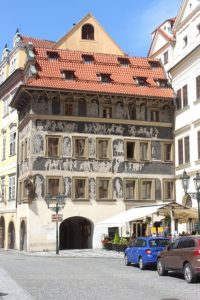 one of the houses at the square, Dum U Minuty, with attractive sgraffitoed walls 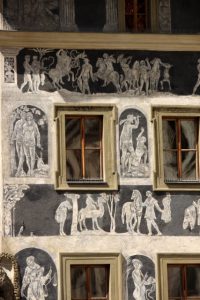 detail of the sgraffito, a technique using two contrasting plaster layers and scratching images in the outer layer 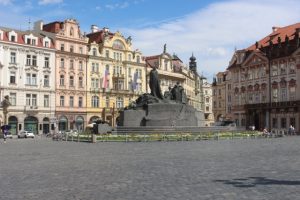 the Staromestske Square, with the horendous Hus monument in the centre 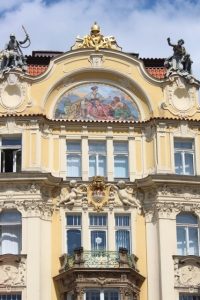 one of the houses surrounding the square 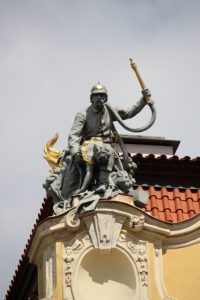 decorated with a member of the fire brigade saving a woman: how tacky can you get? 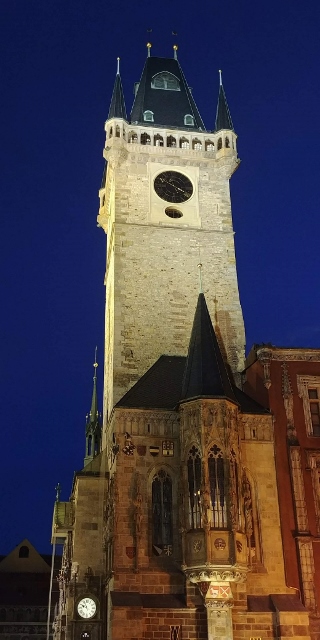 the Tyn church tower at night

One Response to Stare Mesto