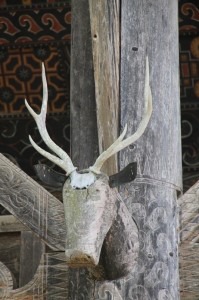 decorated front pole of a house in Taupe

Traditional village with houses for several social classes, and an extensive cemetery.

A few hours walk from Mamasa, Taupe announces itself with its cemetery, on a hill before the village. Like in Tana Toraja, burials in the Mamasa region are very important, and combine Christian and pagan rituals. The graves are covered with corrugated iron roofs, all lined up in the same direction. Offerings – most popular are cigarettes and bottles – are scattered around, or kept in bags that are attached to the roofs, to protect the contents from animals. 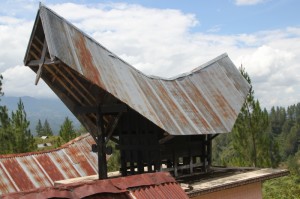 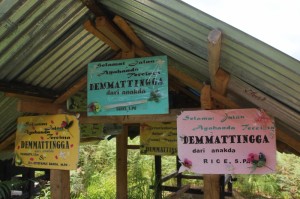 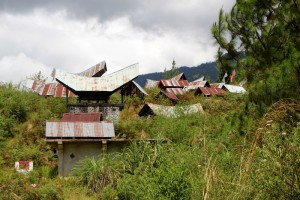 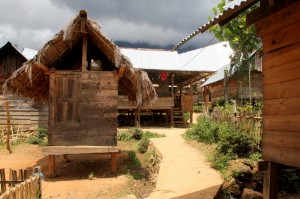 A little further on is the village itself, a collection of houses, some of which have the traditional saddle-shaped roof, overhanging on both sides. Thatched roofs here have long been replaced by corrugated iron. Apparently, the type of house represents class, a carved house being of nobility, a black one, painted but without carvings, is middle class, and the simple, unpainted ones belong to the lower classes. Wealth is further demonstrated by the number of buffalo horns attached to the front pole, for each buffalo sacrificed for burial celebrations; the richer and the more important the deceased, the more buffalos were needed during the funeral. 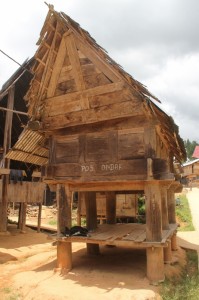 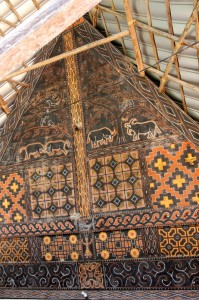 Lots of people have abandoned the idea of living in a traditional house, and have opted instead for a more efficient, and no doubt more cost-effective structure, but several of the old houses are still being maintained, obviously with families still living in them. And they are quite something, as we will also see in other settlements, like Loko, Tusan and Tondok Bakaru. 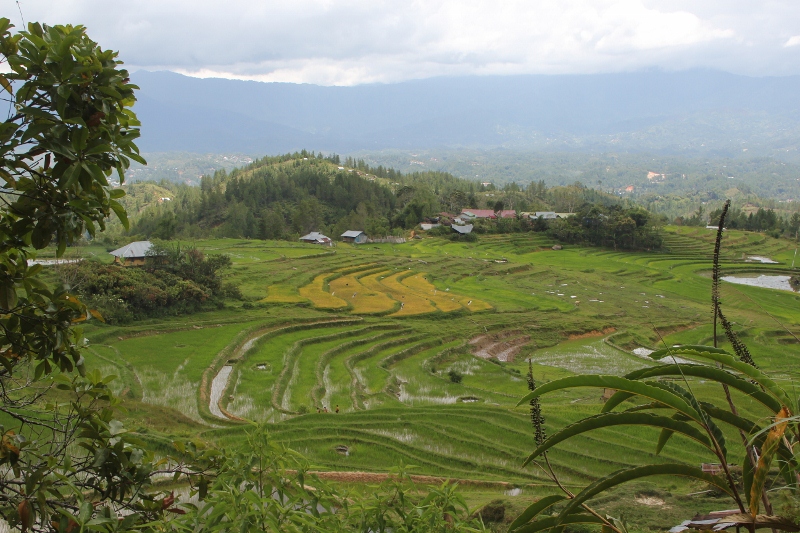