the shelters (photos) the aftershock

Having explained the shelter situation of the earthquake-affected population in Port-au-Prince, perhaps I should also pay some attention in this blog to my own living conditions. As always, some are better off than others. Upon my arrival two weeks ago I as immediately assigned an apartment, which I share with three colleagues. This despite the fact that quite a few staff members have been staying in tents for the past 4-5 weeks – remember the picture of the camping site I posted a week ago? I guess seniority has its advantages, or perhaps it is just consideration for old age that gave me preferential treatment. I am not complaining!

So I have my own room, with a comfortable bed. Not much light, but who needs light when you use the room predominantly to sleep, after working days of 12 hours or more? There is a large living room, with large sofas, and a balcony with a view, all very pleasant. The shared bathroom has hot water from a boiler most of the time. Also most of the time we have no town electricity, and we are depending on an inverter, a series of batteries. If there is town electricity, one can have a real power shower; otherwise it is just a dribble, with pressure dependent on how full the tank on the roof is, but generally sufficient. Power sometimes comes on at 7 in the morning, sometimes not, so one needs to balance the opportunity to have a power shower against the risk that, being last in the bathroom, all the hot water has been used up.

Two Haitian house staff come at 6 am to cook breakfast for us, which can be anything from fried eggs to boiled potatoes to spaghetti with spicy sausage, and fruit. Especially mangos, Haiti has the best mangos in the world, and is also the only country where mangos grow almost year round, everywhere. Somebody tried to set up a mango export business some time ago, but failed because the mangos were too big to undergo reliable fruitfly treatment, a requirement for import in the US. Apparently, the fruit needs to be treated with ultraviolet light, or something, but because of the enormous size of the Haitian mangos the light cannot penetrate deep enough into the fruit within the maximum exposure time, which otherwise damages the outside. Or something like that, I cannot remember the details, but the result is that there is no shortage of mangos here.

But I am drifting. After breakfast we depart for the office, at around 7.30 am, if we can get a car. Transport is often difficult because of lack of cars, lack of drivers, lack of planning or lack of communication, or a random combination of the four. In the time we are away from the house our staff clean, wash up, do laundry, buy food and cook us dinner, which we find ready to heat up when we come back home at around 8 pm, sometimes later. We have been blessed with an excellent cook, Miss Molly, who can even make tinned chicken taste nice, and with a friendly man, Legrand, whose name unfortunately is not a reference to his intellectual capacity. It took Legrand three days to have my mosquito net put up – after the first attempt the net was hovering about 5 cm above the mattress, ‘genial’ he found himself. But both of them are very nice, and they are only mildly ripping us off when we give them money to buy our food, so who cares?

For a while we had another occupant in the apartment, too. I had been finding droppings in the kitchen and in the bathroom, already for a few days, indicative of either a very big mouse, or a rat. One night one of my flat mates was woken up by persistent scratching sounds, which turned out to be our rodent trying to break down her bedroom door – the proof was on the floor in the form of wood shavings, and as toothmarks in the door post. The following evening when we came back to apartment we indeed found a sizable rat wandering around. It took us most of the following hour to try to get the animal out, opening doors, blocking other escape routes with boxes and painting frames, and chasing him with sticks towards the door opening. Somebody had told us that rats were extremely intelligent, well, ours was the exception, as he kept on running in the wrong direction. It was quite a scene – quite noisy as well, as it was accompanied by the appropriate screams every time our friend took an unexpected turn -, until we suddenly lost all trace of him. Last we saw was the rat shooting up into the curtains, and then he disappeared completely. Maybe he did, in the end, escape through the open door, unseen despite four adults paying keen attention, because since that evening we have seen no trace of him anymore. Or maybe he was intelligent after all, and decided to leave of his own account.

Bottom line: accommodation is quite comfortable, very close to Montaigne Noire, where we used to live 10 years ago, a little up in the mountains, which makes it pleasantly cool in the evenings, no need for air conditioners. We are well taken care of, well fed. I am writing this on a Sunday morning (our official day off), on the balcony, in shorts. Every hardship is relative. 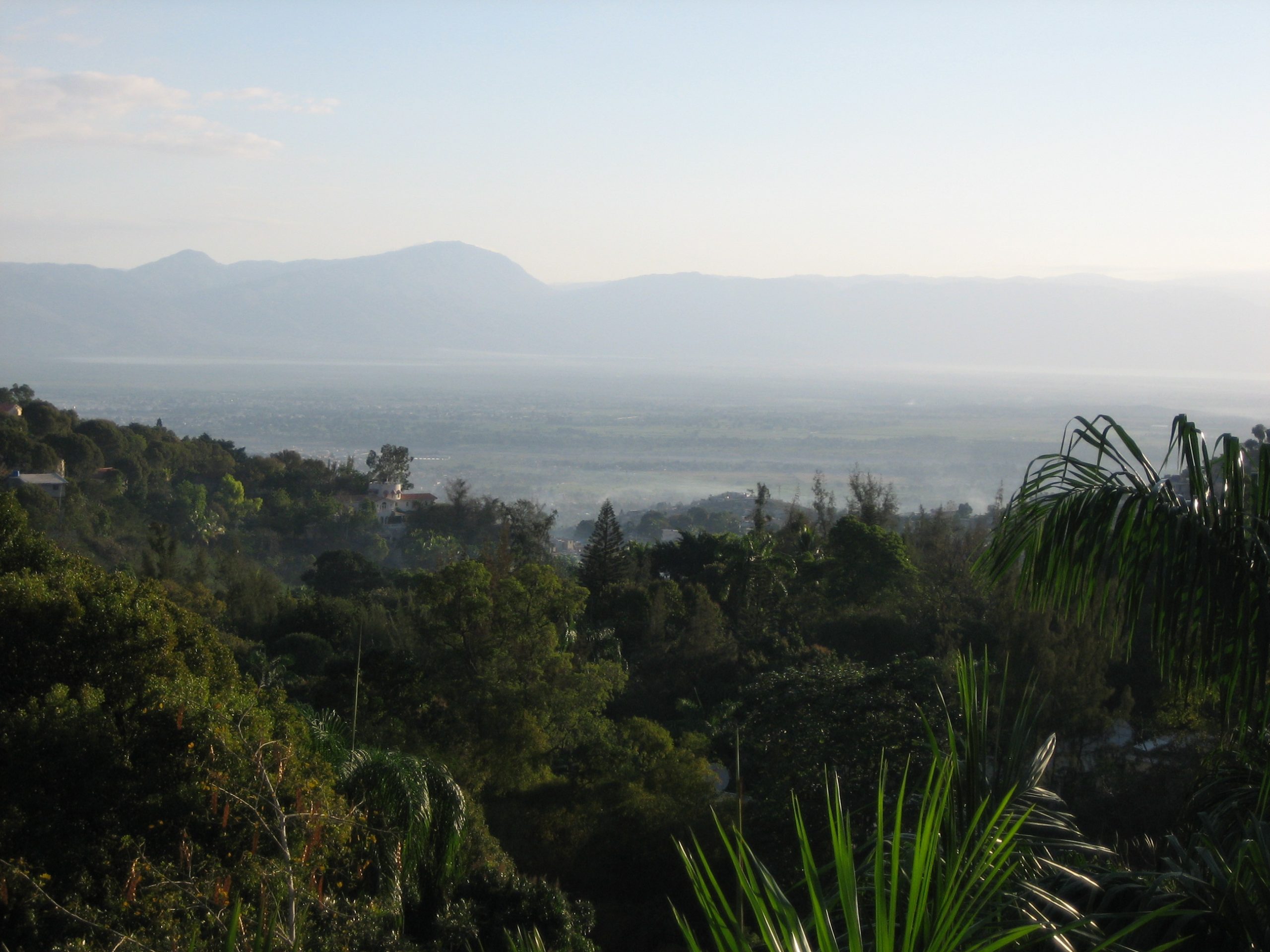 the view from my balcony on a Sunday morning, if it is not hazy (which it is on most other days, including Sundays)