The art of Dunhuang 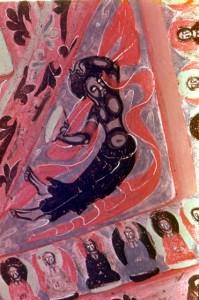 No cameras are allowed in the caves of Dunhuang, the richly decorated Buddhist caves at the edge of the Taklamakan desert. But one can – at the time, in 1998 – purchase sets of slides, produced by the Beijing Slide Studio, or some other Chinese institute. I have reproduced some of the slides here, to give you an impression of the art forms in the caves. Note that only a few of the caves are open to the public, whilst I presume that all caves were open to the photographer, so one may not be able to easily find back all the images and sculpture.

From an art appreciation, not necessarily an art historical, point of view, what I find most striking is the amount of detail, and the sense for proportions in many of the paintings and frescoes, considering that the earliest are 4th Century AD, and the last ones probably 14th C – and art historians agree that from the 10th C onwards, Song and Yuan Dynasties, the quality deteriorated (See for an overview of various periods at the end of this entry). Many of the scenes have a secular theme, like the hunt, or agriculture. Others depict robbery, dancing, or a family gathering. Cave walls were also enlightened with flying devis, graceful figures serving as decorative additions to the main themes.

The sculptures show an equally high level of detail, and impressive quality, once again given their age, similar to that of the paintings. Some 2000 sculptures remain in the various caves, mostly depicting Buddha and Bodisattvas; many have been beautifully painted, much of which has been preserved. The Tang dynasty sculptures (7th to 10th C) are the most intricate, showing, for instance, very realistic folds in clothing, but also an increasingly Chinese expression.

For those seriously interested, buy a book, it’s worth it. These two galleries, one frescoes and one painted sculptures, give a brief impression of what there is to see. 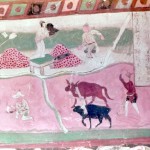 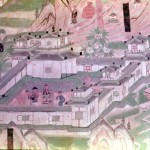 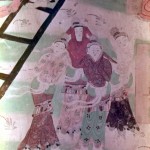 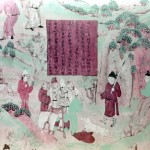 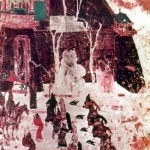 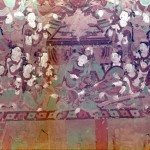 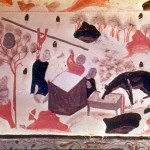 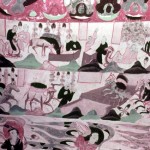 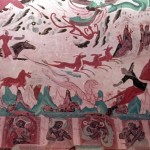 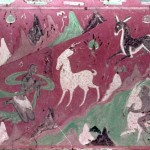 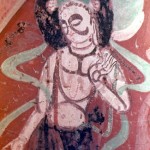 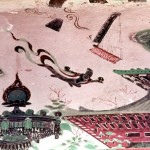 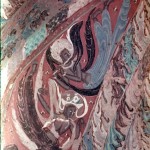 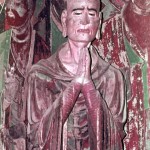 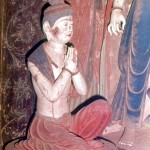 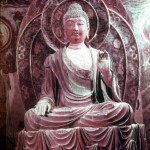 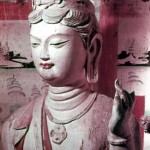 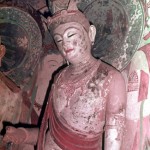 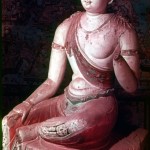 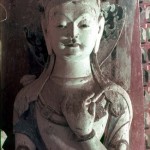 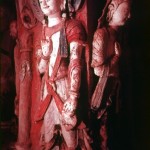 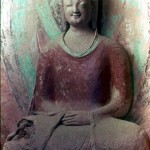 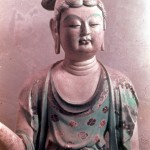 The various periods that are being distinguished: