the road the worldcup (2)

One of the pillars of the Haitian Government’s Reconstruction Plan is to develop tourism, the obvious choice for a Caribbean island when it comes to creating jobs and generating revenue in foreign currency. All the others did it already.

To say that I went to the beach today to test the reality of this concept would be pushing it, we just came here to relax, but I cannot help thinking about this – and judge my experience against the tourism ambition.

Of course, there are formidable hurdles to overcome. Haiti does not have a great reputation as holiday destination. There are the security issues – many foreign governments give a negative travel advice; reports that four Americans in three separate incidents have been shot and killed recently during robberies whilst traveling into town shortly after having arrived at the international airport – ie clearly targeted travelers – don’t help. There are the logistics: the beach hotels, for instance, are along the Cote des Arcadiens well north of Port-au-Prince, but how on earth are you going to get there, without reliable transport? And there are the infrastructure challenges. It took us two hours today – an absolute world record – to reach the coastal strip where the hotels are, but usually it takes much longer, negotiating the traffic jams of Croix-des-Bouquet and Croix-des-Mission, and then on a dusty, potholed road populated by kamikaze drivers and killer trucks. 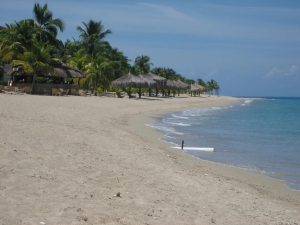 Anyhow, all of this is external, and as hotel owner you must hope that the government, as part of its ambition, will sort these problems out. What you, as hotel owner, can do is ensure that once the guest has arrived, he enters paradise. Right! We have booked ourselves in Club Indigo, the absolute top-end on the Cote des Arcadiens, and by extension Haiti. This used to be Club Med, successful in the 1970s and 80s in Haiti, when Baby Doc ran a tourist- friendly, and everybody-else-unfriendly, regime. It recently opened again, but Club Med it isn’t. Check-in – we were the only ones – took well over 15 minutes. Once inside, in our rather spartan-looking very small room, still with the bed lamps from the 70s, we quickly changed and got to the beach. Deck chairs were all chained up, and it took a while before we could interest somebody to unlock the chains and give us some. Towels are not provided. A drink? A vague pointing towards the bar, on the other end, and when I asked if they could go and get it for me, I got a blank stare, from all three waiters who were all not doing anything else. Breakfast with artificial orange juice in plastic cups. Mind you, as I said above this is top-end, and for sure we are paying top-end money here. 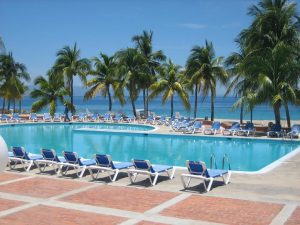 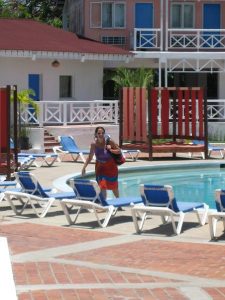 I suppose at the moment, with so many UN and humanitarian workers in the country, who have little else to do than work and go to the beach on a Saturday or Sunday, Club Indigo and the others make good money, and get away with substandard accommodation and service. But there is no sign of all these earnings being invested in improving the place – finding some modern bed lamps, for instance -, or training the staff and explain customer focus to them. And at a certain stage the aid workers will be leaving again: the choice now is between having made a quick buck, or having established a viable beach hotel. Looks like the buck is going to win.

Is there hope? Haiti shares the island with the Dominican Republic, same beaches, same warm sea, same coral reefs. Different people, though. I just don’t think the tourism thing is going to fly. Haitians are hospitable, don’t get me wrong, but then they choose themselves who they serve. Doing something extra for a stranger, just because it is your job, that doesn’t feature in the culture; being client oriented, that is totally alien. Perhaps something to do with misplaced pride related to having thrown off the slave yoke more than 200 years ago? I don’t know, but it doesn’t help. It remains a fabulous country, with absolutely wonderful people, but if you are a tourist you are getting much better value for money elsewhere. Just across the border, in fact. Same beaches, same sea, same coral. And I don’t see that changing anytime soon. 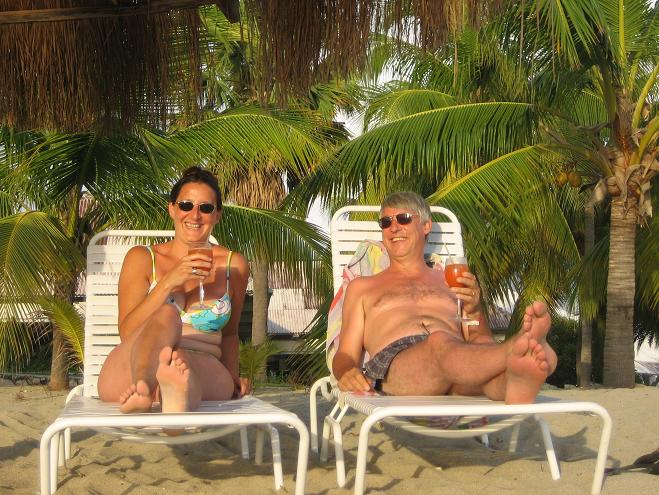 sorry, who was complaining about the tourism in Haiti, again?