01. the Chile and Peru plan 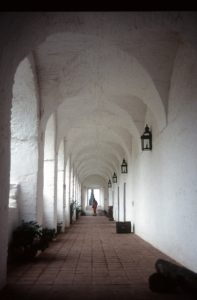 Colonial architecture, one of the themes for our upcoming trip (and yes, the person in the distance is… a few years younger…)

It is that time of the year again, the winter in Europe is around the corner, time to escape for a while. This time, we have selected South America as our travel target.

With one of us being Argentinian, we do go to South America regularly. But hitherto we hardly ever featured outside Argentina on these trips, as family and friends require the necessary attention. So we haven’t managed much more outside Argentina than a long weekend Uruguay.

Time to adjust the approach. Instead of a couple of weeks, we have reserved no less than four months for our next adventure, of which the first three weeks are dedicated to the family and friends. And to Christmas and New Year, several birthdays and every other possible social engagement in and around Buenos Aires. But once the celebrations are over, we move on, to explore the South American Pacific Coast. Well, part of it. The plan is to cross to Santiago in Chile, and head north, through the Atacama Desert and various National Parks on the flanks of the Chilean Andes, and then into Peru. First to Arequipa and Puno, with a side excursion along Lake Titicaca and just into Bolivia, and then to Cuzco and Machu Picchu, after which we travel either overland of by plane to Lima, and on to Trujillo and Chiclayo, to end up in the interior of the north, in Chachapoyas and Cajamarca. Well over 8000 km overland, without detours! And as usual, any type of transport will qualify…

The more than three travel months will no doubt give us plenty of time to complete the itinerary, and plenty of variation, too. Wine country in Argentinian Mendoza and the Central Valley of Chile – and there is even wine in Peru! -, and spectacular nature not only in the form of lakes and volcanos, salt pans and snow-capped mountains of the Andes, but also the desert landscape, and the coastal strip with its penguins and sea mammals. Colonial towns, as well as lots of the so-called pre-Columbian indigenous ruins, from Inca empire to even older, and lesser known, precursor cultures, from Nazca lines and other, more recognizable petroglyphs to multiple Sun and Moon temples. Oh, and did I mention Chile’s nitrate ghost towns, and the biggest observatories on earth? Or the sea food, the ceviche’s? Or the pisco sour claimed by both Chile and Peru as their national drink? Do we care?

It’s going to be a whole new experience, in a part of the wold that we both don’t know yet. Exciting! Watch this space! (But don’t expect too much too quickly, we are only leaving in two weeks time, mid-December, and much of Buenos Aires has already been covered elsewhere on these pages).

next: we start in Lujan 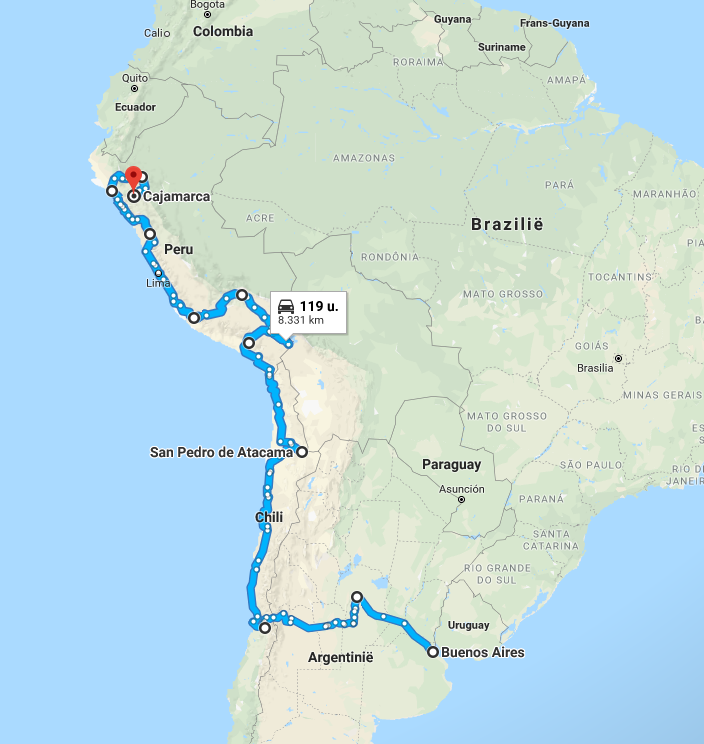 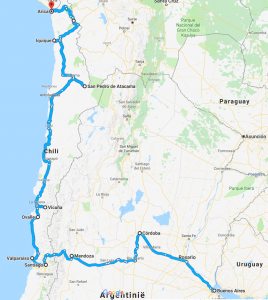 the first half of the journey: Argentina and Chile 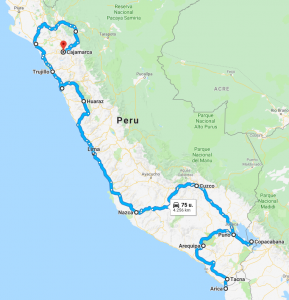 and the second half: almost all of Peru

2 Responses to 01. the Chile and Peru plan