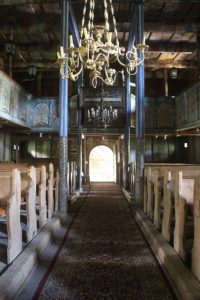 inside the painted wooden church of Lestiny

The village of Lestiny is one of several articled churches in the Orava region. An articled church is a Protestant church that was gradually allowed during the 17th Century in Slovakia, which was under  strictly Roman Catholic Habsburg rule.  There were severe restrictions for the churches. They had to be outside the village limits, had to be constructed from wood without use of nails, and without bell tower. Which is why many of them have separate bell towers, later additions.

Many of the churches have been decorated inside, with naïve folk paintings dating from the 18th Century. The one in Lestiny was the only one we found open, and where we managed to convince the caretaker that we really had to take pictures – normally not allowed (arguments that we would, via the website, promote the church worked counterproductive: they don’t want many visitors at all). 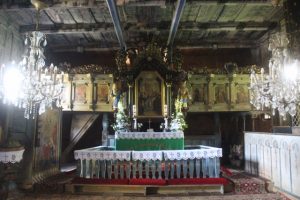 the altar, with several painted panels behind 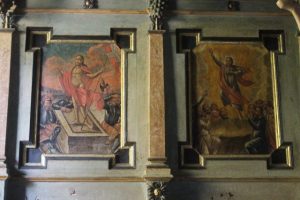 the panels on the left 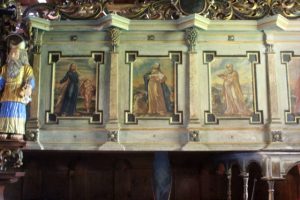 and those on the right of the altar 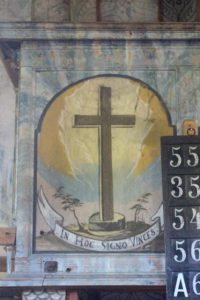 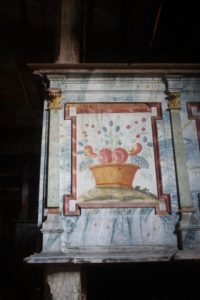 and a panel, on the side of the choir, which is just naive decoration 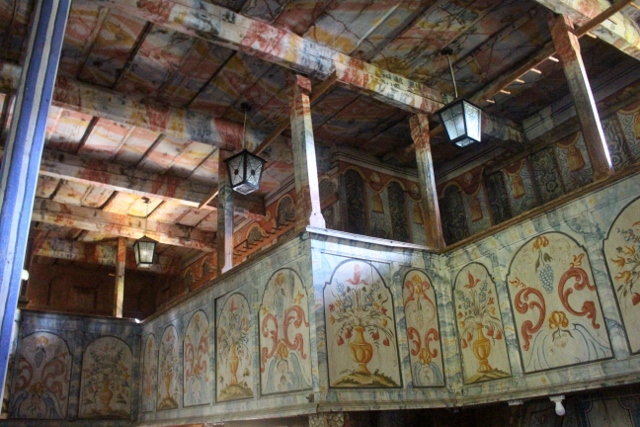 every part, from choir panels to walls and ceiling, has been painted 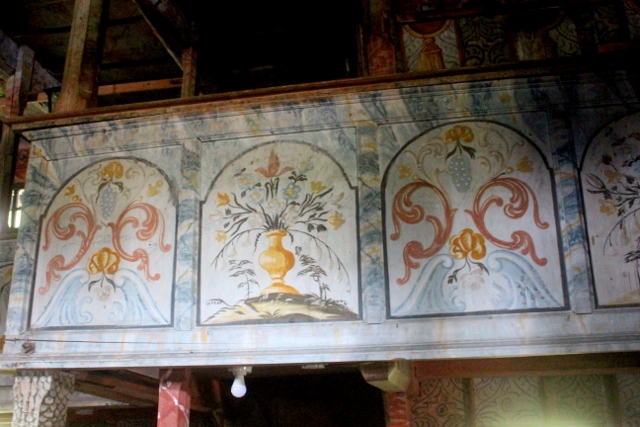