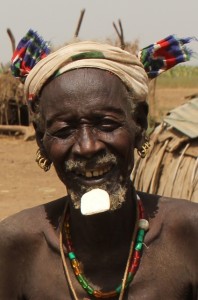 the old man has to laugh about his own outfit, too

The Dasanech, another tribe of this region, number perhaps 6000-7000 people, of which the most accessible 500 live just across the river from Omorate, in a small hamlet. It is somehow inconceivable that a hamlet so close to the relatively large town of Omorate is so primitive. Small round huts suggest that the Dasanech were originally nomads, trekking around with their cattle. But I doubt they still do so, with the river conveniently nearby and a shift to agricultural diversification. 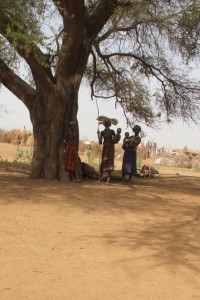 Dasanech are indeed a culture on their own. During the day it is mostly women and girls, and some old men that are present. In terms of cloths, they do not wear much, but body decoration is splendid, and very creative. An older woman has a head-dress of bottle openers, whilst the young girls have used the tops of soft drink bottles for their own head cover. Beads galore, necklaces, bracelets, the whole lot. Sadly, I somehow have the impression that much of this is in response to tourist interest, the sillier you make your outfit, the more likely you are to have your picture taken – going rate two birr. And while not as insistent as the Mursi, they are really only hanging around to be photographed, and they make sure you know it. 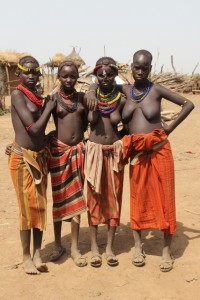 girls posing for the photo 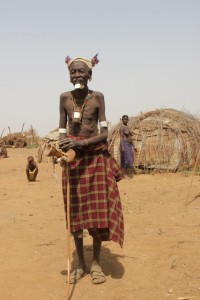 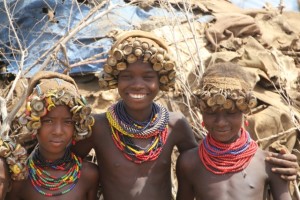 Many of these girls should be in school, of course, but here only boys go to school, or so I am told by our guide (I wonder whether even this is true, given the number of young boys playing in the river, but anyhow). I don’t think any of my well-meant arguing why girls should go to school, too, will change the situation in the short term, the tourist business is simply too lucrative. In the long term, I hope, and I think, this culture will slowly die an inevitable death. Living in the very basic conditions that these people live in is not really necessary anymore, in 2012. But everybody will define their own priorities. The few men we talk to in the village all follow the British Premier League Soccer on television, in Omorate. They all think Arsenal is on the wrong track, and should sack the manager. As I said, a matter of priorities. 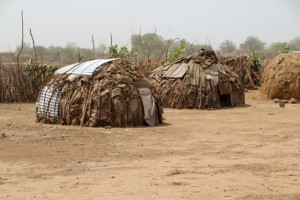 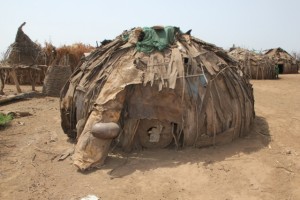 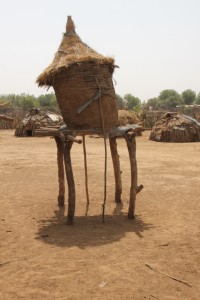 NB: there are various spellings of Dasanech (Dassanech, Dhasanech), and the tribe also goes by the names of Galeb, and Reshiat.