the arrival the shelters

The Save the Children office was a relatively small outfit, on January 11th, this year. With the rapid response to the earthquake of the 12th, the place quickly became totally overwhelmed. Where there were perhaps 150 staff countrywide, with 4-5 senior managers, of whom two were expatriates, now there are some 60 expatriates, all of whom consider themselves a senior manager to some extent; and we are already employing some 450-500 local people so far, soon to be ramped up to 900 or more.

Obviously this has had an impact on the office space, which at least in Port-au-Prince has not changed yet. It would be an understatement to describe the situation in the office as somewhat chaotic. In every small room we have multiple desks against multiple walls, and in the larger rooms we have installed a number of huge tables, around which mostly expatriate staff members huddle – the laptop tribe. I have no idea how emergencies were handled in the pre-computer era, but these days large numbers of people are grouped around tables, all with laptops in front of them, happily, and seemingly continuously, hitting keys whilst at the same time talking to their neighbours, to people that walk in and out of the room, or in their cell phone. Others are sitting on the floor, back against the wall, or on the steps in the garden, all with a laptop on their lap – indeed that’s where the name comes from. At times someone wants to show something on their screen to someone else, so picks up the laptop and walks into one of the rooms, to add to the general conversation. Did I mention the VHF radios that constantly crack in the back?

And yet, despite the apparent chaos, an amazing amount of work has so far been done, four weeks after the earthquake. The seemingly random conversations are in fact highly targeted, and people hear what they need to hear and run with it. A program team has already started distributing food, mobilizing mobile clinics, installing latrines, creating child-friendly spaces, and much more. Procurement people have already ordered massive shipments of tents, jerrycans, buckets, blankets, plastic sheeting, and whatever else you need after you have lost about everything; logistics specialists are busy arranging freight, clearing goods and getting trucks and warehouses organised to handle the enormous amount of stuff being moved; and a team of recruiters tries to find the people nationally and internationally to staff such an operation. And all of this in an environment that has changed dramatically from what it was before, amongst a hundred other agencies all trying to achieve the same.

A small detail is that everybody is also looking for accommodation to house their newly mobilised – deployed, in the jargon – international staff…. in a place that has just been flattened by a massive earthquake. Half of our people are still staying in tents, in the office compound, others are sharing a house or an apartment, cramped, but infinitely better than a tent. Of course, many of the Haitian staff are also living in tents, having lost their homes in the earthquake…. 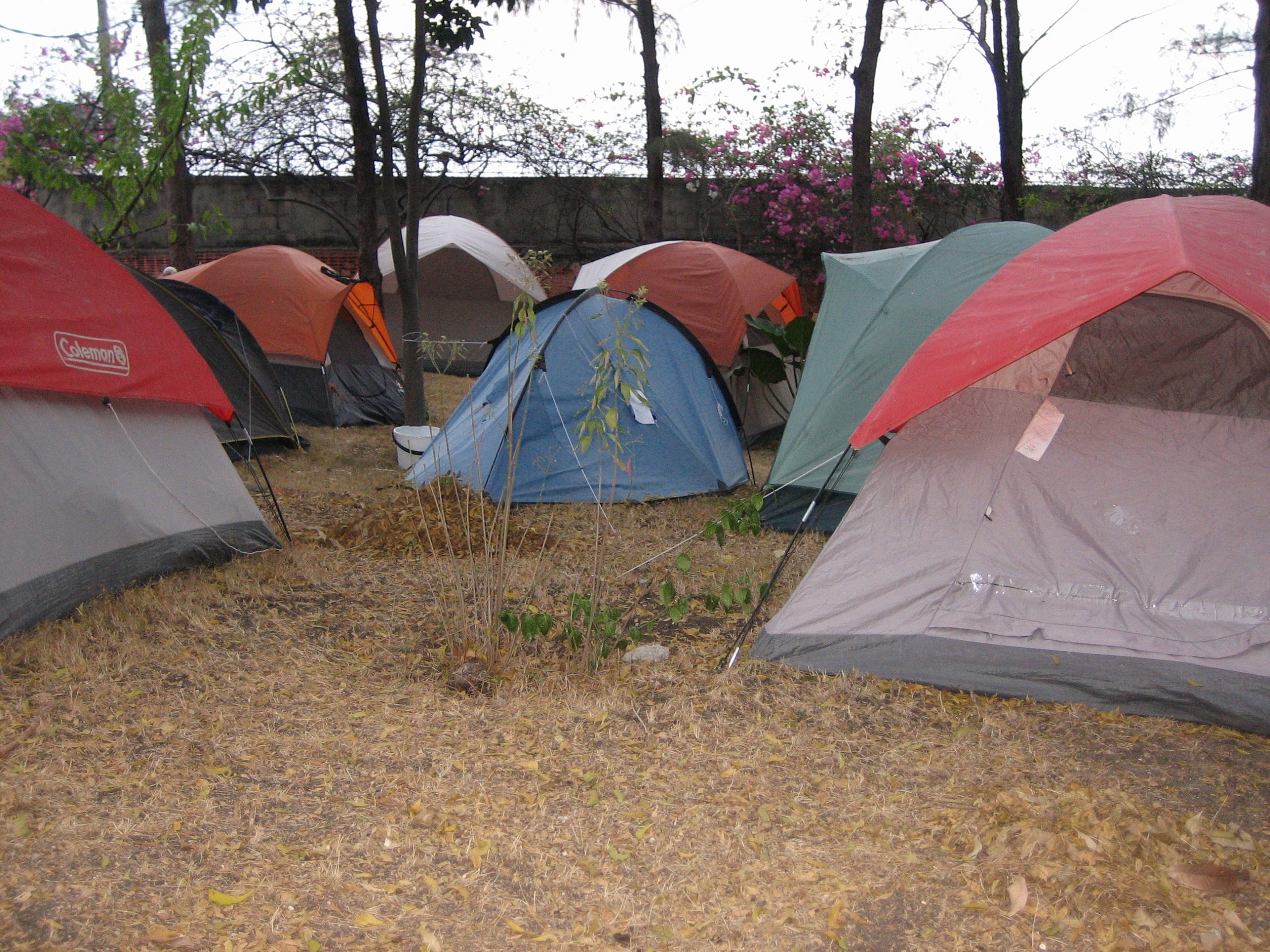 this could be any camping site in Europe, but in fact it is the staff accommodation in our compound. Hopefully we can secure some more houses next week, some people have been sleeping here for four weeks already 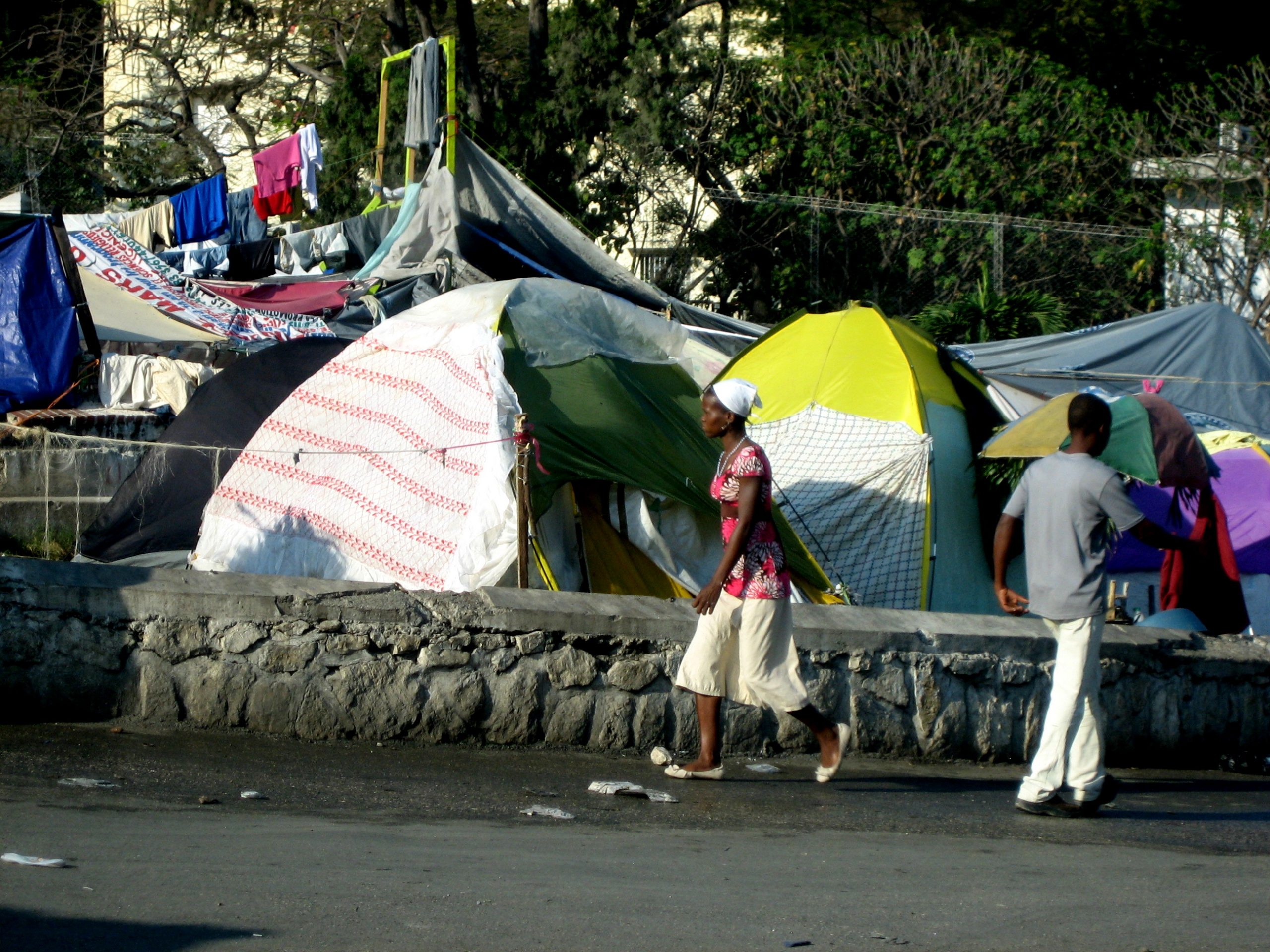 But everything is relative, if compared to the situation, for instance, on Place St Pierre, once an attractive square in Petionville, just above Port-au-Prince 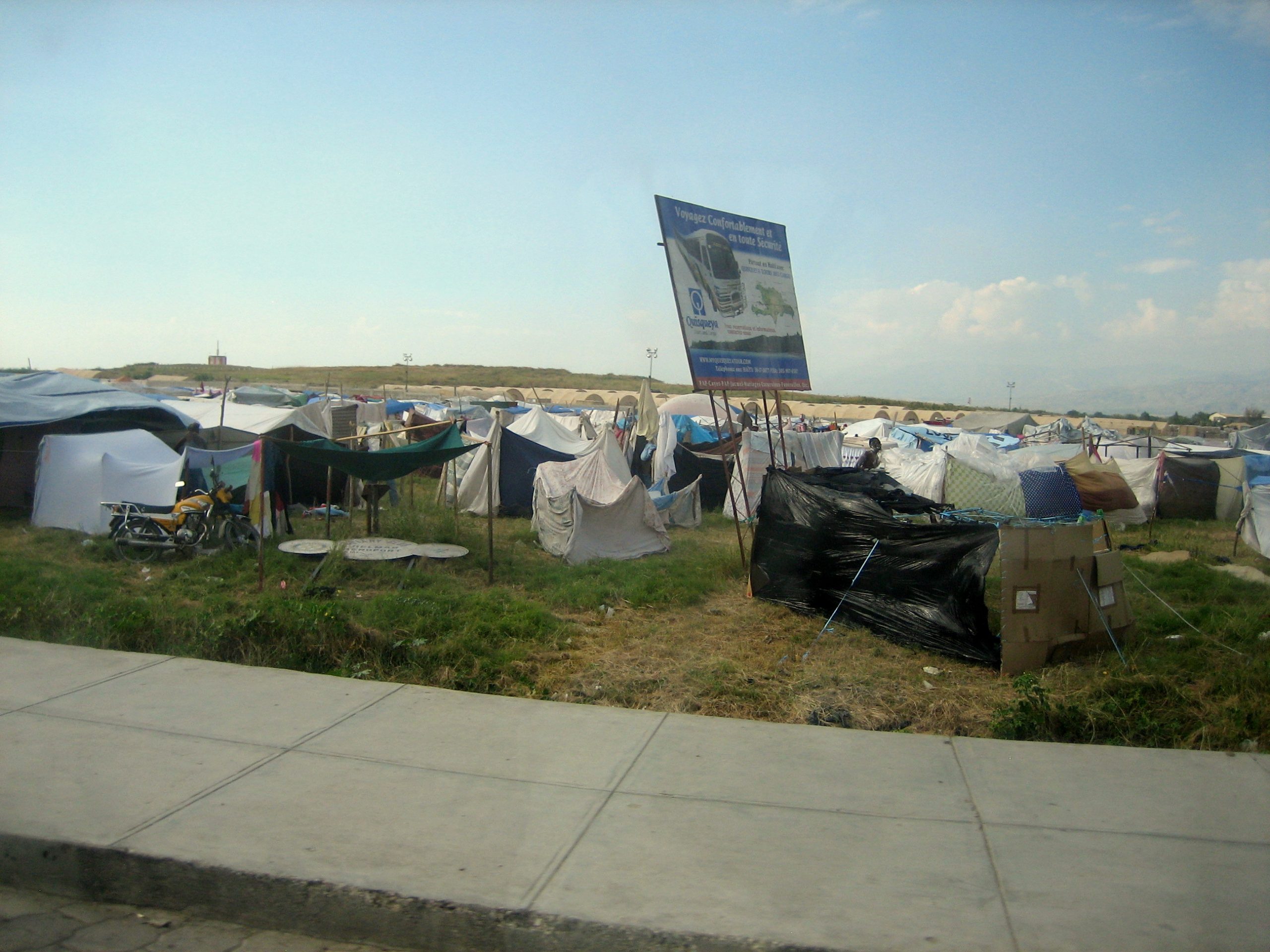 or to one of the larger camps in Delmas, another neighbourhood of Port-au-Prince