the report the last day

One of the things I noticed in the past five months blogging is that you become very observant, even more so than I usually am. A lot of inspiration comes from the things you see around you, which makes you want to write about. Not all the photos I took necessarily fitted in any of the contributions, though, and others I took after I had already written about the subject.

So allow me to present you with a random selection of pictures that never made it, but that I still think should be part of my reporting on Haiti – some in fact, will only mean something to those of you who have been here before. I am wrapping up, obviously!

next: the last day 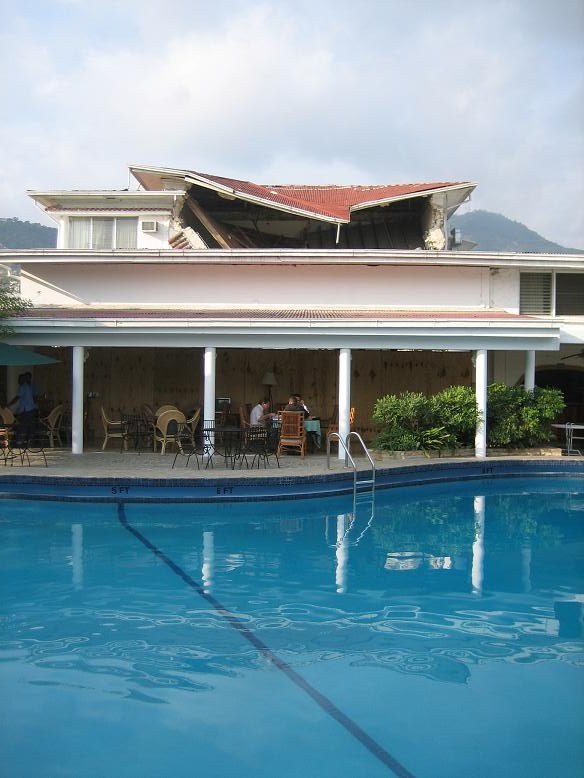 I have written about landmarks and damage, but not yet shown you the Villa Creole hotel, damaged but still operating, even though now the kitchen has been destroyed, they do only simple breakfast, and order dinners from nearby restaurants (most guests survive on Domino’s pizza). 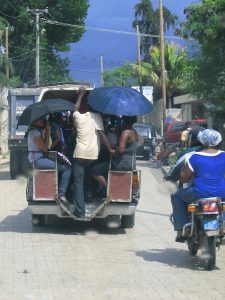 I also wrote about the rain, and the shower caps – witness the lady on the motorbike -, but then I hadn’t yet seen the way umbrellas are being used on the taptaps when it rains. 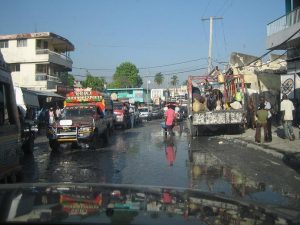 but even if it doesn’t rain, downtown Port-au-Prince is somehow always flooded, this was the case ten years ago, and hasn’t changed. 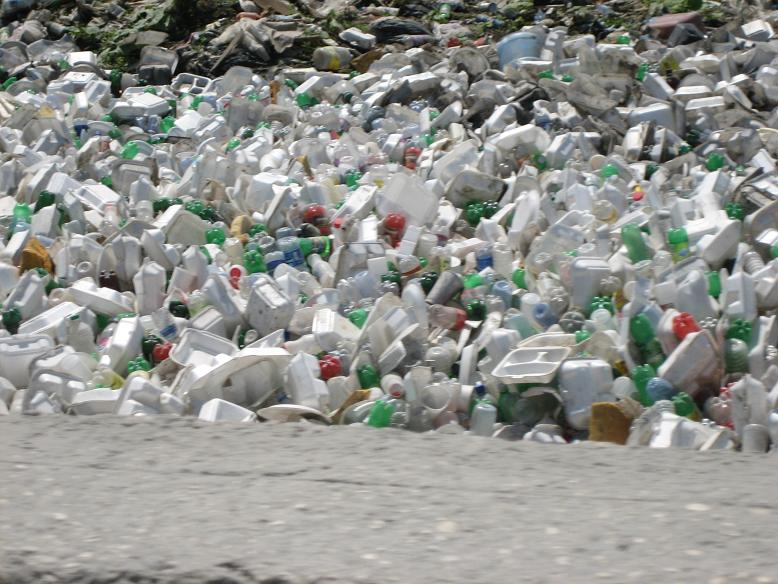 what is new, though, are the styrofoam boxes, and I am not sure that this is only a result of the need to provide packed lunches to so many after the earthquake – I suspect this has been an earlier introduction, that just got a boost with the post-disaster demands. One of the uglier side effects, surely 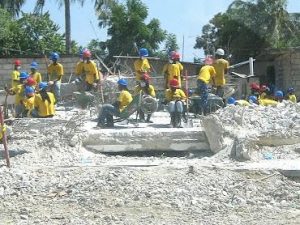 another favourite subject of the past few months, Cash-for-Work programs, and the enthusiasm shown by the average Haitian. Note especially the use of the wheelbarrow! this guy is moving more earth on his own than the entire CfW crew! Isn’t it brilliant, how quickly new toys are introduced? I am sure six months ago Caterpillar miniatures were unheard of in Haiti. 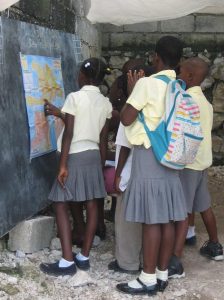 I have written about schools: this is just an extra photo to the subject, geography lesson on the blackboard, under the tarpaulin. 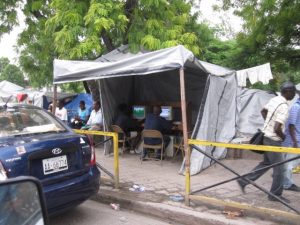 and I have written about new business, and Haitian resilience: my favourite, an internet cafe in one of the IDP camps! 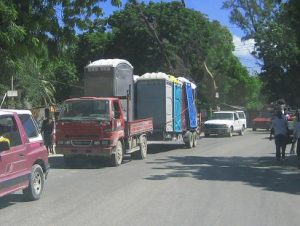 and with so many camps, there is more new business, at a certain moment these porta-latrines are going to get full…. 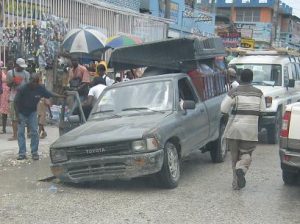 and another familiar sight, for those who have been here before: this is how a traffic jam is created. 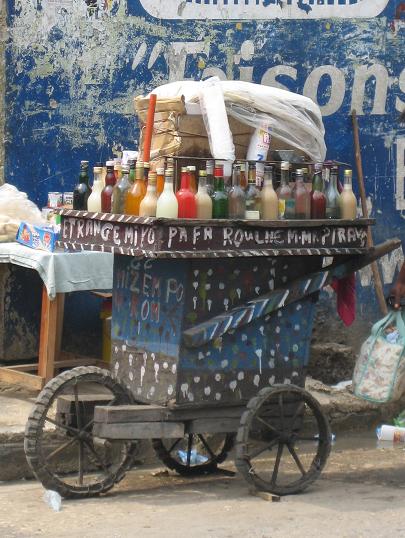 a Fresco cart, I have a special relationship with them, I just love them: shaven ice with syrup, a poor man’s ice cream, but how much nicer street view that an Italian ice cream parlor (not that I have tried this, mind you, my courage is limited) 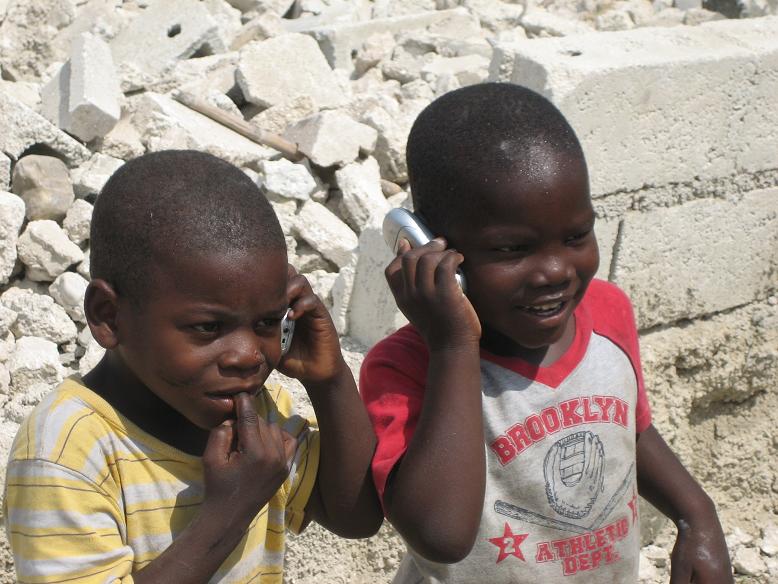 and then the kids: Haitian kids are the cutest in the world! 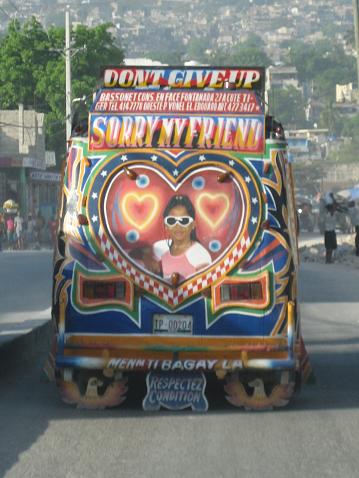 a suitable message to finish, as part of the standard Haitian transport system