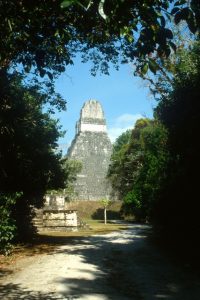 one of the main pyramids in Tikal

Tikal, in the north of Guatemala, is beyond doubt one of the most impressive Maya sites in entire Central America. No less than five huge pramids, up to 60 meters high reach above the jungle to provide a magnificent view over the countryside, and over the other temples of the complex. The oldest buildings probably date from around 500 BC, its so far unexplained decline came around 900 AD, not long after the tallest pyramids had been constructed. They remained hidden until their rediscovery in 1884, but the first clearing and reconstruction only started in the 1950s.

By now it has become the most preeminent of tourist sites in Guatemala, and rightfully so. One could easily spend a day or two, wandering the site, climbing the pyramids but also getting lost in between the many smaller temples, or better even, among the many stone heaps that represent not-yet-uncovered buildings. As one of my old guidebooks says: ‘Tikal is certain to exhaust you before you exhaust it’. 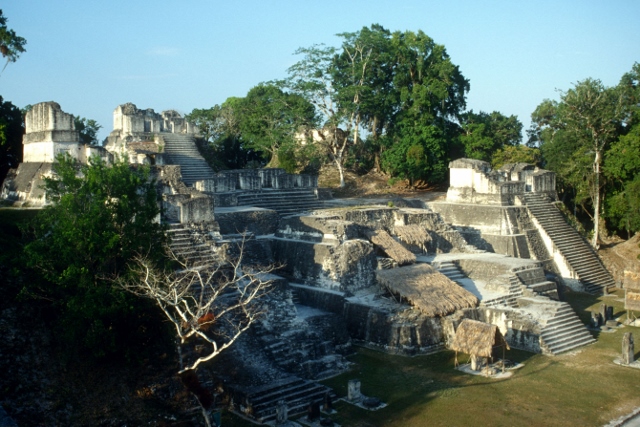 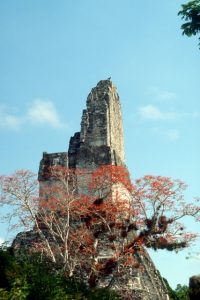 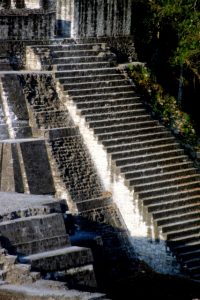 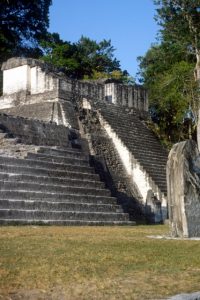 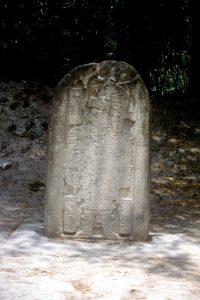 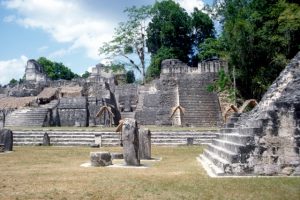 one of the plazas 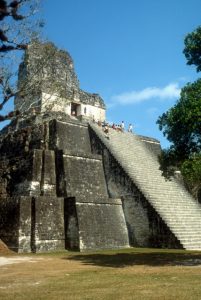 you can climb them pyramids! 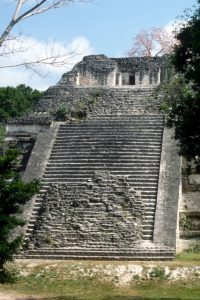 although not every one is equally easy 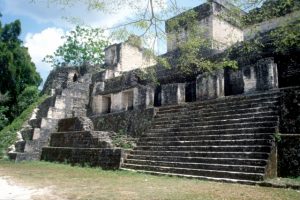 one of the main buildings, not sure which one, from the back 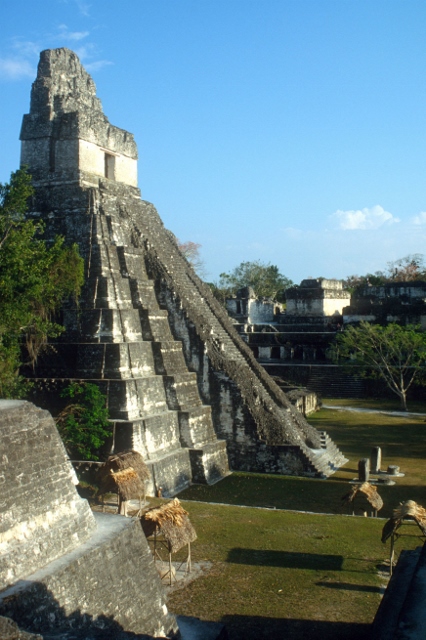 to show how steep some of those pyramids are 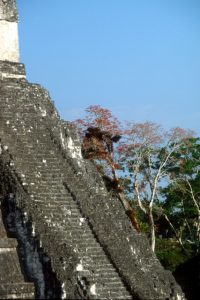 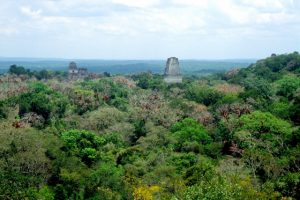 they tower high above the jungle or just to the top of the canopy 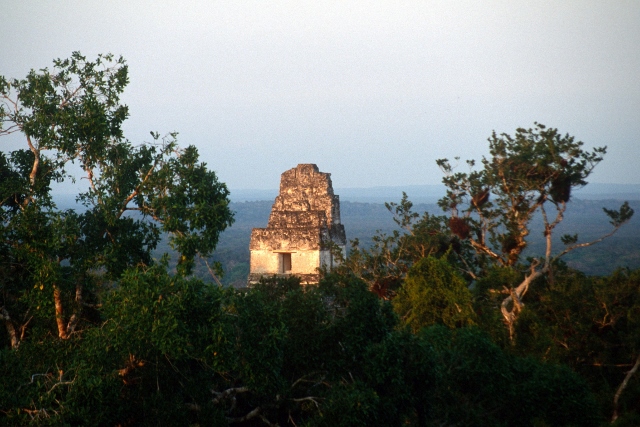 prettiest in the late sunlight