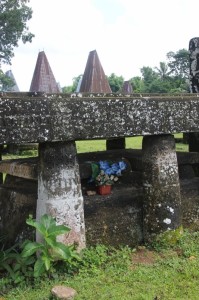 Kampung Pasunga, in Waibukal, is perhaps the prototype of a traditional village in Sumba, although corrugated tin has replaced thatched roofs 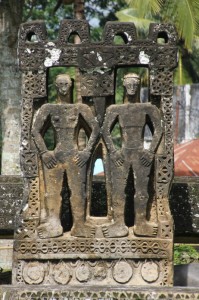 carving of a man and a woman at the village entrance

The district capital of Waibukal, in itself a not particularly interesting road junction with no more than a few houses and shops, nevertheless houses the Kampung Pasunga, the prototype of a traditional Sumba village.

Pasunga has two long rows of traditional houses, albeit all with corrugated iron roofs, no thatch here, with a broad square in between. In the square several old tombs have been lined up, . decorated with carvings, and also with plants and flowers. The most striking feature here is the carved head stone at the beginning of the village compound, of a man and women standing with hands on their hips. 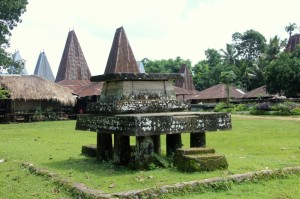 decorated tomb at the entrance of the kampung 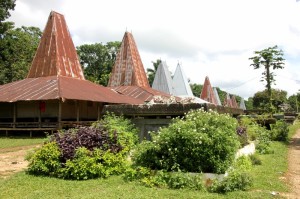 tombs and houses lined up in the kampung centre 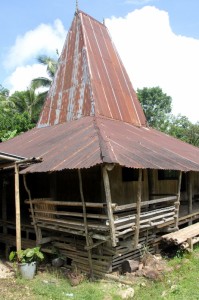 seating area on the verandah of one of the houses 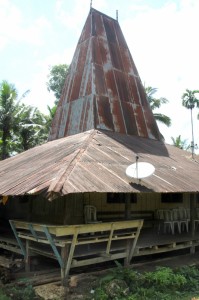 plastic chairs and a satellite dish complement the traditional house

The market it Waibukal is a rather small scale, and muddy affair, not overtly interesting, but opposite the market are many ikat sellers, with a good variety of cloths. 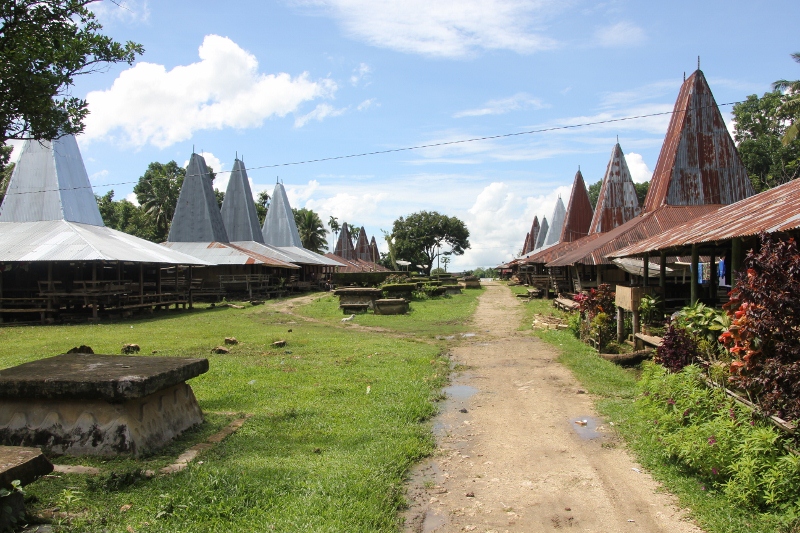 two rows of houses of Kampung Pasunga, with tombs in the middle