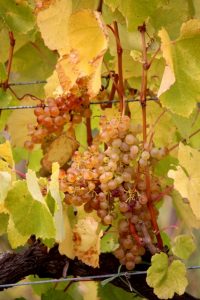 Tokaj is famous, also beyond Hungarian borders, for its wine

The wine region of Tokaj is famous the world over, but it proves not that easy to taste, out-of-season.

Yes, Tokaj is the most important wine producing region in Hungary. Or at least it is the best known of the no less than 22 wine producing regions in Hungary. We based ourselves in the village of Tokaj – where supposedly you can taste wine on every corner – but the wine region is larger and includes surrounding villages, as well. As in so many other wine areas, there is a Tokaj Wine Route, but with a zero-tolerance on drinking and driving, and only one of us driving, this is not an option. Apparently, there are also organised tours, by minivan and even by boat, but this is not generally the type of tour we enjoy, and most likely they don’t operate anymore, out of season. 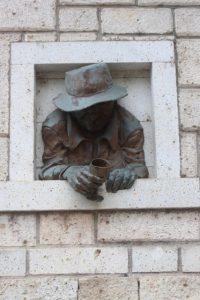 and illustrative sculptures to indicate what happens if you follow it 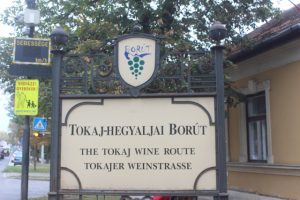 the have a real wine route 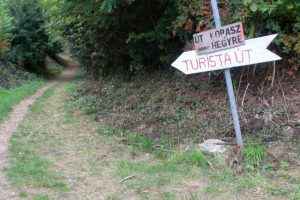 But we have a plan – that doesn’t involve driving. We take a walk to the next village, Tarcal, where we will have lunch and visit some wineries, before taking the bus back to Tokaj, to visit some more wineries. Easily fills the day. The walk is well sign-posted, and leads up what is called ‘the Bald Hill’ – which turns out to be not so bald, after all: we mostly walk through low trees and shrub, with very little of the anticipated views. The good news is that is remains dry, even though rain has been forecasted. 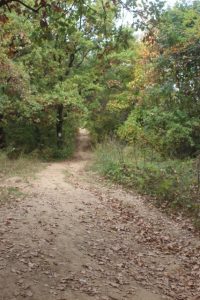 but the path is mostly through low trees and scrub 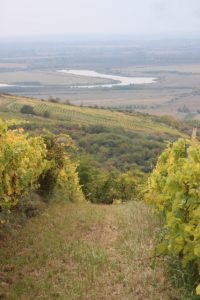 the view from the top, with the Tisza River below 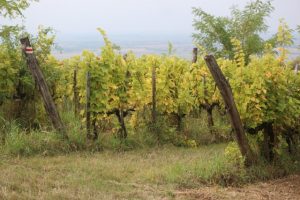 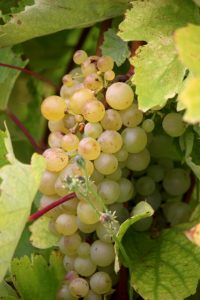 and lots of grapes 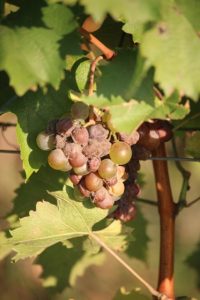 some of them have started rotting, already 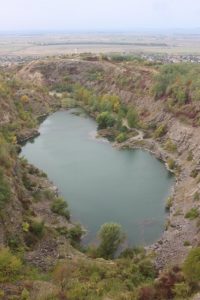 Only right at the top, at the TV tower which is present on so many Hungarian hill tops, do we get to see the distant plains, the Tisza River and some of the vineyards below.  But the day is overcast, and without sunshine the views don’t lend themselves for nice photos.

Downhill we experiment a bit with shortcuts, which improves our walking experience, as it brings us right in between the vine yards. Much nicer than the trees on the other side. Despite it being October already, there are still grapes on the vines, some of which are already rotting: this is botrytis cinerea, a process of fungus attacking the grapes, naturally dehydrating them and thereby creating relatively higher sugar levels. From which the typical sweet wines are made, for which the Tokaj region is known. Seeing it this way, they do not look particularly appetizing. 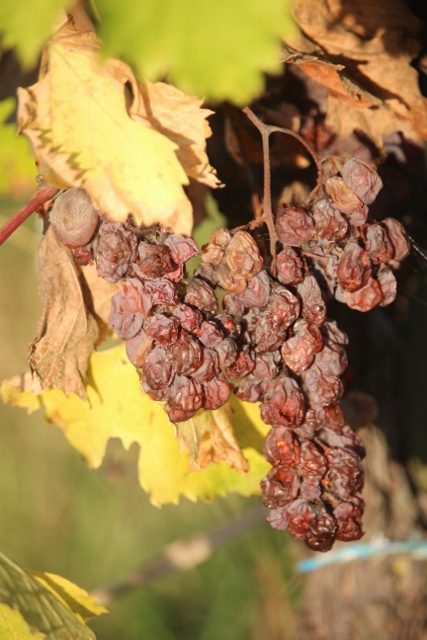 and some are ready to be harvested, for the typical sweet wine of the area

In Tarcal we encounter our first disappointment. There are no restaurants. That’s right, no restaurants at all (except for one, not very good apparently, at the far end of the village, another half-an-hour’s walk). Next disappointment: the many wine bars for which this village is famous are all closed. All of them. The tourist season is over, you see. Hmmm. We buy some food in the local supermarket, and we understand from the cashier lady, who speaks a little German, that the bus to Tokaj leaves in 20 minutes. When we come outside again, the bus just thunders past. Five minutes early. The last one of the day. They don’t have taxis here, and the nearest Uber will probably need to come from Budapest. Tokaj is another seven kilometers, along the road. And then it finally starts to rain…. 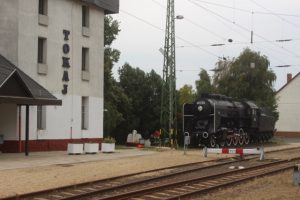 the railwat station in Tokaj 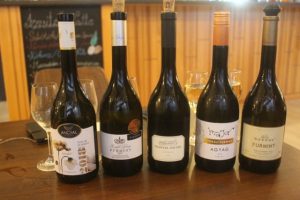 Which is when we discover that Tarcel has a train station, and an hourly train connection with Tokaj. Which works. We can wait for the next train under the roof of the station. A very friendly lady sells us a ticket for less than one Euro each, and when the train arrives, she points us to the right platform.

Ten minutes later we are back in Tokaj. Where, lo and behold, we do find one place which does wine tastings. We focus on the local grape, the Furmint, and opt for the better package, that is to say, the more expensive one. We are being served five glasses, of 1 dl each – which is quite a lot, in fact. Especially if you don’t like the wine that much, after all.

Next: wooden churches again, in the Erdohat. 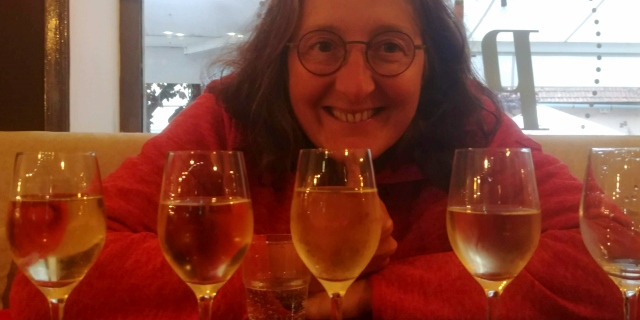 well, in single glasses only 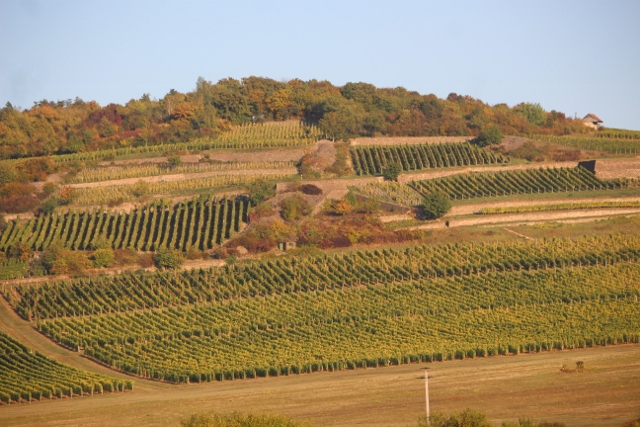 and when the sune shines, it is actually very pretty, around Tokaj