66. looking back A reading list for Chile and Peru 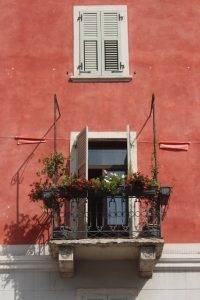 Trento is a lovely small town in the north of Italy, not very touristic yet charmingly Italian.

We have a hard life. In August 2018 we had an appointment in Austria, and one in the south of France, with a few days in between. To cover the distance, we had the choice between crossing Switzerland or going through the north of Italy. No-brainer! The food and the wine in Italy is infinitely better than that of Switzerland. Plus, the road past the 3798 m hoge Grossglockner, the so-called Grossglockner Hochalpenstrasse, is one of the most spectacular mountain roads in Europe.

Which is how we came to Trento. Not yet too badly affected by tourism, this lovely medium-size town in Northern Italy is a great place to spend a few days. Wandering its old centre is wandering Medieval Europe, from the 11th-12th Century Duomo, the main cathedral, and the mostly 16th C main town square, Piazza del Duomo, with its 17th C Fontana del Nettuno (Neptune’s Fountain), to the impressive frescoed palaces of the rich and powerful of the 15th and 16th C in the Via Belenzani and numerous other streets – many carefully, and tastefully, restored. 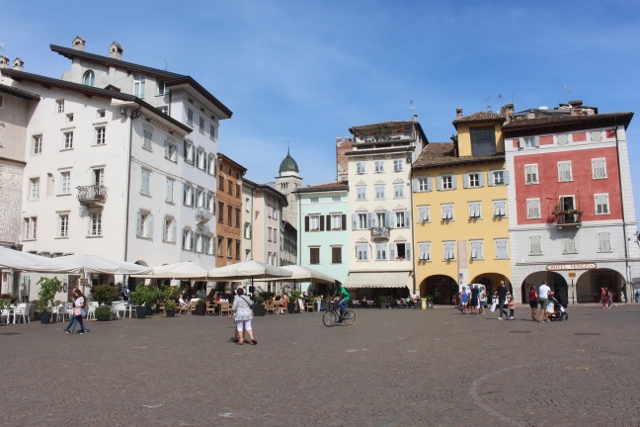 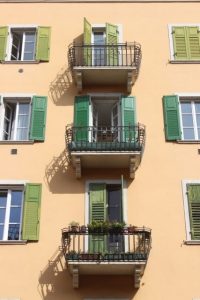 the typical houses in Trento, colourful, and balcony 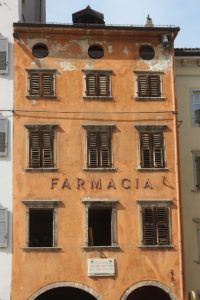 one of the buildings along the Piazza, no longer a farmacy 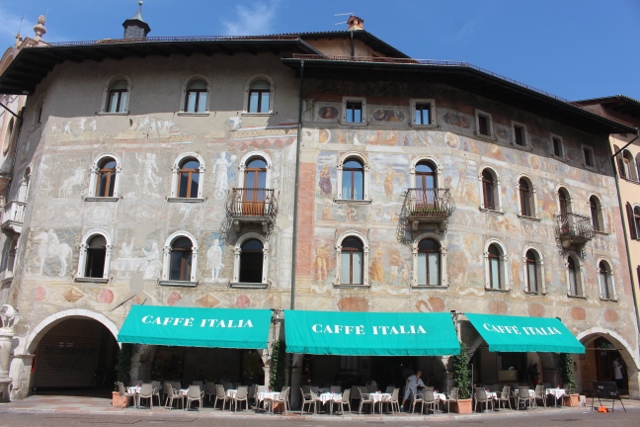 every town in Italy – and many outside, too – have a Cafe Italia, but few have such nice frescoed walls on the outside 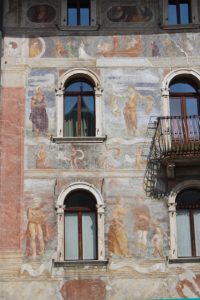 the are well restored, well maintained, and recognisable 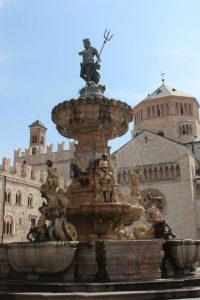 the fountain in the middle of the square, a rare moment without people 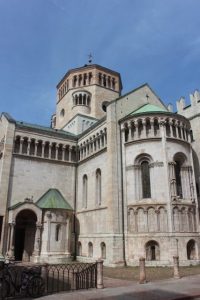 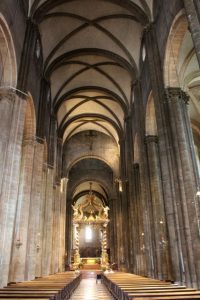 also, inside the cathedral 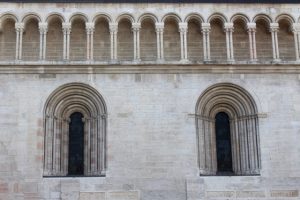 the outside wall of the cathedral 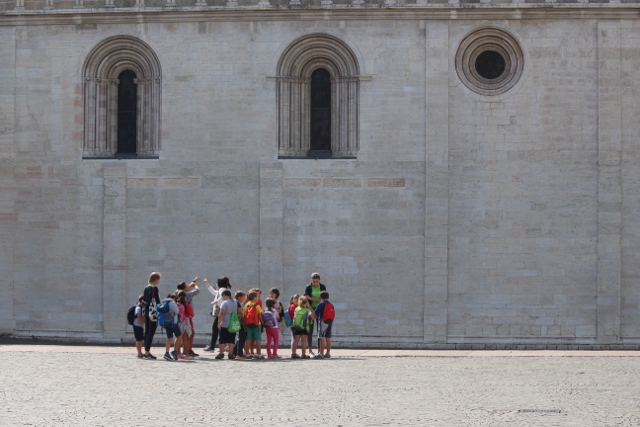 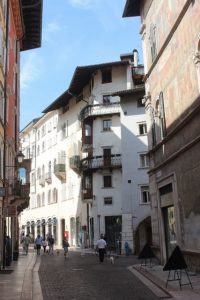 a random street in the old town

Also tasteful: the ice cream, the food, and the surprisingly acceptable local wine, from the Marzemino grapes. That said, the wineries were – equally surprisingly – totally not interested in potential customers, and tasting felt as if you, after a long wait, and having been ignored entirely during that wait, were finally, by the grace of the shop attendant, allowed to become part of the carefully kept secret of Trentino wine. It is OK, the wine, but not that good!

I am sure a travel guide or an internet site can tell you exactly what is what, and where, or ask the local tourist services. I just post some pretty pictures.