A short trip, in October 2015, was by far not long enough to take in all the wonders of Sicily. We didn’t do much nature neither beach, we omitted the volcanoes Etna and Stromboli, and didn’t get to any of the small islands around. Instead, we followed Sicily’s history of colonisation, from the Phoenicians, the Greeks and the Romans to the European powers of the Middle Ages. Lots of architectural highlights, like temples and mosaics, churches and cathedrals, but also typical doors and windows, and the ever present Sicilian balconies. A bit of colour is provided by the street markets, and some of the people. Prepare yourself for mostly photos, with a little corresponding text to put things into perspective. 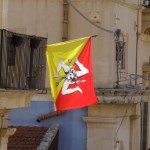 Sicily (1): a bit on arrival, on Tripani and its surroundings – salt flats -, on other north-eastern towns, and on the Phoenician ruins on the small island of Mozia. 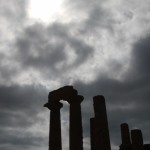 Sicily (2) – the Greek temples: the famous Valley of the Temples, as well as the Segesta temple, all perfect examples of Greek architecture, and as a bonus the unusual Farm Culture Project in Favara 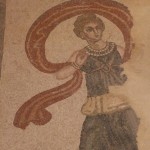 Sicily (3) – the Roman villa: a few (quite a few) examples of the spectacular Roman floor mosaics in the Villa Romana del Cassale 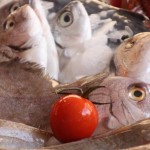 Sicily (4) – Palermo: about the Norman history of Palermo, with its 12th Century chucrh mosaics, and a variety of later architectural additions to the city, as well as the street markets 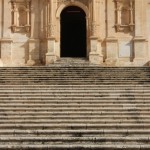 Sicily (5) – the southeast: with the Baroque palaces and cathedrals of Noto and Syracuse, and several more mundane subjects, including another street market

There is one book I recommend – mostly because I didn’t read much more on Sicily.