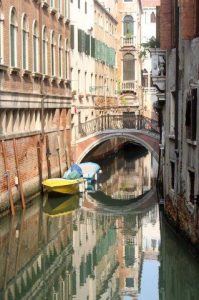 In the autumn of 2020, with the world locked down because of the Corona/Covid-19 pandemic, we drove to Italy. After all, the lockdown also provided opportunities, for instance seeing the usually tourist-swamped Italian cities of Verona, Venice and Florence without those tourists. And indeed, with Europe closed for holidaying cash-rich Asians and Americans, we had all of this historical Renaissance heartland largely for ourselves – or so I imagine, because I have never seen this part of the world under normal circumstances, of course. A good three weeks of churches and museums, covered in below thriteen blog entries, plus individual photo impressions of some of those museums (still to come…). 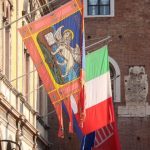 01. the first Italy plan: I call this the first Italy plan, because I suspect we will be coming back a few times. Italy is too big to cover in one trip, and besides, we are not in a hurry, we can take it easy – because Italy is also driving distance from home, and a lot easier to return to than, say, Indonesia or Peru. 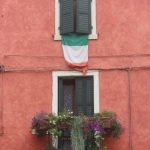 02. Valpolicella: It is somewhat unfortunate that our culture trip to Italy needs to start with an exploration of the various wine areas around Verona, especially Valpolicella and Soave.

We have settled for a couple of nights in Verona, our first stop in North Italy. But the next day is a Monday, the day that most museums are closed, so we decide to first explore the wine region north of town. 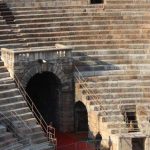 03. Verona: The first major town on our trip, Verona, has a lot to offer in terms of historical sites, as well as some cultural education, and a real nice atmosphere in the old town.

Back from Valpolicella, we leave the car in an underground parking for the next few days, and explore Verona on foot. Altogether, the historic centre, where we have our hotel and where the many guidebook attractions are, isn’t particularly big, in half an hour you reach everywhere, walking. 04. Venice: Four days in Venice, discovering highlights and hidden corners, culture and great food. This city breathes a special atmosphere; so brace yourself for a barrage of photos!

I have never been to Venice before. To everybody who always said that it was such a lovely city, I told them I thought it was highly overrated. But I have to admit that I was wrong. 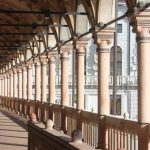 05. Padua: Padua as a city is actually a bit disappointing, but there are still plenty of reasons to visit, not in the least the richly decorated baptism chapels.

I suppose every city you visit immediately after Venice is going to be a disappointment. Padua is nice, has a lovely historical centre, with lots of lovely squares, and notably, lots of arched galleries along many of its streets. The squares are occupied by market stalls in the morning, and in the afternoon they are being transferred into big terraces, where the student community congregates with a spritz cocktail – dark red Campari, but more often bright orange Aperol. 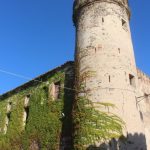 06. outside Padua: Not all our plans always work out perfectly well.

It is one of those days. We have planned to take the train, for a 16 minute ride, to Vicenza. We arrive at the station at 9.38, without ticket, and we clearly won’t make the 9.40 train. So let’s take the next train. But this leaves in a little over one-and-a-half hours, at 20 Euros a ticket, or in two hours, for a more normally priced ticket – I check the train times later again, and indeed, between 9.40 and 11.16 there are no trains to Vicenza; the rest of the day there is a train every few minutes, worst case after half an hour.

So we fall back on Plan B. We get to the car, for a drive in the countryside around Padua. 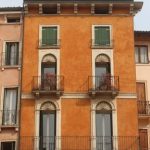 07. Vicenza: Perhaps one of the nicest cities in Northern Italy, Vicenza is all about the architect Palladio, who has had a hand in a wide variety of fabulous tourist attractions – if you like architecture, of course.

Going to Vicenza was a bit of an afterthought. We first thought of going from Verona, by train, for the day – after all, its historical centre is not very big. But we choose to head for Venice instead. But now we have an extra day in Padua, and from here Vicenza is also very close, by train – as long as you get to the station in time, of course. 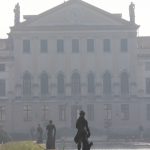 08. another day outside Padua: Along the Brenta Canal, outside Padua, there are several fabulous villas, built in the 16th to 18th Century. We only had time to visit one, the extravagant Villa Pisani.
Having admired some of the extravagant villas in Vicenze, we have to attend to some unfinished business outside Padua, as well. On our way in, driving from Venice, we already had noticed some fabulous houses along the road, the so-called R11, so we decide to explore this stretch of road with a little more time at hand. 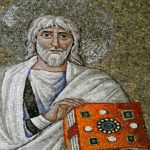 09. Ravenna: It was raining in Ravenna, but that didn’t affect the main attractions in town, an incredible collection of UNESCO World Heritage protected mosaics in several chapels and churches.

I wonder why it is that almost everywhere in Northern Italy they have churches and museums with medieval paintings, except in Ravenna? And why is it that in Ravenna, unlike everywhere else in Italy, they have mosaics? Perhaps this is because Ravenna is steeped in Roman and Byzantine history of the 5th to 8th century, older than most other Northern Italian cities. The time that mosaics were the decorative artform of churches, preceding the frescoes of Medieval times. 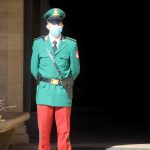 10. San Marino: There is little to do in San Marino, except that we can now say that we have been to another independent country.

Technically speaking, San Marino does not belong in an Italy blog, of course. The independent Republic of San Marino should really be treated as a country on its own. With 62 km2 and a little over 30,000 inhabitants, it is the oldest still existing republic in the world, with the oldest still existing constitution of the world. But for all intents and purposes, for the traveller cum tourist San Marino is just another part of Italy. You don’t cross a border, you don’t change currency, you don’t adopt another language. It is just that fuel, alcohol and cigarettes are a little cheaper, and there are, curiously, an inordinate number of banks. So that defines the business model of this country, too; successful, as San Marino is one of the richest countries in the world, in terms of BBP. 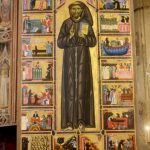 11. Florence: Florence – or Firenze in Italian – has all the art treasures and historical architecture you expect from this major tourist city. But it lacks a bit of atmosphere.

The second major target of this trip, after Venice, is Florence – or Firenze, in Italian. Another of those Italian cities with an overdose of historical buildings and incomparable museums, usually accompanied by an overdose of tourists, too. But most of those, we anticipated, would have stayed at home in Corona times. Which was correct, although we do see a few Chinese, and also the occasional tourist group with an umbrella-wielding tour guide in front, something so far conspicuously absent from our trip. 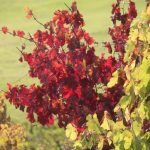 12. Tuscany: The last few days of our Italy journey we spend exploring the Tuscany region, away from the big towns. Inescapably, that exploration includes wine, as well.

We could continue our art journey for weeks more, with the towns of Pisa and Siena only an hour, or so, away from Florence. But there is a limit to touristic cities, souvenir and leather shops, must-see museums and frescoed churches we can handle. So we decide to focus the last few days of our trip on Tuscany, the rural area, away from the tourist infrastructure. 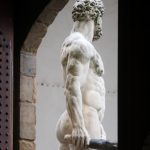 looking back on Italy

13. looking back on Italy: Usually the last entry of the blog is a short, or sometimes longer, looking back on the trip, with a personal note often accompanied by some smart-ass observation. So what can I say about almost four weeks Northern Italy?