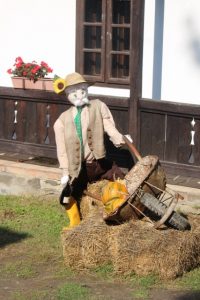 straw puppet in a garden of a Holloko house

The tourist trail we have been following the last few days finds its culmination in Holloko, supposed traditional village.

I begin to wonder whether a UNESCO listing is a blessing or a curse. Holloko is yet another village declared World Heritage Site, and like that other village we encountered earlier, Vlkolinec in Slovakia, it seems to rob the place of all its spontaneity – exactly the thing that makes a rural village often so appealing. 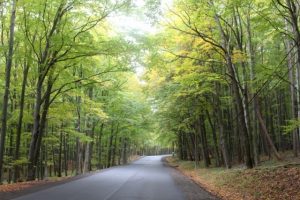 the forest, on the way to Holloko

To get to Holloko, we drive through further wooded landscape, a bit like the Bukk Hills on the way to Miskolc, and on an equally winding road without much stopping opportunity. But the closer we get, the more agriculture takes over in the countryside. 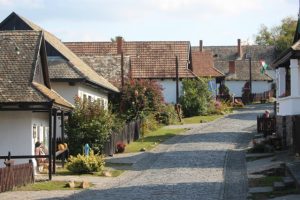 one of the two village streets in Holloko 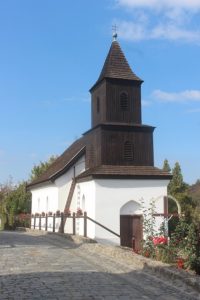 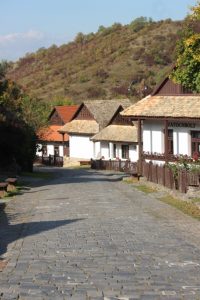 and the other street – and that is all

In Holloko we are directed to a large parking area, and then we walk a few steps down towards a two street affair, which is lined with traditional houses. Well, ‘traditional’ here refers to the houses that have been rebuilt after 1909, when the whole place burned down. And by now, apparently, are mostly owned by Budapest yuppies, who have the funds to maintain the houses, and to beautify them with a whole range of ‘traditional’ paraphernalia which, I am sure, have nothing to do with the authenticity of the houses. Not just flowers, but also all kinds of decorative cart wheels and other agricultural tools, and pumpkins – it is the season. Which may also have prompted the creation of pumpkin-headed straw puppets, somehow all with a focus on alcohol consumptions, and perhaps linked to Halloween. Ah, and many of the yups have brought their business, too. There is a pottery shop, there is weaving, and all sorts of decorative artefacts are being sold, whilst a significant number of houses have been turned into cafes and restaurants. 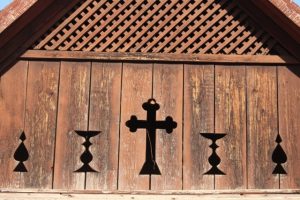 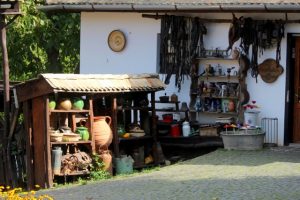 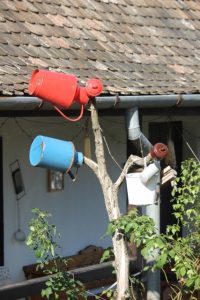 decorating a tree, not sure about the meaning of this 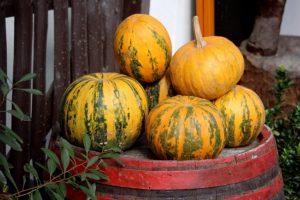 You know, it is all just a bit too artificial, too picture-perfect, too smooth to look like a real village. The only thing that gives us the feeling of authenticity is the little church, with wooden bell tower: it is closed.

Next: we go to Budapest. 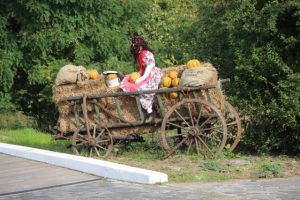 the tourist-pleasing continues outside the village, another straw puppet 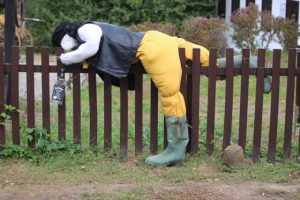 and this one is characteristic, somehow most of those puppet carry a bottle 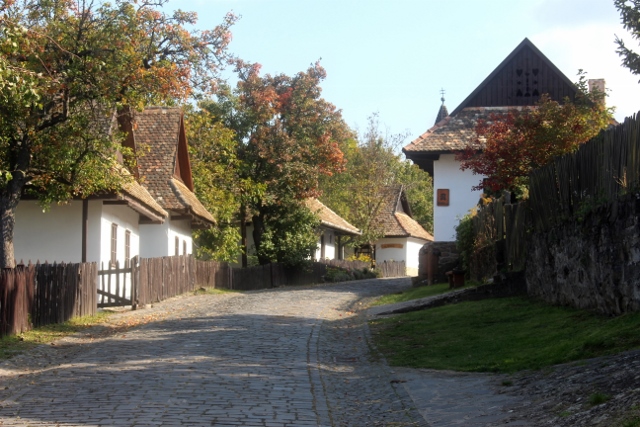