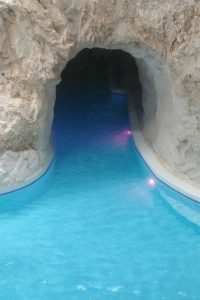 main target for the day: the spa outside Miskolc

Everything we came to Miskolc for was closed, except the spa, located in a real cave system.

There were various reasons to go to Miskolc. The Bukk Hills, in between Eger and Miskolc, are a beautiful nature area, and especially in autumn, when the trees turn bright yellow and red. But the day was grey, with little sunshine, and then the colours become a lot less attractive. We drove through, or rather, over the hills – there is only one road, constantly winding up and down, but with hardly any space to stop, and get out of the car. Neither is there much to see, apart from the trees, because most of the potential distant views are shielded by those trees. 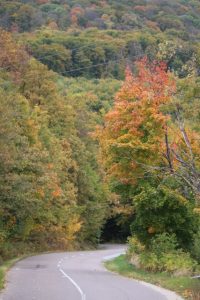 autumn colours along the road through the Bukk Hills 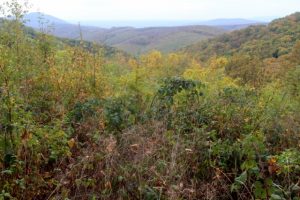 most of the view, if any, obscured by trees and scrub 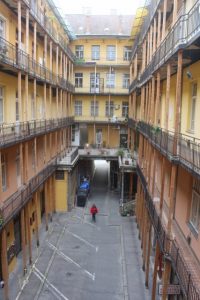 an absolutely fabulous apartment building with inner courtyard, in Miskolc 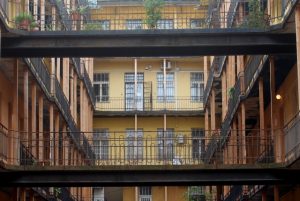 another view, of galeries and walking bridges between the two sides 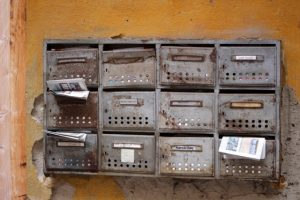 some of the letter boxes of the apartment building

In Miskolc was a church I wanted to see, and the Jewish cemetery. Both were closed, and were not going to open, that much was clear. The town itself held some unexpected, if mostly badly run down, architectural surprises along its main pedestrian thoroughfare, in the form of stuccoed gables and windows, charming little balconies and the courtyards of whole apartment buildings. 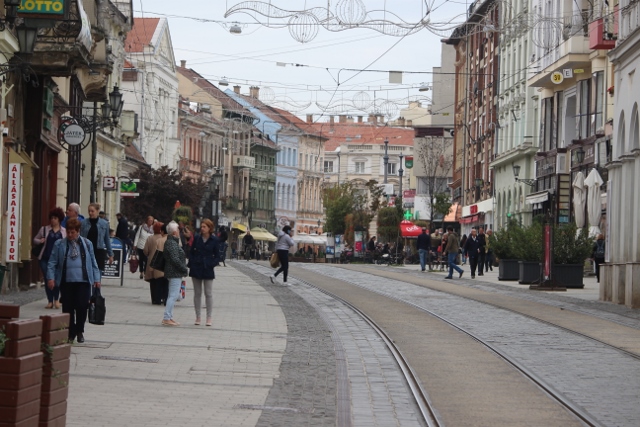 the mildly attractive main street. pedestrians only (and trams) 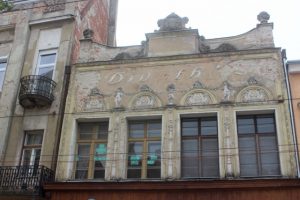 one of the buildings along the street 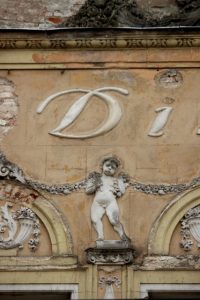 detail of the stucco decoration 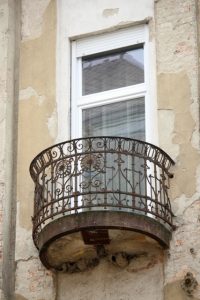 and a small balcony, hardly enough for one chair 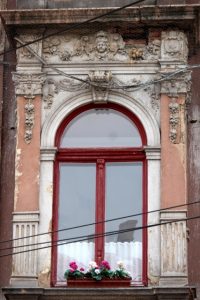 a window, in need of maintenance 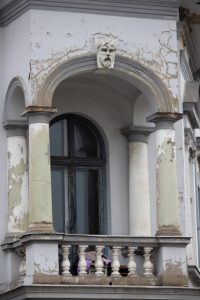 and another balcony which could do with some repairs where is the world? door knobs 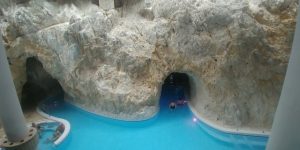 the entrance of the cave spa complex 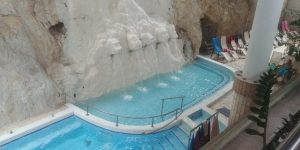 and another view, of the ‘natural showers’ 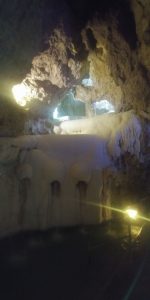 caves there are, all right 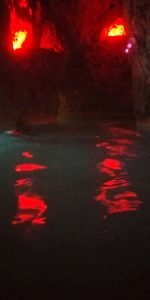 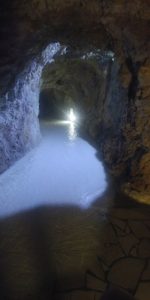 but the corridors are not that deep 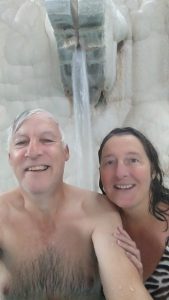 and then there is the selfie-taking public, on top of everything else

But the real reason to come to Miskolc was its spa. Admittedly, my travel companion and I have slightly diverging views about the merits of visiting a spa. But now that we have been in Central Europe already for a week or three, without having inside a single one, the pressure is mounting – not in the least after yesterday’s disappointment in Egerszalók. Just outside Miskolc, located in a resort complex called Miskolc-Tapolca, there happens to be a special spa, with warm water baths situated in a set of caves discovered a hundred years ago. If there is one spa we need to visit…

What can I say? We had expected steaming hot sulphur smelling water, yet, we got not all that warm water, pretty cold actually, smelling of chlorine. Anything outside was closed, of course, it was much too cold. From the main indoors pool, waist-deep, a few corridors led into the ‘caves’; sure enough, they led through real limestone rock, but how original the caves and the corridors were, I find difficult to assess. Certainly, the extensive tiling of the sides and the bottom of the corridors, and the cave pools, were not. Neither were the moons and stars painted on the roof of the highlight of the complex, a round cave with a tall, almost perfectly arched roof, which created a massive echo to everything being shouted. Which, of course, was a lot – why else would you have a cave like that?

It turned out that everywhere the pools were waist-deep, difficult to really swim; in any case the corridors were too narrow for a breast stroke – much else I don’t master. And what is it, with darkish caves and luke warm water, that people – couples – suddenly have to be all over each other? Get a hotel! The best thing, really, was that further inside the complex a second water level, reached by steps out of one pool and into another, was indeed a little warmer. Almost pleasantly warm, even.

No, we will need to find a better spa, before the end of this trip.

Next: another village, Holloko.