one of the biggest sculptures in the memento Park, the ‘Monument to the Hungarian Socialist Republic’

The Memento Park is a must-see, when in Budapest. It contains a raft of discarded sculptures from the communist era.

In the category ‘rareties’ the Memento Park, in the outskirts of Budapest, scores pretty high. Already at the entrance we are being treated by communist music meant to uplift the worker’s spirit. Is puts us in the right state of mind for this unique collection.

At the time communism ended, with the fall of the Berlin wall and all the subsequent Soviet-supported regimes – and with the fall of many of the statues and plaques honouring the communist heroes and the eternal Soviet-Hungarian friendship – somebody real smart thought of collecting all those toppled sculptures. And when the time was ripe, put them together in a sculpture park, as a memory to forgone times. Everywhere else in the world a statue of Lenin, let alone Stalin, would be frowned upon, would be unacceptable, really, but not here, in the Memento Park (well, and in Kyrgyzstan we also saw plenty of Lenin sculpture remaining, but that’s another, distant country). 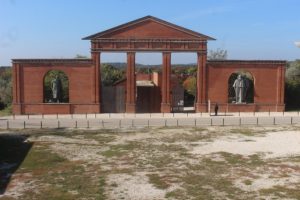 the entrance to the park, with Lenin to the left and Marx and Engels to the right 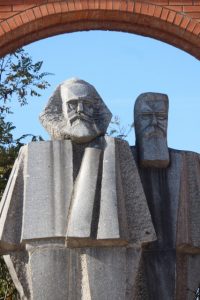 in fact, Marx and Engels have been subjected to a Cubist art style 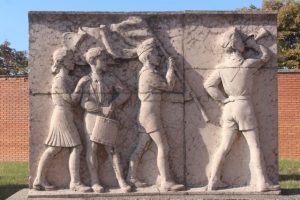 children, too, were a popular subject matter, here part of ‘The Peace Guard’ 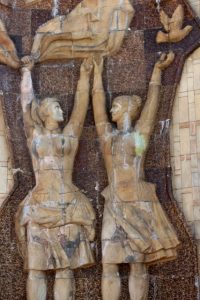 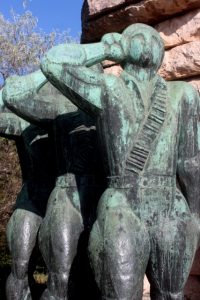 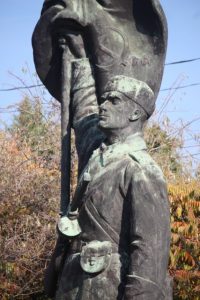 and this is the ‘Liberation Soviet Soldier’ 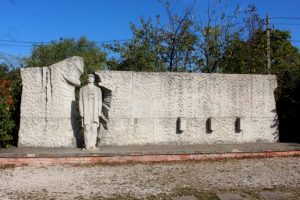 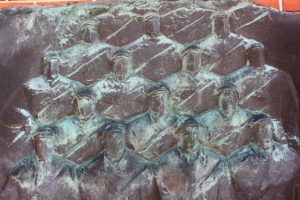 There is no real structure to the park, and the exhibited sculptures. They are Hungarian, and they all relate to the friendship between the Soviet Union and Hungary, to the liberation of the country by the Soviets, to the heroes that stood up subsequently – after 1945, but also after the brutal crush of Hungarian liberal uprising in 1956 -, and even to the heroes of the short lived Hungarian Communist Republic from Bela Kun, in 1919. In fact, the Bela Kun memorial, for his 100th birthday, is perhaps artistically one of the better pieces; many others are pretty crude, but functional nevertheless – at the time.

Great place to spend some time, this collection.

(and do buy the visitor’s guide to the park, “In the Shadow of Stalin’s Boots”, which is, with its unique photos and extensive background information, much more than just a guide)

Next we go inti the Bend of the Danube, first Szentendre 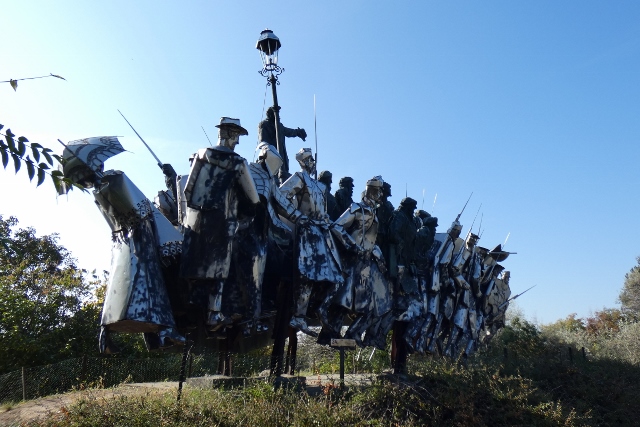 this is the ‘Bela Kun Memorial’, for the 100th aniversary of the birth of this early communist leader and most of it dedicated to the soldiers 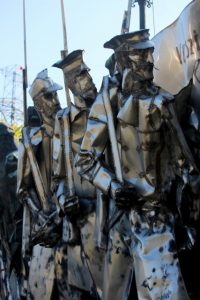 most of it cast in chrome, instead of bronze 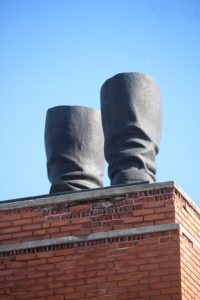 and this is what’s all about: Stalin’s boots (in fact, a replica), which was all there was left of the man after the 12 days uprising in 1956 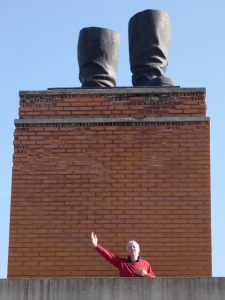 Stalin was not Lenin, and neither am I, but anyhow 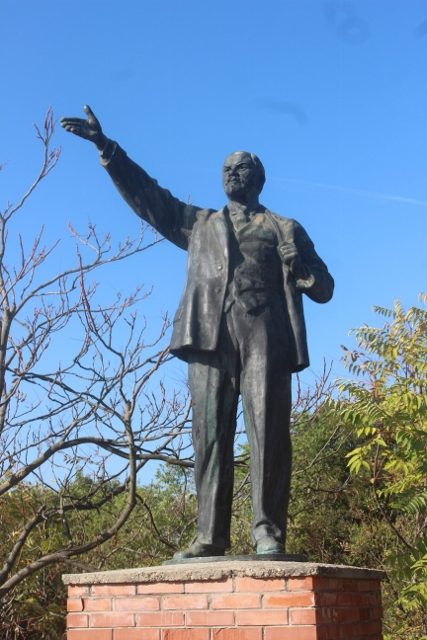 Lenin is over-represented, in the park