the church of Szentendre, and the streets prepared for the tourist invasion

Szentendre, not far from Budapest, is a lovely small town, fully given over to the tourists.

One of the more poetic elements of Hungarian countryside is the so-called Bend in the Danube. The river, flowing west to east for a while, forming the border between Slovakia and Hungary, suddenly turns south, to head for Budapest. And in this small piece of Hungary are a number of attractive, and historically relevant towns, that have to be visited, of course. 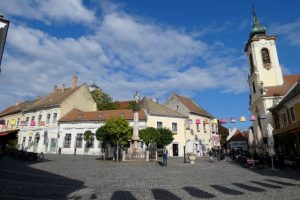 the Fo Ter, the towns square, before the tourist invasion 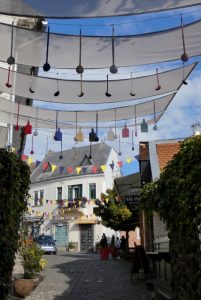 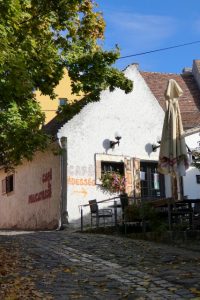 And the first one is Szentendre, just 19 kilometres north of Budapest. Today, the town – or village, rather, its small centre doesn’t warrant the reference to a town – is an artists’ colony, for some reason unclear to me linked to the fact that Szentendre receives more sun than any other place in Hungary. Why this would attract artists, I don’t know, and in any case, historically, this has obviously been completely irrelevant, because for centuries the town has been a refuge for Serbians, who had no claim to long sun hours. The first Serbs arrived after the Serbian defeat by the Turks in Kosovo, in 1389, and subsequent waves of refugees also flocked to Szentendre, usually fleeing Turkish armies. They established a Serbian Orthodox stronghold, which today is one of the main tourist attractions – together with all those artists, of course, who present their products in the numerous galleries and artists markets that occupy the squares. Never mind that the only gallery cum museum that we wanted to visit, was closed. What else had we expected, this journey? 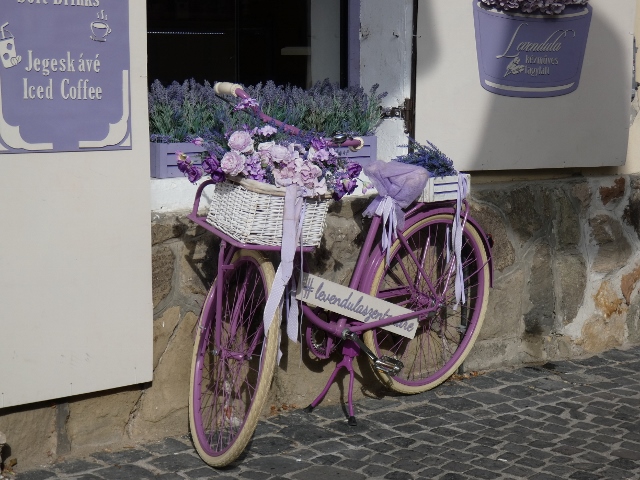 coffee shop – if you see this, you know you have hit the tourist trail 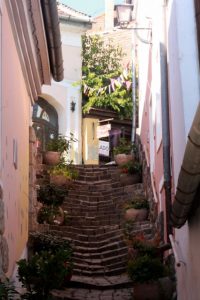 stairs to the higher village squares 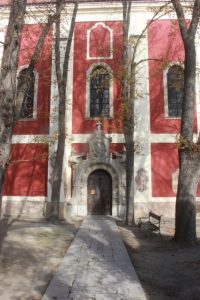 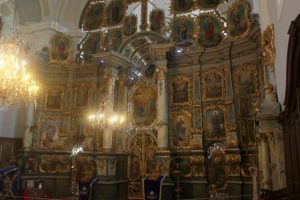 the iconostasis, quite big 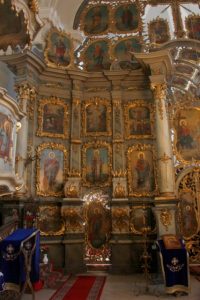 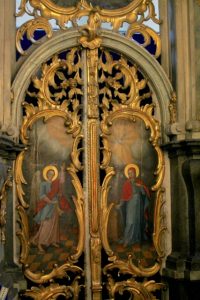 As said, Szentendre is really small, and we almost missed one of the three squares, the one with the Parish church. But we did see the Serbian Belgrade church, which has a truly impressive iconostasis. And we were early enough to admire Fo Ter, the main square in town, without the tourists – half an hour later the place was full of tour groups that come from Budapest on a day trip. Who also formed a long line in front of the Marzipan museum, which we therefor decided to skip, too.

Otherwise we don’t make it in time to Visegrad.

(By the way, most pictures here have been taken by my travel companion) 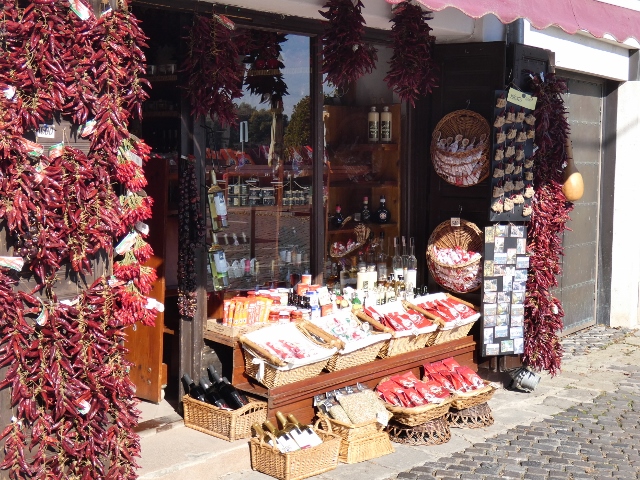 Tagged with → Bend of the Danube • Central Europe • hungary • Szentendre