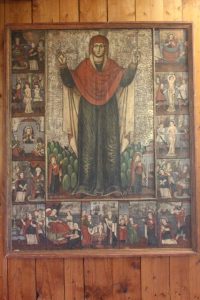 Saint Parasceve, with scenes of her life, an icon in the Dobroslava church

North of Svidnik is the Greek-Catholic wooden church in Dobroslava, built in 1705, and dedicated to Saint Parasceve. Parasceve was a woman who inherited a great deal of money from her parents, which instead of using herself, she distributed amongst the poor. She never married, and was executed in prison after having been accused of being a Christian during the reign of Emperor Diocletian in the 3rd Century. 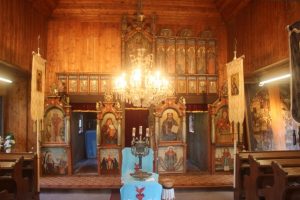 inside, the iconostasis, with half of the apostles, and all the way to the right the Last Judgement painting

The main treasures of the church are an iconostasis, of which half the apostles have disappeared, and a huge painting of The Last Judgement. The latter is, apparently, being restored, which means that a strip of the icon is presently unpainted – or so I understood. There is also an icon of Saint Parasceve herself, with scenes of her life.

Nearby is also the UNESCO-listed church of Bodruzal. 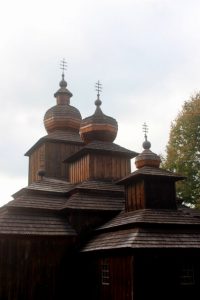 the triple onion-dome towers of the wooden church of Dobroslava 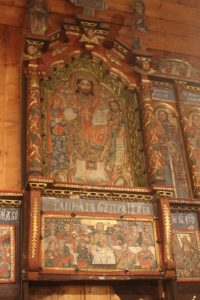 central part of the iconostasis 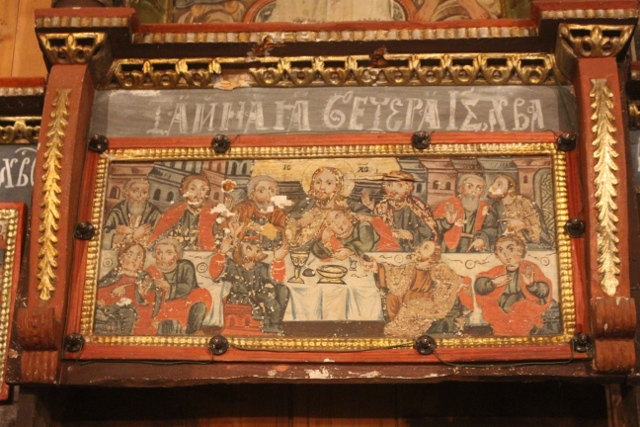 Last Supper, part of the iconostasis 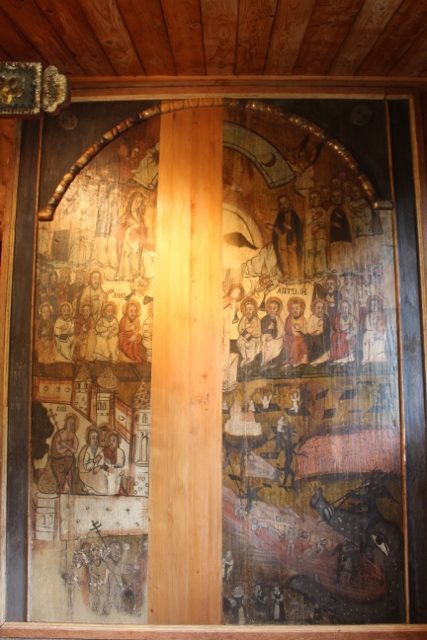 The Last Judgement, the treasure of this church, partly restored 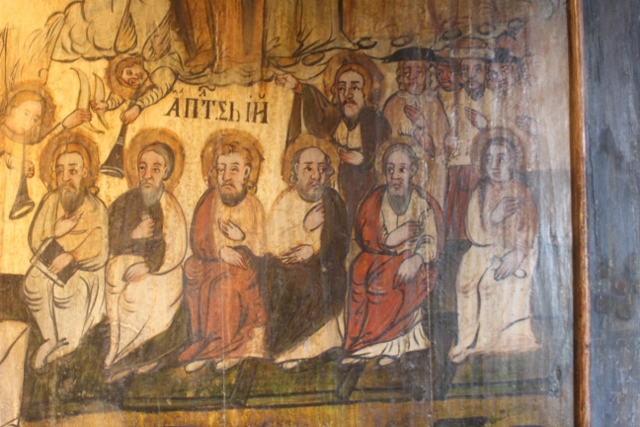 detail of The Last Judgement 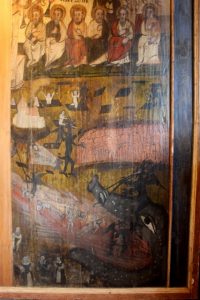 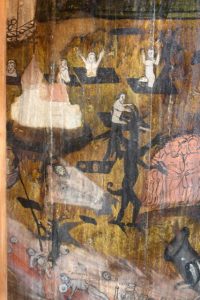 where all the little devils are entertaining themselves 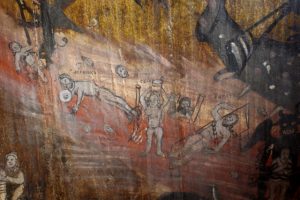 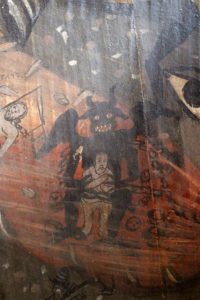 helped by a wingen devil