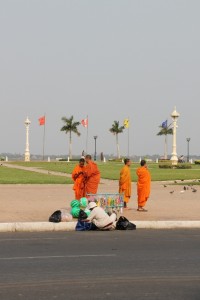 Cambodia’s capital city has it all, in small doses: a great place with a great atmosphere.

Phnom Penh, then, Cambodia’s capital. A lovely city! Vibrant, active, alive with people, and with motorbikes and bicycles and cars and tuk-tuks and anything else that moves, without much structure. Busy enough to give you a feel of a biggish city, but not busy enough to clog up all traffic.

This place has it all, although in relatively small doses. A riverside boulevard, along the Tonle Sap River (which flows into the Mekong), complete with trendy cafes and restaurants. A colonial-era neighbourhood with large old French villas  A selection of temples and palaces (see the murals of the Silver Pagoda here). Several colourful markets, no matter whether it is food or cloths or souvenirs you are after. And an impressive, albeit depressing, museum depicting some of the excesses from Cambodia’s Khmer Rouge era. A great place to spend a few days: you would make a mistake if you only come here to transit to and from other locations. 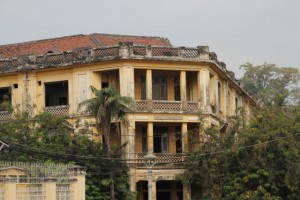 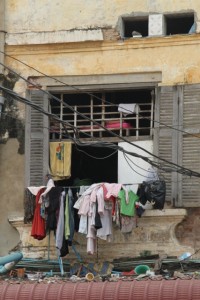 … which are still being occupied 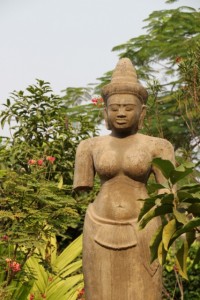 Khmer statue outside the National Museum 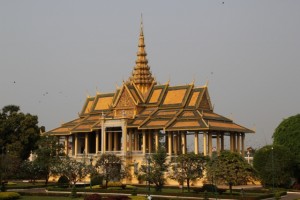 One of the buildings in the Royal Palace complex 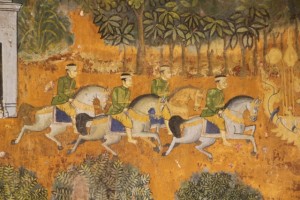 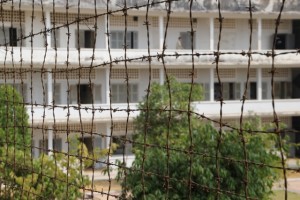 The Tuol Sleng, a highschool-turned-prison during the Khmer Rouge time, is now a prison-turned-museum, to the memory of those that died here