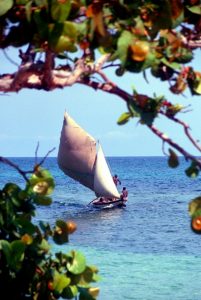 There are several idyllic beaches west of Cap-Haitien, where the waters are also excellent for snorkling.

The most accessible beaches in Haiti are along the Cote des Arcadins, some 60 to 80 km drive north of Port-au-Prince. Here are the likes of Kaliko Beach Resort, Wahoo Bay Beach, and even an ex-Club Mediterranee, a relic from the time Haiti was a popular tourist destination. But the beaches are nothing special, and the drive, easily two hours over a potholed road, is not the most attractive, even before you consider the possibility of being robbed on the way back to Port-au-Prince, if you get back too late and its starts to become dark. There is a beach alternative, in the north of Haiti. 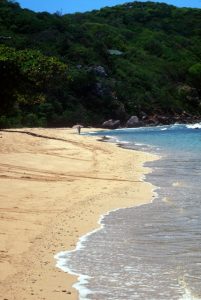 the beaches at Labadie and Cormier Plage

To the west of Cap-Hatien is Labadie, an idyllic beach resort named after a Frenchman Marquis de La Badie, who settled here in the 17th Century. However, these days it is called Labadee, by Royal Caribbean Cruise Lines, the company that leases the beach from the Haitian government, apparently until 2050. The resort is fenced off, nobody except employees from the company, are allowed in. And tourists, of course, but only those from the various company cruise liners that moor off the coast, and are being brought onshore by launches. On the island of Hispaniola, or so they are being told, to conceal the fact that they are coming to Haiti, which may scare them. Oh, and for good measure, those tourists are of course not allowed to leave the resort, even if they would want to. 20th Century apartheid, perhaps? 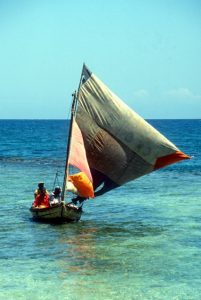 more sailing, in the north and I love the sails they use! 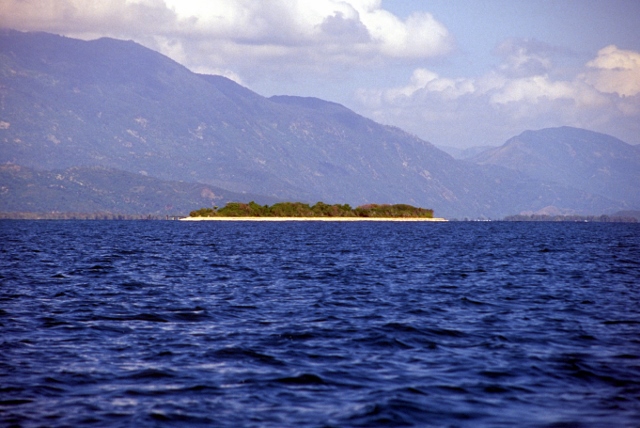 one of the small idillyc islands off Cormier Plage a schoo of tropical fish 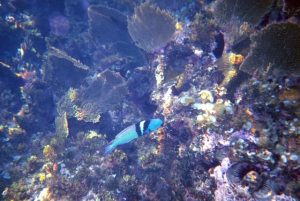 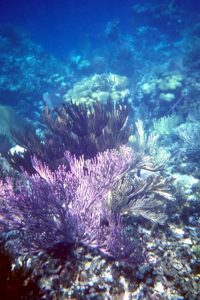 these are plants, I think 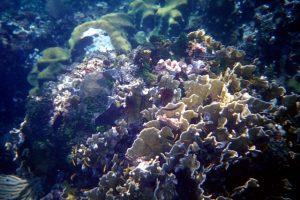 and corals, with fish in between 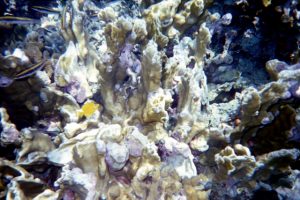 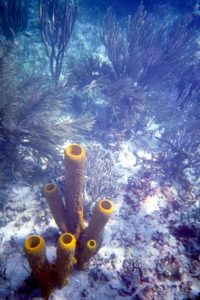 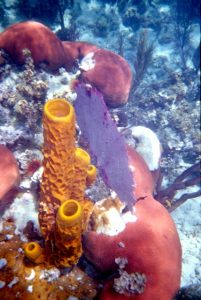 Luckily, there are more resorts in North Haiti, with equally pristine beaches and fabulous corals. Our favourite was Cormier Plage, sufficiently comfortable yet eerily empty on the few weekends we visited here. Not a lot of customer focus either; you could only rent the boat to bring you to small offshore islands in the mornings, because the owner of the resort needed it in the afternoon for his own diving activities. Yet, on the few occasions we managed to get hold of the boat, we went out snorkelling to observe the most fabulous colourful corals and the most incredible tropical fishes. And we even encountered an antique ship’s canon!

Nice get-away, the north of Haiti. 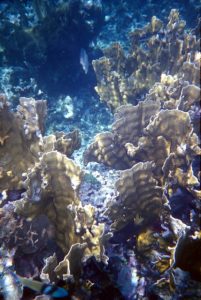 or this, also coral, I think 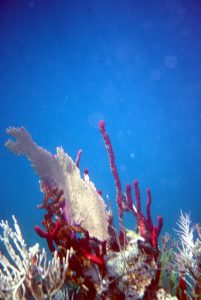 this is NOT a turquoise sky 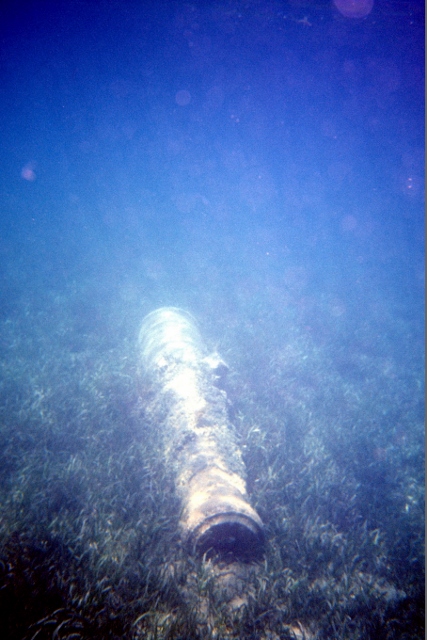 and there he is, the ship’s cannon!