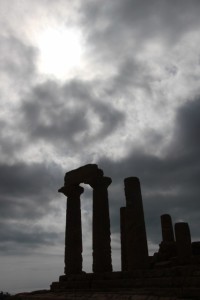 the Hera temple, on of the best preserved Greek temples in Sicily

After a few days we gave up our base in the west of Sicily, and moved eastwards. 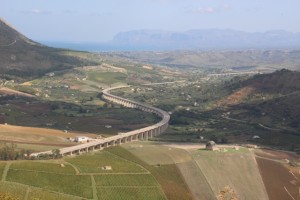 a motor way snaking through the Sicilian landscape

The island has an impressive network of motorways, much of which is raised above the land. The speed limit on Italian motorways is 130 km/h, but there are in fact very few places in Sicily where this applies. On most parts of these splendid motorways some form of restriction is in place, for instance a 110 km/h limit from which you have to reduce speed further at exits and entries to the motorway, or 80 km as soon as you get onto one of those viaducts, and back to 70 for exits and entries, or 60 for road works, of which there are many – well, road works is the wrong term, because nobody seems to be working on these roads! Nobody seems to be respecting the speed limits, either! 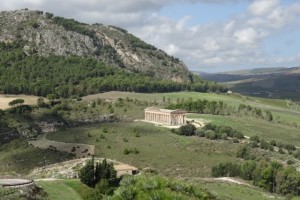 the Segesta temple from afar 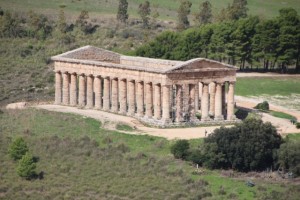 the Greek temple in Segesta 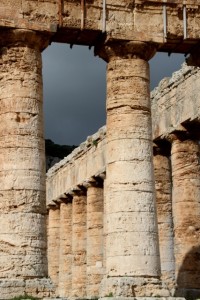 Doric columns of the Segesta temple 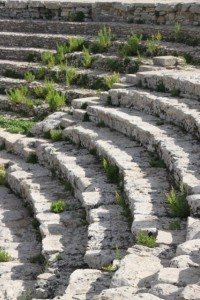 seats of the Greek theatre near Segesta

The same ‘best-preserved’ claim that was used for the Phoenician ruins goes for Greek temples, too, of which the best ones are to be found in Sicily – something I have had confirmed by sources independent from our guidebooks. A near perfect example is the, apparently never completed, temple at Segesta, dating from 430 BC. And not only the temple, but also its setting in the desolate mountains is impressive. A Greek theatre, some 30 minutes walk up the hill, is an extra bonus to the site, especially because for those in a hurry, or less fit, walking can be replaced by using the shuttle bus. 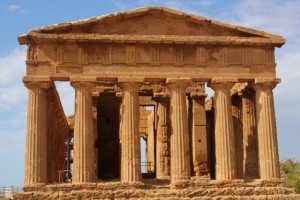 the Concordia temple, in the Valley of the Temples 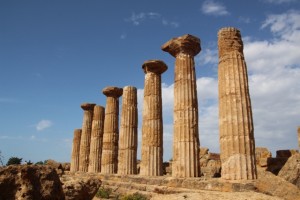 the remaining columns of the Hercule temple, also Valley of the Temples 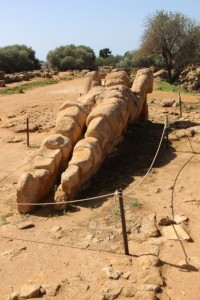 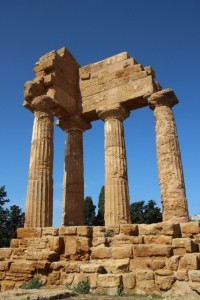 another small temple in the Valley of the Temples

Segesta was in a constant state of war with Selinunte, another Greek settlement, apparently with equally impressive temple remains – which, however, we skipped due to lack of time. Instead we continued to Agrigento, home to what is called the Valley of the Temples. A bit of a misnomer, as the temples, a whole series of them, have in fact been built on a ridge, to be visible for homecoming sailors. This is Sicily’s most popular tourist site. Walking from one end to the other, perhaps a little over a kilometre, one passes temple after temple, the one even better preserved than the other, but also traces of lesser dwellings, of the outer wall, of burial chambers, and of an intricate irrigation system.

A short drive away from Agrigento, which itself isn’t the most attractive of Sicilian cities, is Favara. Now is Favara also not the most attractive, but what sets it apart is the so- called Farm Culture Park, an initiative of two local artists, who back in 2010 bought a couple of abandoned buildings in the town centre, and invited other artists to help transform the place in a neighbourhood brimming with culture. And they succeeded. Although we visited on a drizzly, dark day, the traces of art and expression are all over the place, and it is easy to imagine how a community of resident and visiting artists stimulates and influences each other.

Next is some Roman legacy on Sicily. 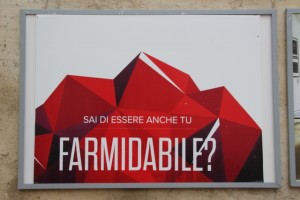 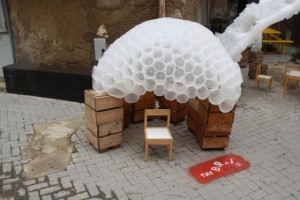 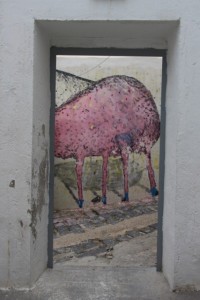 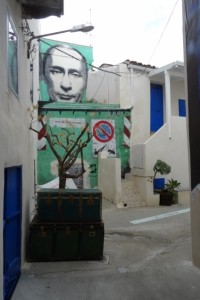 an alley in the Farm Culture Park 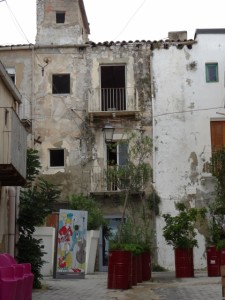 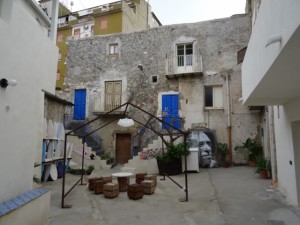 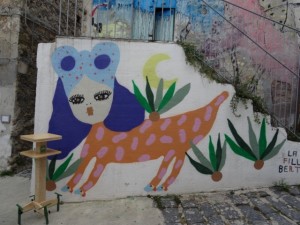