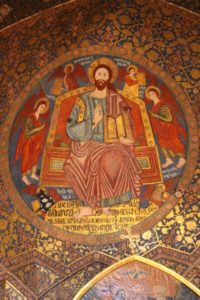 fresco inside the Armenian church in Isfahan

Away from Isfahan’s spectacular Islamic architecture the small Armenian community has built its own churches, like the Vank Cathedral and the Bethlehem Church.

Another upshot of Shah Abbas the Great’s construction drive in Isfahan was the large-scale relocation of thousands of Armenians, skilled craft’s people whose know-how and  expertise were to be used in building the new capital. They were housed south of the river – away from the Islamic centre – in a neighbourhood called New Jolfa, after the town where many came from, now in Northern Iran. 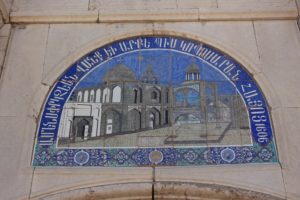 mosaic of the Vank Cathedral, outside the Cathedral

An estimated 5000 Armenians are still living here, and meet in Vank Cathedral, the building of which was completed in 1664. The tile decorations on the lower part of the walls are very similar to those in the mosques of Isfahan, with geometrical shapes and animal motifs, whilst the upper part of the walls contain frescoes with images from the Old and New Testament.

More frescos, somehow looking more authentic, can be seen in the nearby Bethlehem Church, much smaller than the Cathedral, but also much quieter, allowing a leisurely inspection of the images, and of the tiles that, here, too, are present on the lower wall sections. Worthwhile your visit, if you have the time. 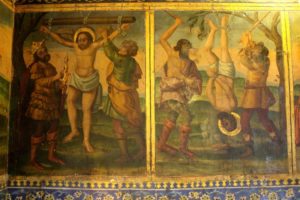 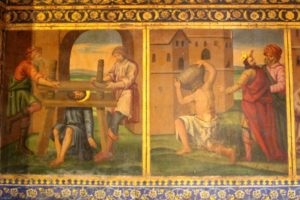 and more of the same, Bethlehem Church 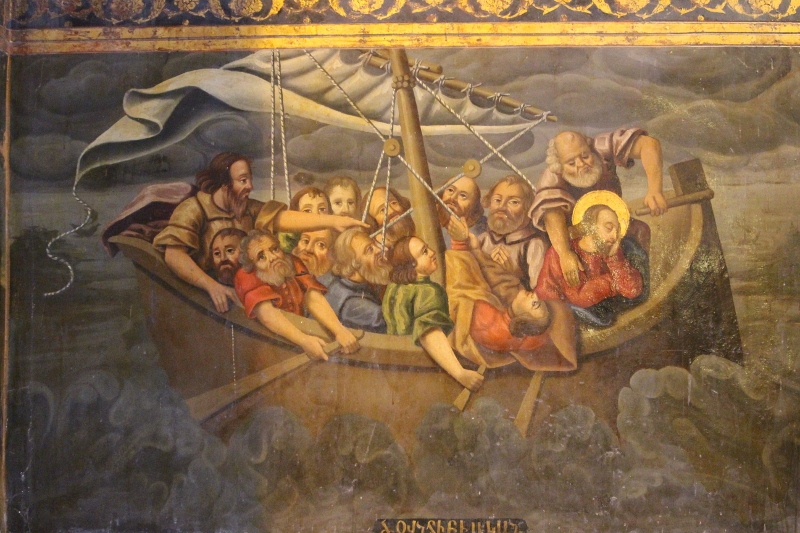 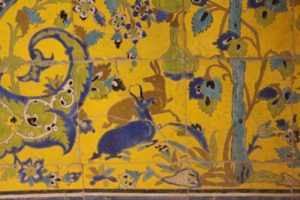 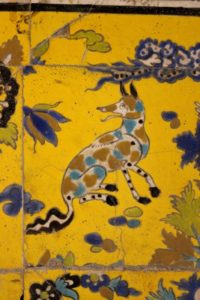 one of the colourful tiles in the Bethlehem Church 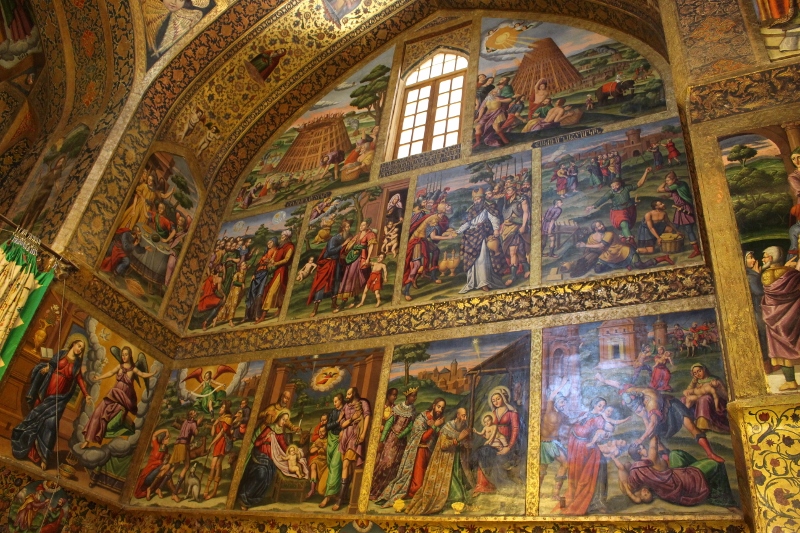 abundant frescos inside the Cathedral 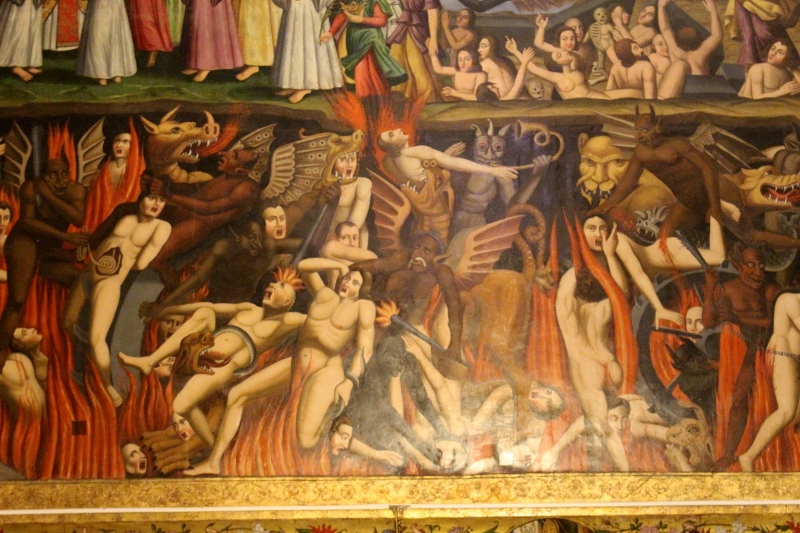 graphic depiction of the under-world, in the cathedral 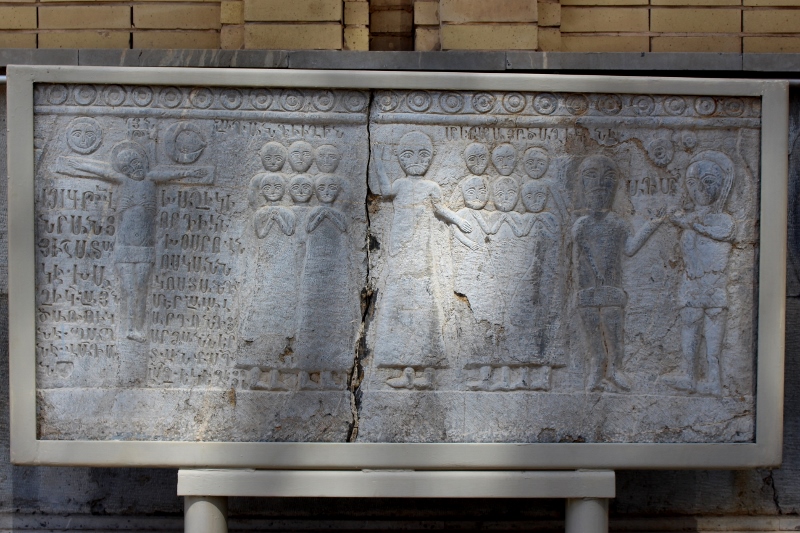 tomb stone outside the Cathedral