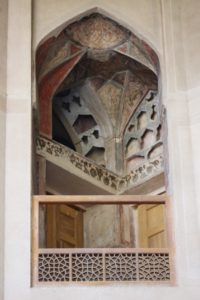 Kakh-e Hasht Behesht is the only 17th Century private mansion left in Isfahan.

During Safavid rule in the 17th Century there were not only the Royal palaces in Isfahan, but also more than 40 mansions of rich merchants and nobility. Kakh-e Hasht Behesht, the palace of Eight Heavens, was one of them, and the only one left. Built in 1669 the building has suffered badly from neglect through the ages, but it looks that some restoration has taken place recently.

The mansion is located inside another example of a Persian Garden, and like the Chehel Sotun palace, has an extensive pillared terrace looking out over a pool. It is just that it is somewhat smaller than the Royal palace. 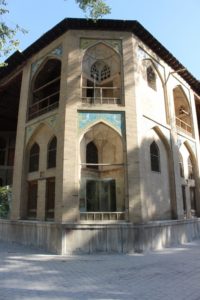 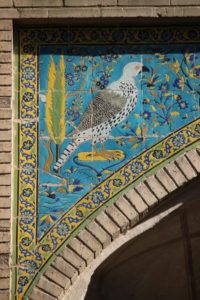 delicate tiles have survived on the outside 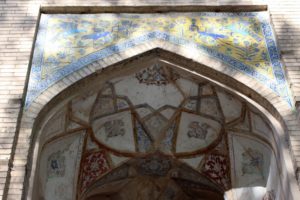 plaster inside in less solid, after all these years 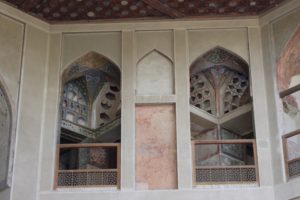 the niches, with stucco like in the Ali Qapa palace 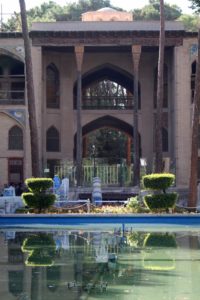 the house, and the obligatory pond in front 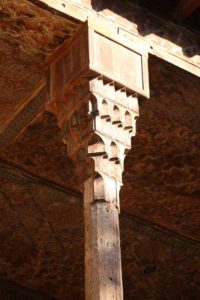 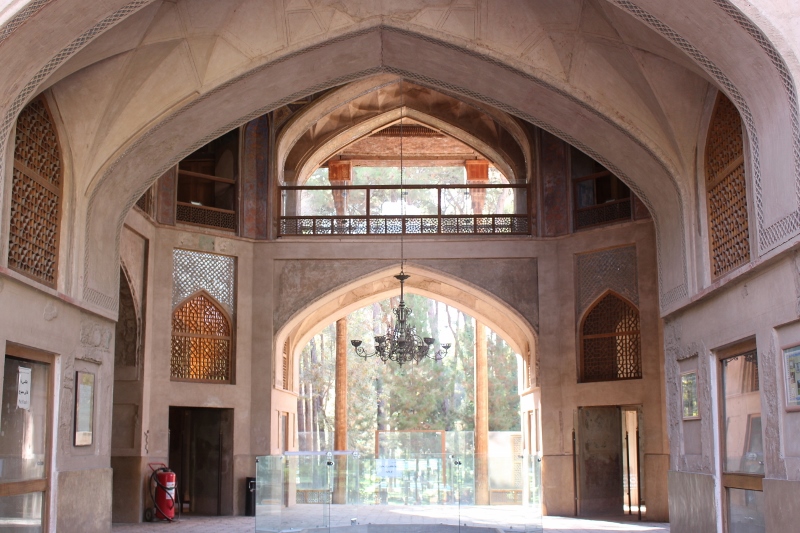