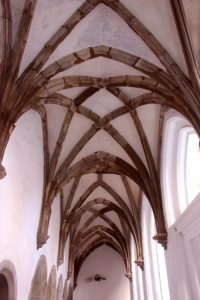 heavily restored corridor in the Royal Palace, in Visegrad

The relevant parts of historical Visegrad have been restored, or, shall I say, over-restored.

Where Szentendre was merely pretty, Visegrad is of real historic relevance. Not only was this the place were, in 1335, the Hungarian, Czech and Polish kings came together to discuss the growing Habsburg threat – and failed to agree on anything, despite consuming some 10,000 liters of wine in the process. In 1991 the leaders of the same countries met again, this time to debate a strategy of post-communist trade and future integration with the EU – it is unknown how much was consumed then. In the years in between Visegrad served as the Royal seat for Hungary for a long time, especially during the reign of its foremost king Matyas Corvius in the 15th Century, but ultimately lost out to Budapest. 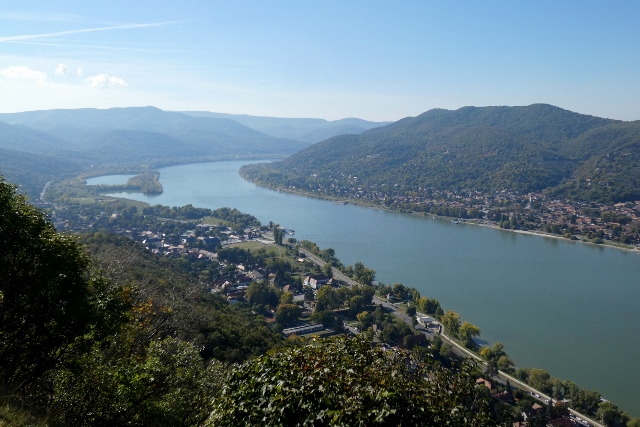 there he is, the Bend in the Danube (or one of them, at least) 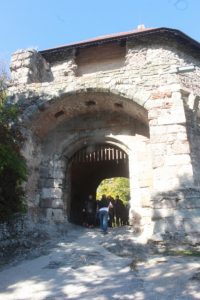 the entrance to the castle 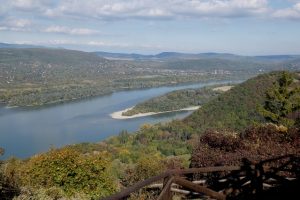 the view from the top, in the downstream direction

This is clear from the present day town, not very big and not particularly interesting. Yet, two structures stand out. High above town towers the Visegrad Castle, an impressive fortification, quite acceptably restored. Whether Royal or not, one cannot escape the impression that this was one of those strategic locations that controlled trade, so to speak, with uninterrupted views over the Bend in the Danube. Nowadays, one can walk up to the upper parts of the castle and enjoy those same views. 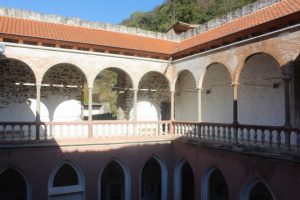 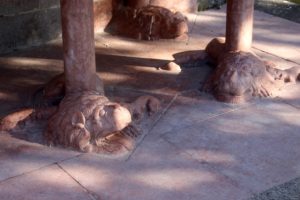 with the lion heads at the base of the pillars 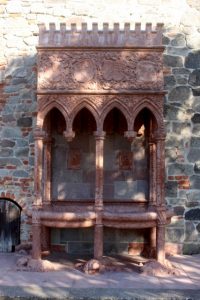 a bench in the palace, put somewhere

Downtown, there is the Royal Palace, first built in 1323 and subsequently added to in the centuries afterwards, in the style of the times – creating a rather mixed-style palace in the end. The restauration people must have had this in mind when they started the excavation and renovation, as they applied a mix of techniques, as well. Some parts look really original, and some of the walls probably are, others are tastefully restored, and then there are the concrete stairs and the concrete walls that are so obviously out of place that it doesn’t even disturb anymore. The Visegrad Madonna, a red-marble sculpture from the 15th Century, has been put back enclosed in white stucco and resting on a set of 21st Century bricks. But overall quite nice, and a great place to wander around.

Next: Esztergom, the thrid off the locations associated with the Bend. 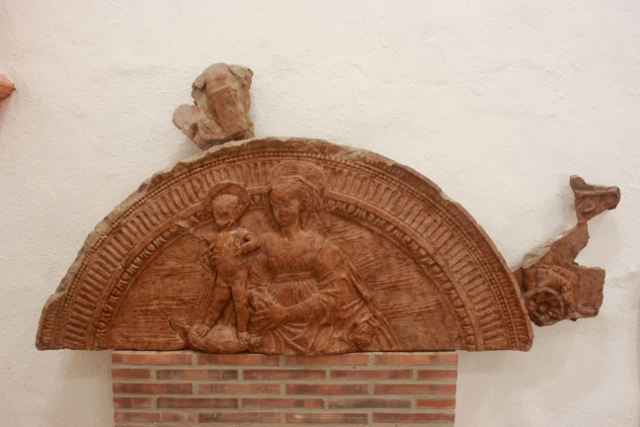 a window looking inside the palace