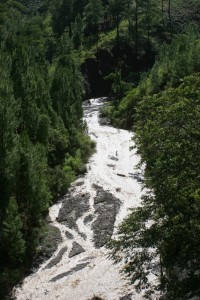 mountain stream in the jungle of Aceh Tenggara

A few photos from a field trip into the mountains of Aceh Tenggara, one of the districts where my employer was working

In December 2006, two years after the devastating tsunami of Boxing Day 2004, Aceh was hit by massive floods, this time from the sky rather than from the sea. I am sure this happens more often, largely unnoticed by the world, but with thousands of international organizations present in Aceh at the time, an additional aid program was quickly established.

The program focused on restoring people’s livelihoods. A little tricky, at times, because a significant part of livelihood appeared to be provided by marihuana growers and their middle men, who walk from the central mountain valleys where the stuff is being produced across the mountains northwards to the coast, where they market it in Medan. Our IOM interventions were limited to restoration of irrigation works and provision of seeds to get farmers back onto their feet, but one never knows, really, what these systems are going to be used for after we have left, of course. 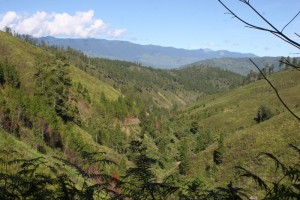 the view of the mountains in Aceh Tenggara

In any case, such program calls for a field visit, and in June 2007 I traveled from Takengon, in the center of the Aceh mountains, SE towards Blankejeran and the district of Aceh Tenggara, where the main efforts of the program were being carried out. From there, I continued to the main North-South road that links Sinkil to Medan, and traveled via Berestagi to Medan for a flight back to Banda Aceh. I don’t have many notes from this trip anymore, but a couple of pictures are worth sharing. 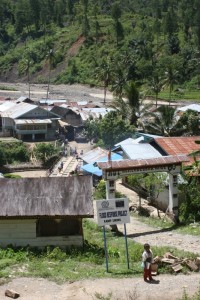 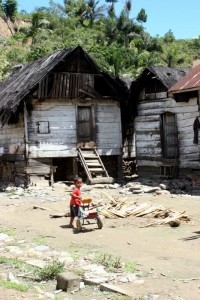 one of the younger inhabitants of Kampung Uring 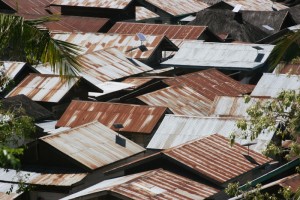 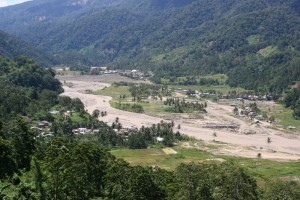 the river near the village Kampung Uring; note the piece of washed-away bridge right of the centre 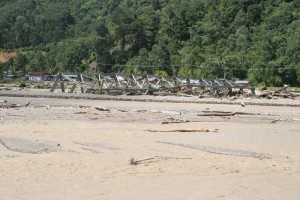 the piece of washed-away bridge, in case you missed it, due to the floods 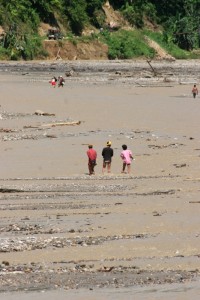 which forces the people to an uncomfortable river crossing 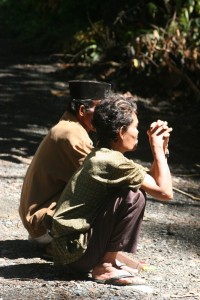 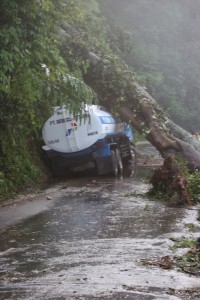 was he trying to get past under the tree, or was he just very unlucky? 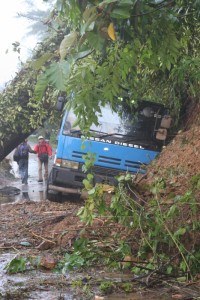 I don’t know, but it wouldn’t surprise me if he was just trying 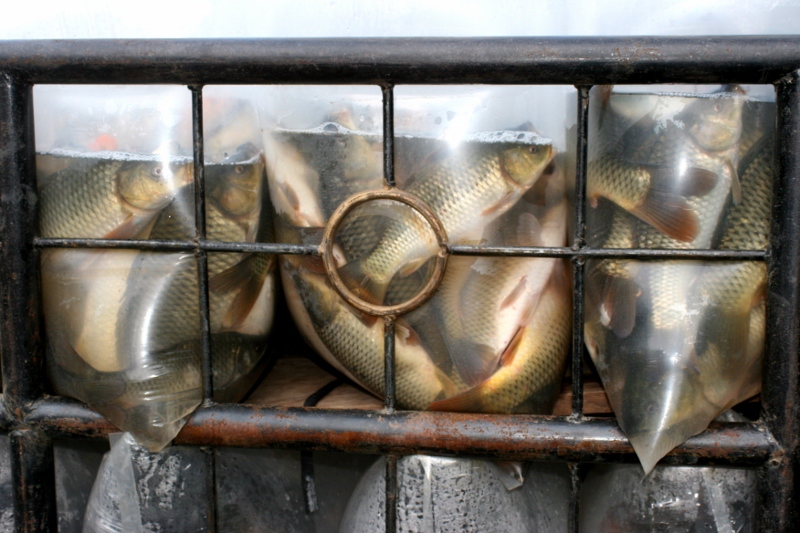 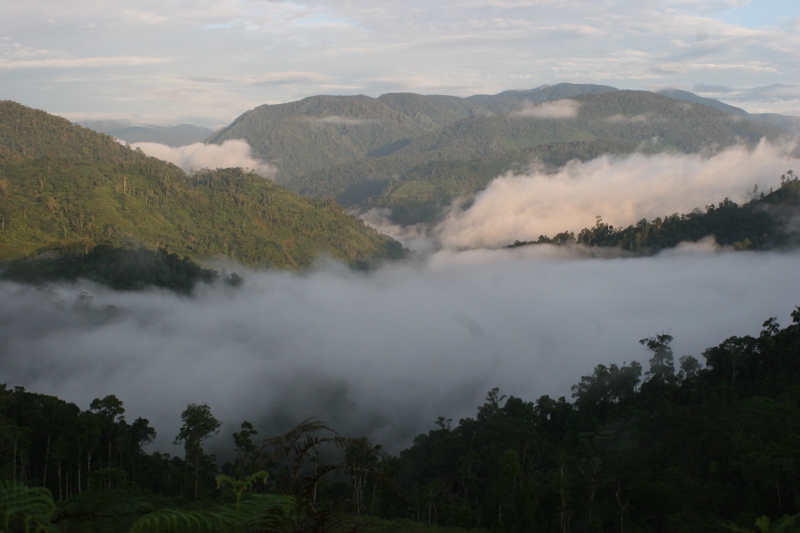 next morning, early morning, the mountains are at their most beautiful