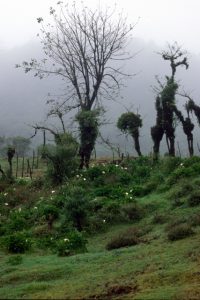 mist in the mountains, on the way to Santa Maria Nebaj

On the way to Nebaj, high up in the mountains, we stop at Santa Cruz del Quiché, the capital of the Quiché department – named after one of the Maya tribes. ‘El Quiché’, as the town is usually called, is already at over 2000 m, and is a base for visiting the Utatlan ruins. Utatlan – called Qumarkaj in Quiché language, but renamed Utatlan by the Spanish shortly before they destroyed it in 1524 – used to be one of the most powerful Mayan cities. There is not much to see anymore, except for some overgrown structures.

I remember the road to Nebaj, a pretty isolated mountain village of which the full name is Santa Maria Nebaj, being beautiful, and very remote. But also very spooky, the countryside largely covered by mist during our trip. This is Maya territory, people speaking local languages, people dressing traditionally. The market in town was a good place to observe. Yet, I am afraid I haven’t got a lot of photographs; and we perhaps didn’t stay long enough to appreciate the uniqueness of the place. 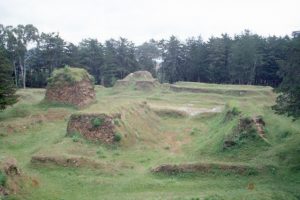 the overgrown pyramids and ball courts in Utatlan 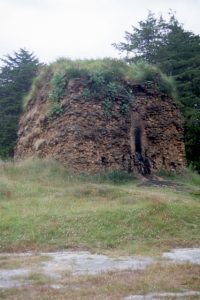 remains of a temple in Utatlan 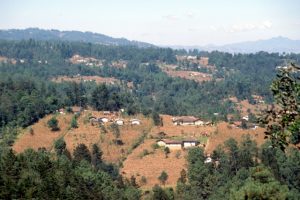 small villages on the way to Nebaj 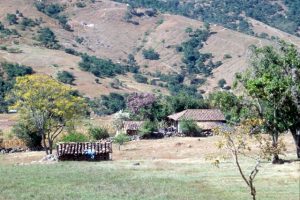 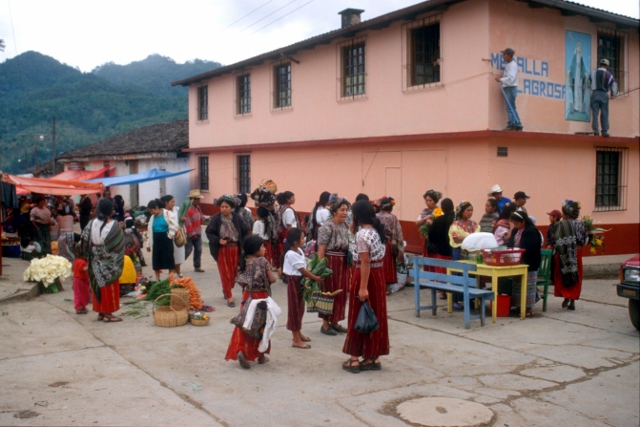 the market in the central square in Nebaj 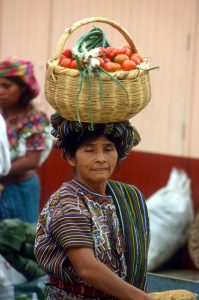 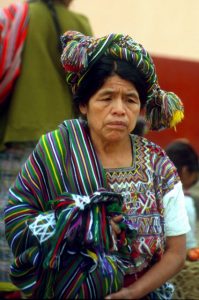 another woman in Mayan dress 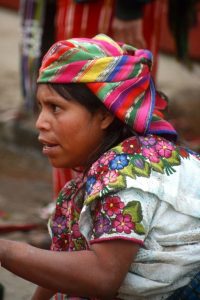 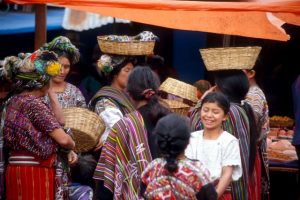 group of women at the Nebaj market 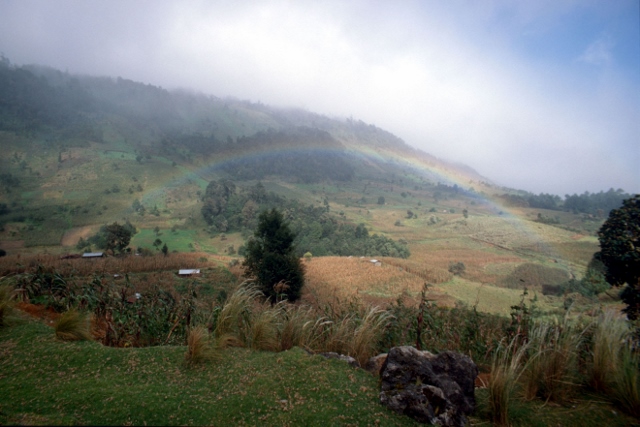 when the mist clears, a rainbow