the trip to Tropoja Chagall in Brussels

During a day in Edinburgh in September 2015, I went to the Scottish National Gallery of Modern Art, located just outside the centre of town. The museum consists of two neo-classical buildings, aptly called Modern I and Modern II, where nr. I contains mostly permanent collection, and nr. II is being used for special exhibitions. As so often, not enough time, so I didn’t see the special exhibition of Escher (but in The Netherlands, we do have apt opportunity to make up for that), and I didn’t have enough time for the sculpture garden, but below are a few examples of the remarkably varied collection of the museum. Just to convince you that, should you be in Edinburgh, do go and visit the museum! 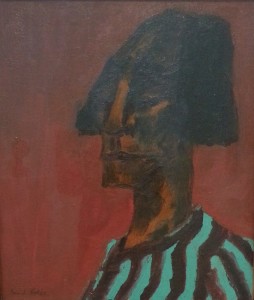 There are a number of early 20th Century works, and a couple of attractive, later works from Picasso. There is also British representation, a.o. David Hockney, and international fare, like one of my early favourites, Sandro Chia. 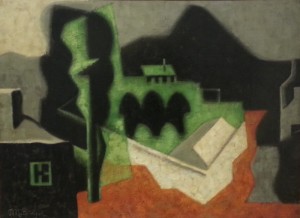 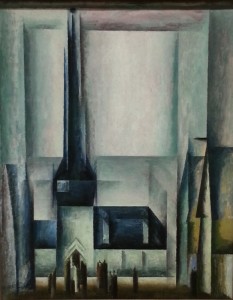 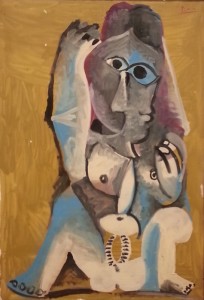 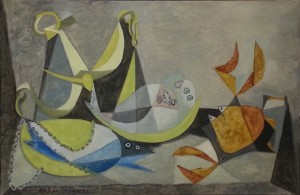 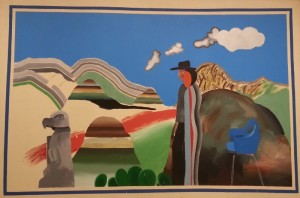 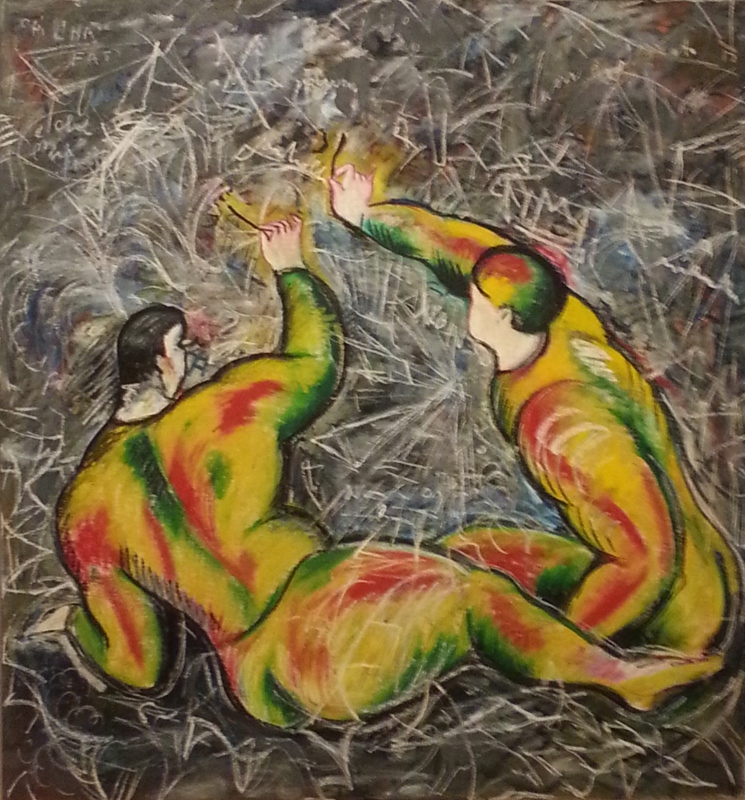 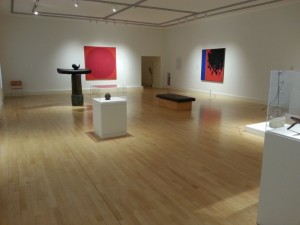 the room dedicated to William Turnbull 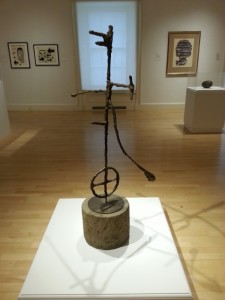 A revelation was the room dedicated to William Turnbull, a native from Scotland and an abstract painter and sculpture. Very impressive works, in a great variety of techniques, from very simple drawings to large oils, and both bronze and stone sculptures. 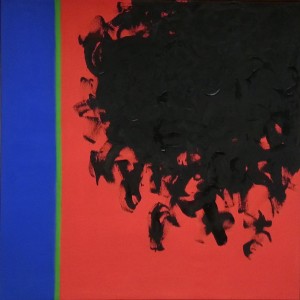 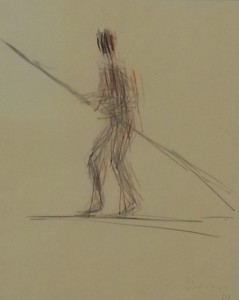 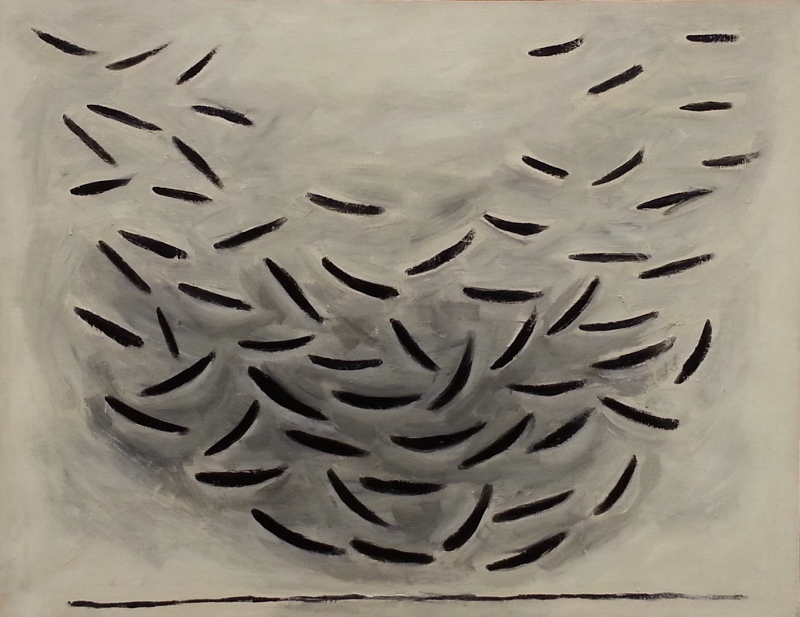 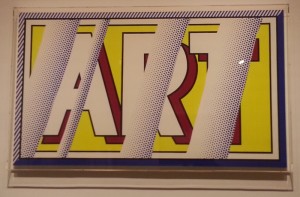 A bonus was the special exhibitions of works by Roy Lichtenstein, something that doesn’t always get my undivided attention, but here it did, especially the works inspired by Monet and Picasso. The two examples Modern Art I & II are based on Picasso’s cubist period, and the Water Lillies are after Monet’s paintings of the same subject (the Nympheas paintings). Whether Lichtenstein mocks the works, or pays homage, remains open to debate, but he has stripped the works to sets of essential lines and forms only, producing what the conservator calls a cliché, perhaps a popular image in the style of Lichtenstein, of what had by then, the 1960s, become part of mainstream visual culture – ready to be turned into Pop-Art. 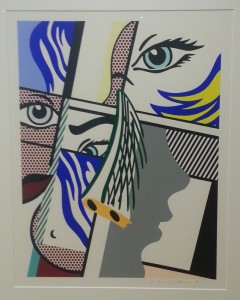 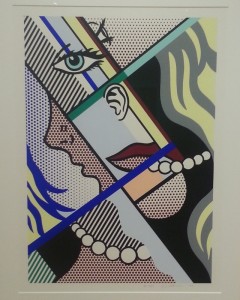 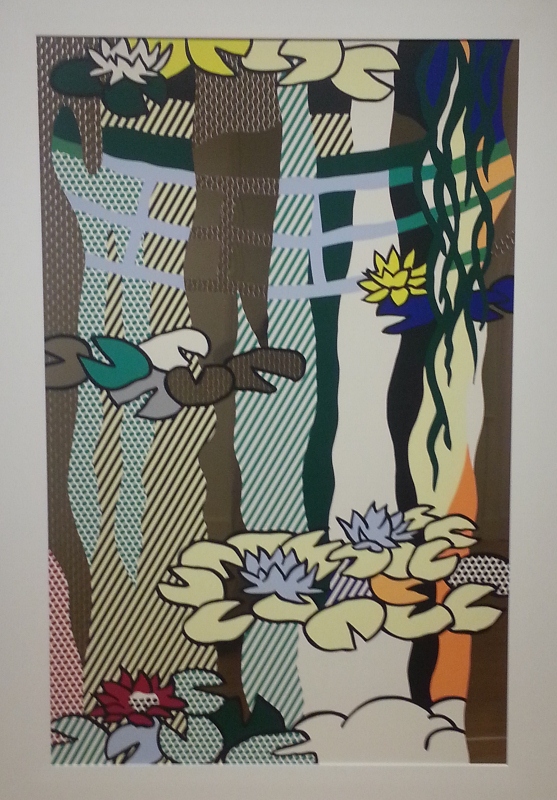