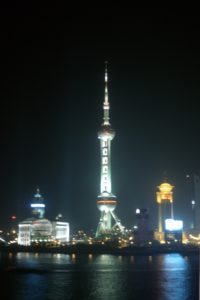 the Pearl TV Tower in the Pudong area of Shanghai

China’s mega-city has lots of character from the past, plus its huge harbour.

Shanghai is something altogether different. A modern city, much more compact than Beijing, and in a way more attractive, too. The centre is a combination of the Bund, the boulevard with old colonial, neo-classical buildings formerly occupied by banks, consulates and the old power brooking companies like Jardine and Matheson, and Nanjing Road, the concentration of commerce, shopping malls and western capitalism represented by Macdonald’s, KFC and what have you. And all illuminated, whether Bund or Nanjing Road, although the type of lights does differ: stylish strings of yellow bulbs outlining the stately buildings of the Bund versus all colour flashing neon lights, beckoning the customer, on Nanjing Road. 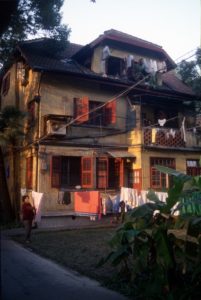 a house in the French Concessions, now ‘China-fied’

There are several distinct neighbourhoods. The French, Russian, and whichever concession neighbourhoods are all characteristically un-Chinese, with their large European-style houses along tree-lined streets. The only part of Shanghai which has its traditional Chinese feel, is the Chinese Quarter, the Old City with a network of small streets and alleys, with small balconied houses, tucked-away temples, and the obligatory market stalls everywhere. In fact, upon entering the Chinese Quarter, one has the same feeling as entering Chinatown in San Francisco, New York or London, a Chinese neighbourhood in a big city. Which cannot be said of the Shanghai Museum, a modern building with an exceptionally well presented collection, actually much more in line with Modern China than the Chinese Quarter is. 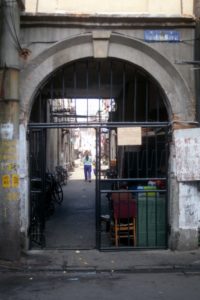 alley in the Old City 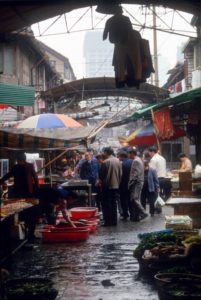 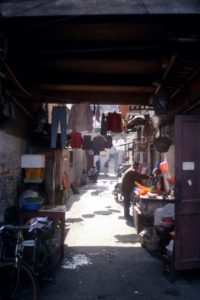 another narrow street in the Old City 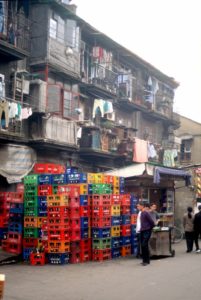 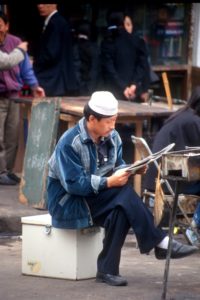 a man reading his paper 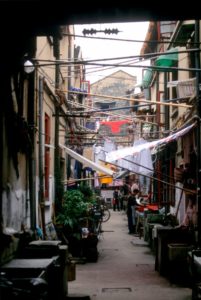 the Bund, seen from the water 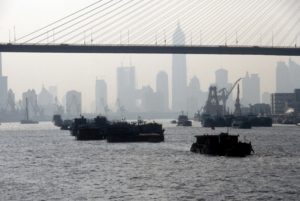 boats on the river 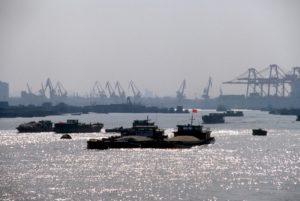 and more boats, and harbour works 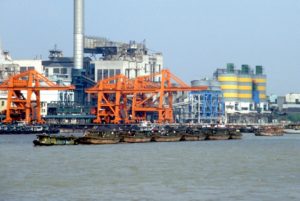 some of the more modern harbour installations 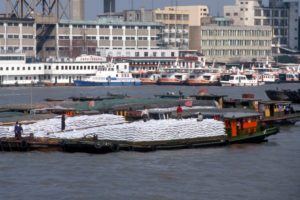 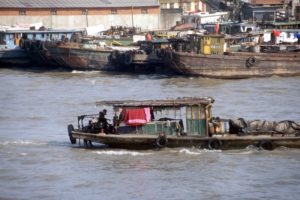 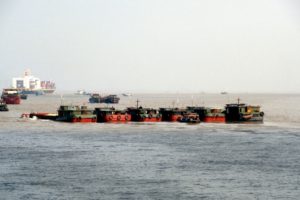 these are lined up at the mouth of the river

Across from the Bund is Pudong, the new industrial zone, dominated by the so-called Pearl-of-the-Orient TV tower. Certainly an impressive building, and the reason for plenty Chinese to block the river walk in order to take pictures of each other with the Pearl in the back (remember, we are talking late-1990s, long before the selfie culture). A trip on the river provides yet another view of Shanghai, initially all modern like Pudong, but gradually changing into a rust belt of factories and wharfs, dominated by all size ship building. The river traffic itself is equally varied: long columns of engine-less sand boats being pulled by a lonely pilot, or by a swarm of them; hundreds of ferries, either being used as tourist boats – the more lucrative business, I presume -, or as, indeed, ferries; river taxis, the real efficient way of transport, although one needs to be quick in getting on and off. And in between the big, sea-faring ships getting in and out of the harbour. Great experience. 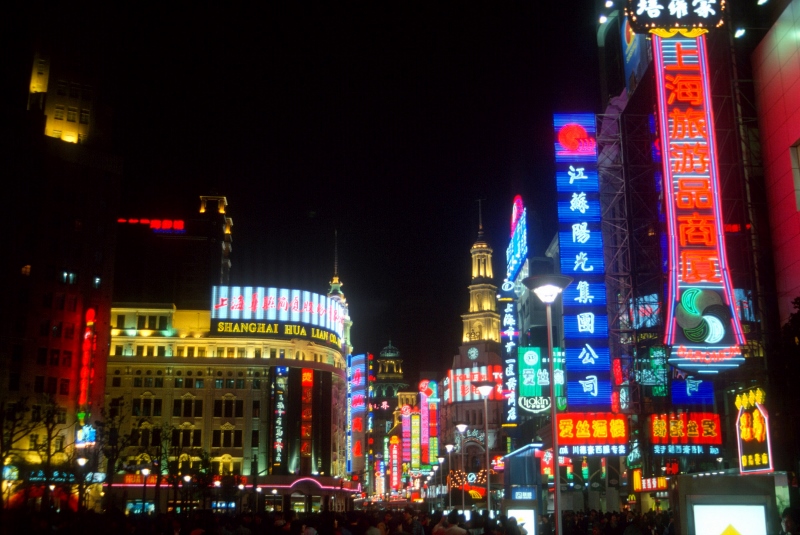 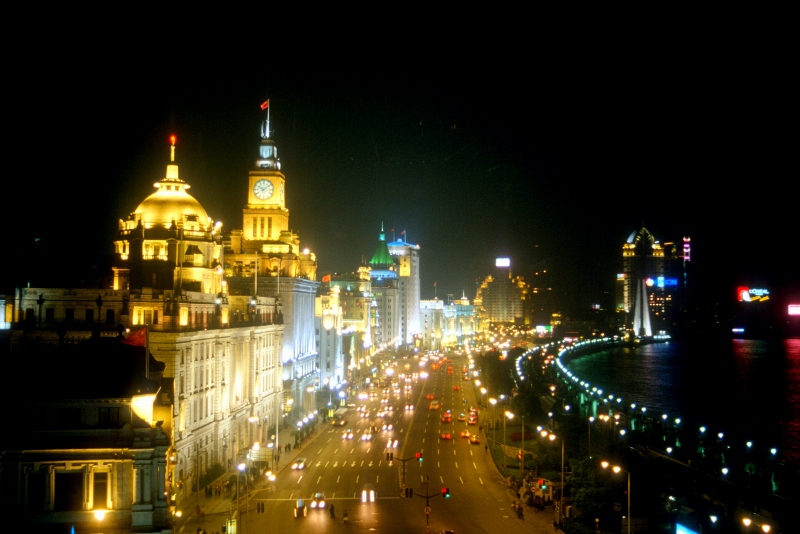 and the Bund, same night