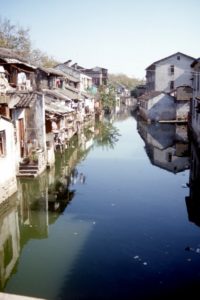 one of the canals in the garden town of Suzhou

Famous for its gardens and canals, Suzhou is also a main stop on the Grand Canal

Suzhou is the city of gardens and canals, but could equally be the city of hairdressers and too many paintings. Everywhere are hair stylists, more often than not fancily equipped, and they are full, the whole day up to 9 at night! It looks like everybody has their hair done at least three times a week. Another overkill is the local art scene, where supply and demand are definitively not in balance. Suzhou is picturesque, alright, and certainly inviting for painters, too, but there is a limit. With so much art on sale, it is impossible to choose; one actually gets fed up very easily, and very quickly.

However, there are still the gardens and canals to explore. Suzhou is a great place to wander around. Several tall pagodas, like the Beisi Pagoda, establish a sense of orientation. To enter Beisi Ta (pagoda) one pays entry at the ground floor, only to be asked to pay once more to climb from the eighth to the ninth floor, the top level. So, turn back, or pay up? 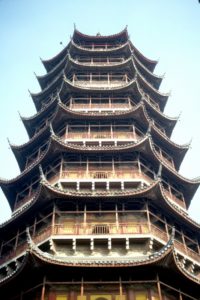 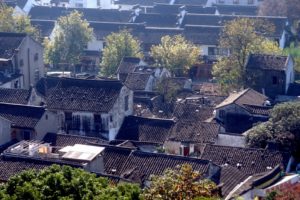 and the view from the top, roofs of the neighbourhood 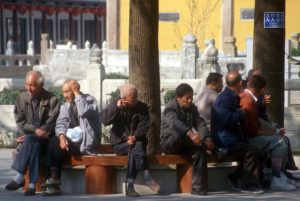 part of the male population of Suzhou 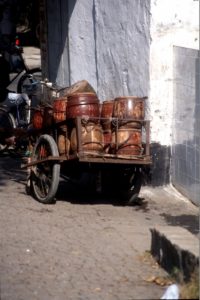 toilet pots collected in the morning

Most of the central part of town has actually been pulled down, or is being pulled down, and replaced with department stores and office buildings. Some attempts are being made to retain the old character, but the result is a series of unattractive, modern, artificially ‘old-looking’, Chinese buildings.

Although gardens have been a thing in Suzhou for over a thousand years, the present ones originate from the 17th century, when rich merchants employed artists to design these unique forms of art. There are many different types, large and small, rocky, with small lakes, hedges, and wooden gates and buildings. Beautiful names, too, like ‘Forest of Lions’, ‘Master of the Nets’, and ‘Humble Administrator’s’ Garden. And they are wonderful, a true delight, which, unfortunately, one seldom enjoys alone, as Suzhou is a very popular tourist destination, especially for Chinese tourists. 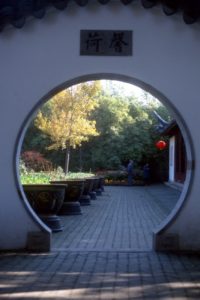 entrance to one of the Suzhou gardens 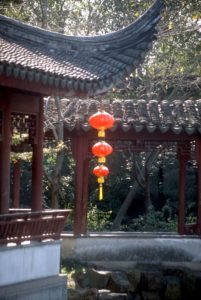 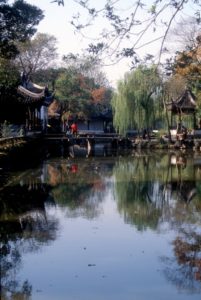 with lakes and pavilions 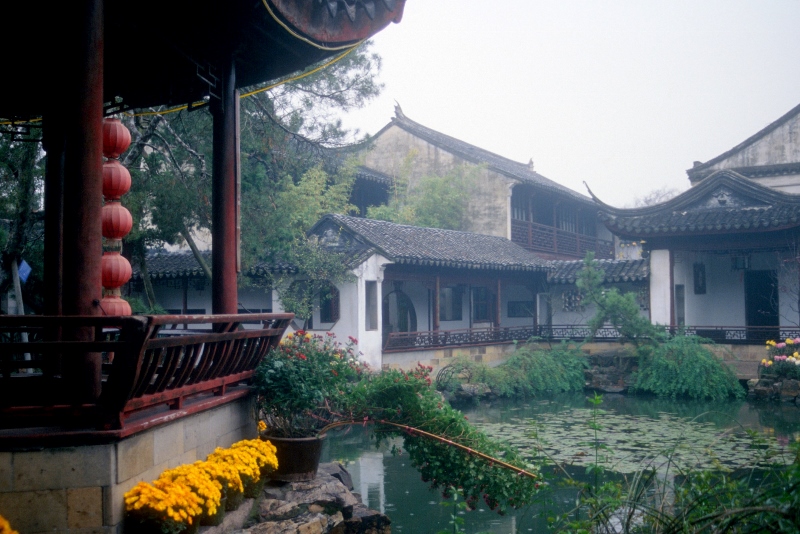 flowers and pavilions around a lake, the essential building blocks of a Suzhou garden 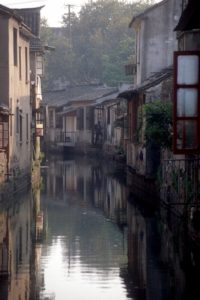 canal in between the houses of Suzhou 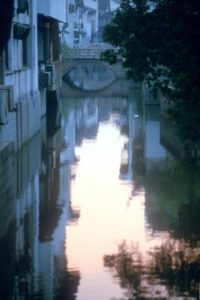 almost ripple-less water in another canal

The canals, where they still exist, are actually smelly, and mostly not very attractive. What is special, though, is the Outer Moat, a part of the Grand Canal, which links the Yellow and the Yangzi Rivers. Nothing is more relaxing than seeing China pass by on the narrow, often pretty large canal boats. The Panmen city gate, restored to its old impressive beauty, and the nearby arched Wuman Qiao bridge, is probably the best spot for this activity, and we did linger around there until close to sunset, like many of the locals. 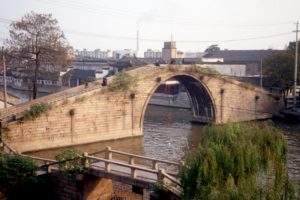 the Wuman Qiao bridge across the Grand Canal 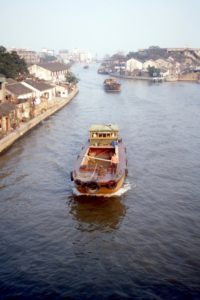 traffic on the Grand Canal, seen from the bridge 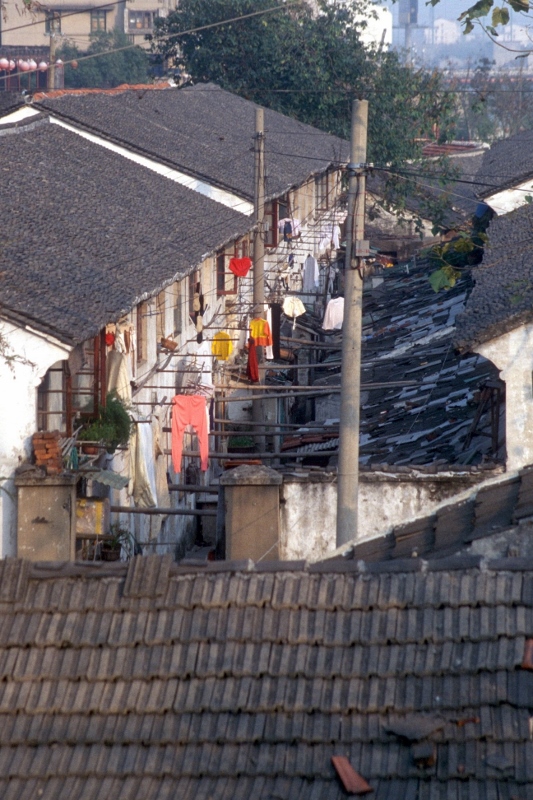 narrow alley in between the houses, good place for laundry