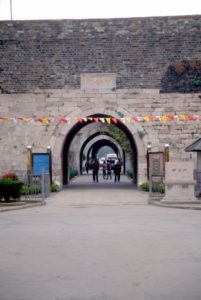 the southern city gate of Nanjing

A big Chinese city, with lots of character in the neighbourhoods, and its main attractions outside.

Nanjing served as China’s capital from 1368 to as recently as 1949, when the Communists established Beijing as the new capital. However, unlike Beijing, which means “Northern Capital”, Nanjing (“Southern Capital”) does not have a world-class cultural heritage in the form of temples and palaces. But an afternoon walk through the small Maleng Park, and then to the main commercial area of Xinjiekou is pleasant enough. Especially Xinjiekou turns out to be a picturesque ‘hutong’-like neighbourhood, as soon as one gets away from the main streets and the huge traffic circle in the centre. The back-street area seems very poor, but therefor not less colourful, and with a very pleasant atmosphere. As everywhere in China, here, too, the markets are in full swing. Great snacks, too! 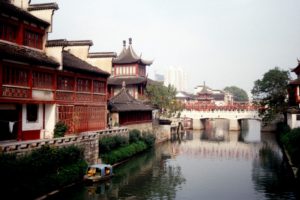 Confucian temple along the water front of Fuzi Miao 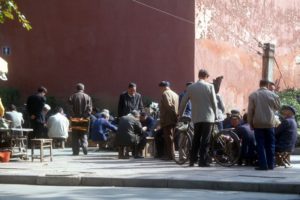 morning gathering of Chinese men for a game of dominos 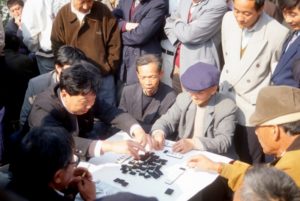 serious business, and watched by many 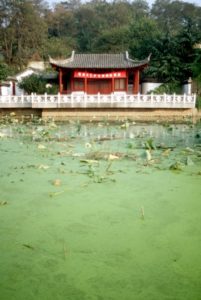 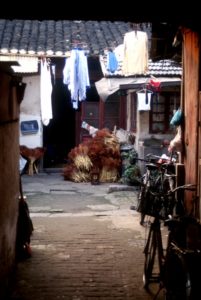 courtyard in the back-streets behind Xinjiekou 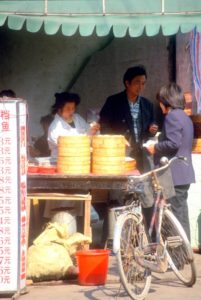 food stall in one of the back-alleys

We end up at the Fuzi Miao area, with an attractive canal and a Confucian temple, and at the Southern city gate, an unexpected treasure with its series of impressive enclosures linked by multiple arches. 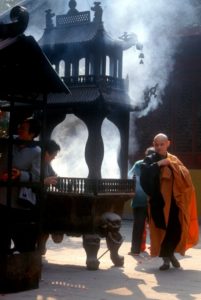 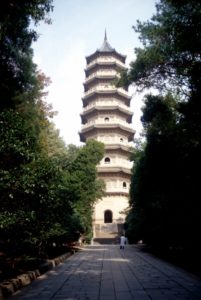 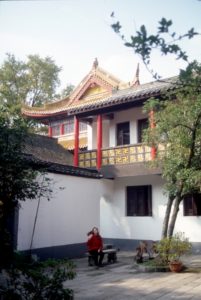 one of the temples in the Linggu Si complex 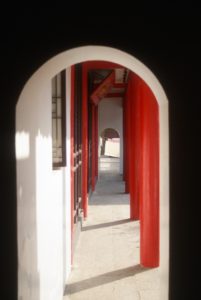 corridor in the same complex

The reason we came to Nanjing was really to visit Zijin Shan, where the large temple complex Linggu Si is situated, as well as the Sun Yatsen mausoleum, the rest place for China’s first president after centuries of imperial rule. The Linggu Si complex contains several temples and the octagonal Linggu Ta pagoda. The Sun Yatsen mausoleum is perhaps one of the most visited sites by Chinese – one wonders why, perhaps a hang to that short, post-imperial, pre-communist era? An enormous marble staircase leads to the a memorial hall and the burial chamber, from where there are great views down. Whether the bones of Sun Yatsen are really still there is subject to much speculation: rumour has it that the fleeing Kuomintang took them to Taiwan in 1949, after they lost the battle against the Communists.

One of the nicest things of Zijin Shan is that one can walk from the temple to the mausoleum, through a quiet wooded area: there are not many places in China where that is possible. 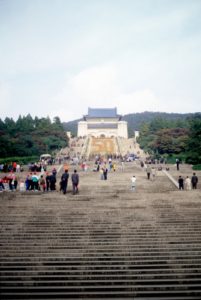 the monumental stairs towards the Sun Yatsen mausoleum 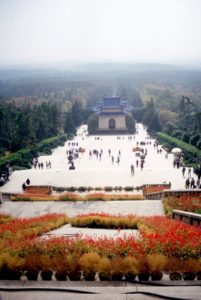 and the view from the top, back down 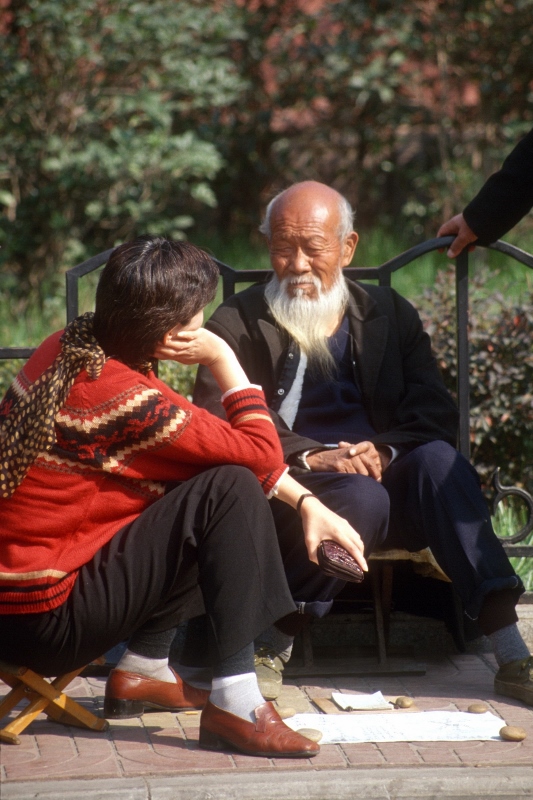