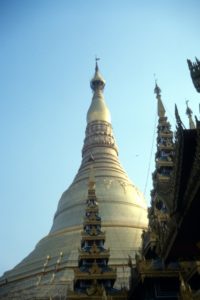 the Shwedagon Paya in Yangon

Except for the spectacular Shwedagon Paya – temple, pagoda, stupa -, Yangon is a pretty run-down city.

Yangon is Myanmar’s capital city, but only since a little over a hundred years. When the British invaded to protect their colonial borders from the tribal infighting that dominated the Burmese society in the 19th Century – how do you protect your colonial boundaries? By expanding your colony! -, they made Yangon the capital in 1885. With their proverbial language skills, they corrupted its name to Rangoon, but this has since been rectified again. 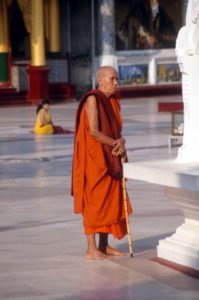 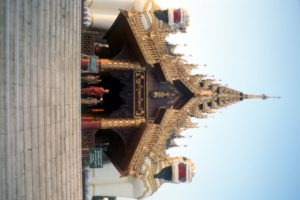 one of the four entrances to the Shwedagon Paya complex 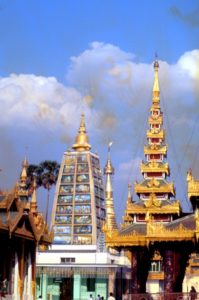 decorated temple building inside the complex 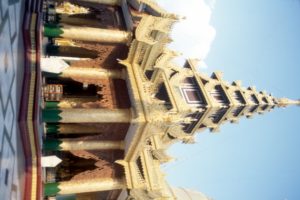 one of the buildings inside the Shwedagon Paya complex 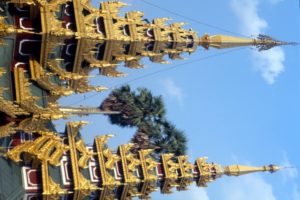 two more temples inside the complex 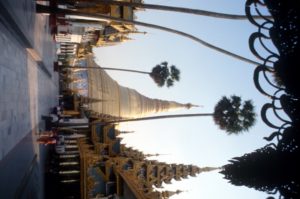 the Golden Pagoda itself

All the more surprising, then, that Yangon, initially not more than a small town, is home to several very old Buddhist structures, of which by far the most important is the Shwedagon Paya, also called Great Dragon Pagoda or Golden Pagoda. Legend has it that this most sacred of Myanmar temples is over 2600 years old, making it the oldest Buddhist building on earth, although most historians think the original complex dates from somewhere between 6th and 10th Century. Furher additions were made in the 14th and 15th C., and the current stupa dates from the 18th C. The compound with the Pagoda, together with the no less than 82 other buildings, is situated on a hill just north of downtown Yangon, and is immaculately clean and well kept. An oasis of peace. 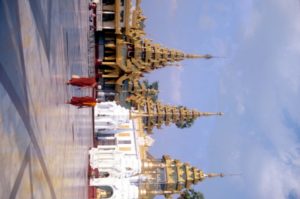 the marble floor inside the Shwedagon Paya 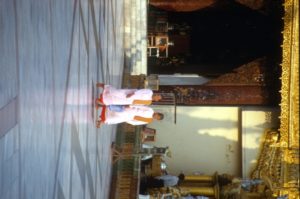 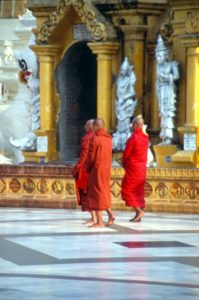 and three male pilgrims, or monks 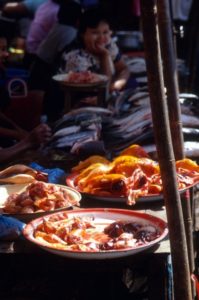 food stall in the market 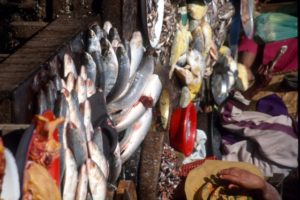 fish in the Yangon market 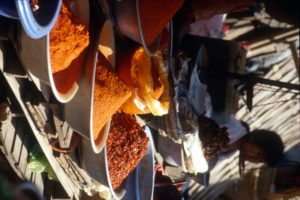 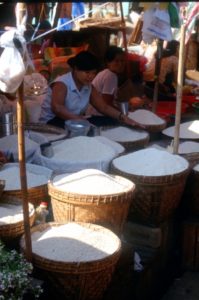 For the rest Yangon is a dilapidated city. Streets are lined with run-down, colonial buildings, poorly maintained. There is little else attractive in Yangon, or it must be the Boyang Augn market, a huge, mainly indoors affair.

Outside Yangon, at the end of a road that leads to Kyauktan, is the Yele Paya, or Mid-River Pagoda, situated on a tiny little island in a tributary of the Yangon River. Once again, legend claims an unlikely 2300 years of history for this complex, yet, I haven’t been able to find more realistic information on this temple, interesting, but by far not as spectacular as the Shwedagon Pagoda. 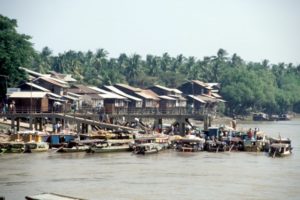 boats at the river, near the Yele Paya 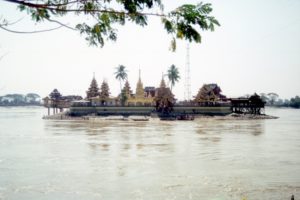 the Yele Paya, on an island in the river 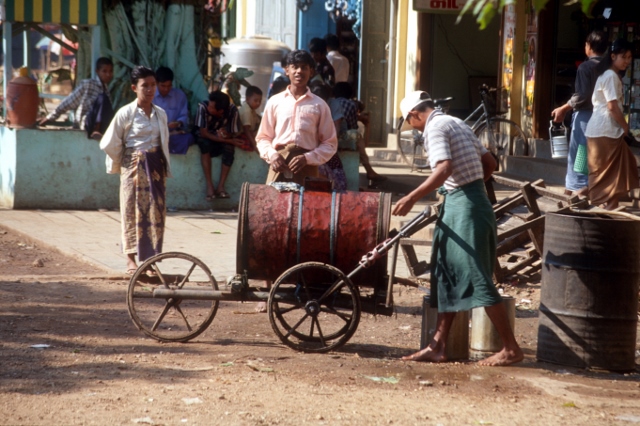 a water tanker in a village outside Yangon