15. the opportunist 16. the Fergana Valley

Part of the enjoyment of travel is understanding what one sees, and part of that understanding comes from reading. Here are a few books that helps me enjoy the so-called Stans trip, through several of Central Asia’s ex-Soviet republics. Those underlined I have read, the others not yet. I will still update this list from time to time.

Hopkirk wrote several more books about the extended region, which are all equally worth reading. There is “Foreign Devils on the Silk Road” (1980), about the stream of adventurers disguised as archeologist that roamed the Taklamakan desert at the beginning of the 20th Century, in search of Buddhist treasure; “Trespassers on the roof of the World” (1982), about the 19th and 20th Century attempts to open up the reclusive mountain kingdom of Tibet, and “On Secret Service East of Constantinople” (1994), once more focusing on Central Asia as the route to British India, but than in the WW I setting. 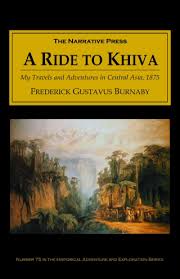 3.    Hopkirk’s primary sources are the books written by the adventurers themselves – those who survived to tell. Frederick Burnaby in one of them, a British officer who wrote “A Ride to Khiva” (1876, reissued 1997), about his secret mission that brought him to the then-mysterious desert city of Khiva.

(Burnaby is not the only one to have recorded his journeys. Alexander Burns famously wrote about his adventures in “Travels in Bukhara”, in 1834. Nikolai Muravyov was a Russian envoy who also tried to further his country’s diplomatic relations with Khiva, written up in “Journey to Khiva” (1819). A 100 years later F.M.Baily wrote up his adventures in “Mission to Tashkent” (1918). The river Oxus – today’s Amur Darya – also attracted the necessary interest in those days, from “A Personal Narrative of a Journey to the Source of the River Oxus, by the Route of the Indus, Kabul, and Badakhshan” (1841), by John Wood, to “The Pamirs and the Source of the Oxus” (1895), by George Nathaniel Curzon. And lots more, each of Hopkirk’s books has an extensive list of sources)

We carried the following: 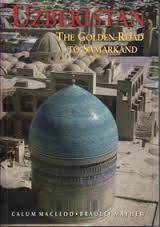 Uzbekistan: The Golden Road to Samarakand (2014), the Odyssey Illustrated Guide, written by by Calum MacLeod and Bradley Mayhew. Lots of detail, lots of background, excellent guide in that respect, but on the more mundane side – maps, hotels and restaurants, transport info – not so good.

Bradt Travel Guide for Kyrgyzstan (2011), by Laurence Mitchell, a bit more basic that the Odyssey guides, but perfectly well suited for our needs, still with plenty description and background – although once again, the mundane section isn’t as good as the Lonely Planet. Which is a missed opportunity, because one does get the impression, at times, that other texts have been quite literally taken from that same Lonely Planet. 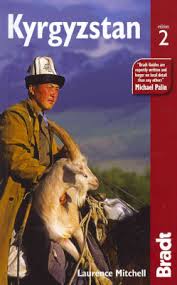 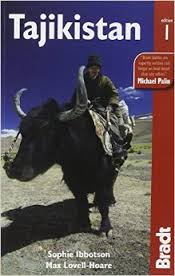 Bradt Travel Guide for Tajikistan (2013), by Sophie Ibbotson and Max Lovell-Hoare, very much like the Bradt guide for Kyrgyzstan, and once again, great for what we need it for.

I also have an old version of the Lonely Planet for Central Asia (2004), which in the end I also packed. Even though I have become less impressed with LP, they remain extremely handy for the more mundane things in travel: good maps, good sections on transport, and a logical lay out which makes it easy to find things back quickly, something the other guides simply cannot match.

There are a few more books I would like to acquire, and read, perhaps (leave a comment, below, if you have views about them):