As so often, some background information makes traveling so much more enjoyable. Here a few books to consider – or not – when traveling in the South Caucasus. (This list put together in 2019 and added to in 2022.)

1. There is perhaps no better introduction to the Caucasus than reading the fictional “Ali and Nino” (1937), by Kurban Said (pseudonym for Lev Nussimbaum). Part touching love story, part description of the contrasting cultures in this part of the world, set against the outbreak of the First World War and the Russian Revolution, and its effects on Azerbaijan. Ali Khan is a Muslim Azerbaijani of Persian origin, Nino a Georgian, thus European, and Christian, but their love for each other seems to overcome the cultural differences, and their parents are modern enough to ultimately accept this. Yet, their live together becomes increasingly difficult because of a treacherous Armenian (of course, in an Azerbijani book), and modernity-opposing habits as blood honour and broader family values rooted in religion. And is ultimately undone by Azarbaijani nationalism. Read this book!

2. Tom Reiss was so taken by “Ali and Nino” that he embarked on a journey to discover more about its author, Kurban Said alias Lev Nussimbaum, a Baku-born Jew who fled from the Russians to Iran, and then moved to pre-war Berlin. This resulted in “The Orientalist” (2005). Perhaps more about the European Interbellum than about the Caucasus? Still to read. 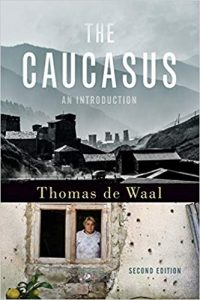 3. The more scholarly introduction to the area is aptly called “The Caucasus: an Introduction” (2019), written by Thomas de Waal. Unlike many introductions, this book is less than 300 pages thick, and covers the main issues about the area thematically – so by skipping a chapter, you can skip the energy issues, for example, or the Nagorno Karabakh conflict. The first few chapters cover the history until Persian and Ottoman domination, then the Russians and then the Soviets; after this, individual countries and their conflicts are being discussed. Mr de Waal is eminently well-placed to explain all this, which he does with – for me – just the right amount of detail, although occasionally he jumps backwards and forth a little too often. Nevertheless, this is the book to read before embarking on a trip to the Caucasus, or just to understand the many conflicts and their sometimes unexpected historical context, something often lost in the occasional newspaper articles on breakaway Abkazia or South Ossetia. 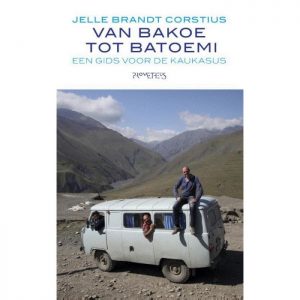 5. Somebody who does travel the three South Caucasus countries is Stephen Powell, who wrote about it in “The First Toast is to Peace” (2018). Unfortunately, Mr Powell is not a very gifted writer. He does admit that his book is a reworking of his blogs, and there is simply not enough in it to really stand apart. The book is a mix of own experiences and guide book texts, and none of them really explore the issues of these countries; they are mostly stuck in superficial observations. Still, as one of the few travel books on the area, there is the pleasure of recognition, if you read it during or after your trip, which is what I did.

6. In Azerbaijan I found “Oil Boom and Football” (2013), written by Chingz Abdullayev, written for the 150th anniversary of the FA, the English Football Association, because “since it was the English who brought football to Azerbaijan in 1911, the Azerbaijani referee dutifully returned the favour” – a reference to the Azerbaijani linesman who approved the controversial goal in the 1966 Worldcup final. Really! But the book mostly deals with the oil industry in Azerbaijan, and its effects on the country at large, as well as several individual, unrelated anecdotes – including, of course, ranting about the Armenians. The poor use of English language doesn’t help, and adds to the rather chaotic impression. Altogether very disappointing, despite the title. 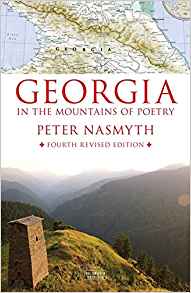 7. If there is one book to read about Georgia, it must be “Georgia: In the Mountains of Poetry” (1998, and my version three times updated since), a classic is by Peter Naysmith. Travelogue and history book in one, written by somebody who fell in love with this country, yet realises the many challenges it had, and has. Naysmith, who speaks the language – or perhaps just Russian, but good enough to get by – meets lots of people, from different walks of life. He has managed to write a book that focusses on different areas, by chapter, and at the same time discusses the various episodes in Georgia’s history, with a focus on its recent – post-Soviet – developments. Entertaining and instructive, at the same time, and a real nice read! 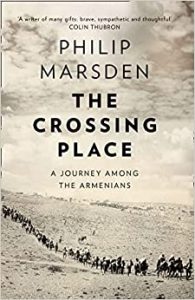 8. “The Crossing Place: A Journey Among the Armenians” (1993) by Philip Marsden is more difficult to define. I think it is a nice travelogue, describing Marsden’s circumvent journey through the Middle East, Turkey, then Eastern Europe, eventually ending up in Armenia, in the early 1990s. He manages largely because of his Armenian network, who help him along the way – until he actually gets to Armenia, where he is treated more suspect, every foreigner a potential Russian spy. The other element of the book, trying to identify what it means to be Armenian, is less convincing. He falls to often back to the 1915 genocide, for which there are better alternatives, if you want to learn about this. The book is perhaps too much of an attempt to eulogise a people who have suffered in history, no doubt, and who have been remarkably resilient, no doubt, but who may have been at times part of a conflict, too, not just the victim – something Marsden may realise at the very end of the book, only. 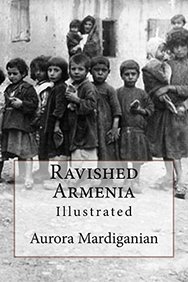 9. Where Armenians are victims, and victims only, is in “Ravished Armenia” (orig. 1918 – my version 2016), written by Aurora Mardiganian. Ms. Mardiganian was seventeen when she wrote this, three years after she, and her family, and millions of other Armenians, had been forced out of their houses in SE Turkey to be expelled from that country. She describes, in sickening detail, her journey, initially on the way to the Syrian desert, intended destination for the Armenians. How the men were separated, and were killed first. How the women and children were marched south and east, under the guard of the zaptieh – Turkish policemen – and soldiers, or of Kurdish bands of irregular militia. How many of them suffered unimaginable thirst, and starved to death. Or were left behind, outright killed, or starving, because they could not keep up with the convoy. How children were stolen from the groups, to be sold to rich Turkish families. How many of the young women were taken, either to be sold into harems, or to be gang raped by the soldiers until they died. The could-not-care-less attitude, the indiscriminate killing, the most cruel torture for pleasure. By soldiers and zaptieh, by Kurds, by the power brokers and the Turkish leaders, even by some German officers that were stationed in the area as Turkish allies in the first World War. By normal villagers, who opportunistically robbed whatever they could put their hands on, too.

Of course I had heard, and read, about the Armenian genocide of 1915. But this detailed account takes the genocide from an abstract historical event to the very real horror experienced by one of the few survivors. How a people had nobody, absolutely nobody, to fall back on. How they became victim of collective barbarism, there is no other word for it. And that a little more than 100 years ago, only.

It is not a pretty story, of course. It is not even well written. But it needs to be read – if you have the stamina for it. 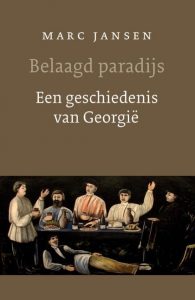 We carried the following:

The Lonely Planet Georgia, Armenia & Azarbaijan (2016) provides the usual mundane information good for planning, as well as during the travels. Maps, and short descriptions of the sights, all useful information – although detailed hotel and restaurant lists are somewhat superfluous in the age of internet.

Bradt Travel Guide for Georgia (2018), by Tim Burford, a solid Bradt Guide, with more details on history and sights than the three-country Lonely Planet – but if you carry the LP, this one is somewhat superfluous. If you only go to Georgia, buy this one, though. 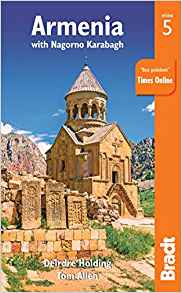 Bradt Travel Guide for Armenia with Nagorno Karabagh (2019), by Deirde Holding and Tom Allen. Not yet used