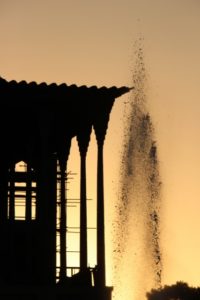 the Kakh-e Ali Qapu behind a fountain on the square

Perhaps the first of the major buildings to be built by Safavid Shah Abbas the Great at the Iman square of Isfahan – the Naqsh-e Jahan Square, as it is officially called, the second largest square on earth (only Tiananmen Square in Beijing is bigger) – was his own palace, the Ali Qapu palace, in the last years of the 16th Century. 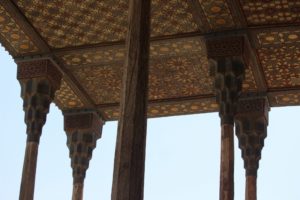 the roof of the terrace, and the pillars 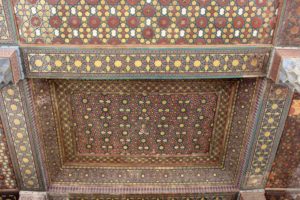 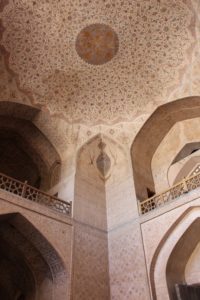 inside the subtle decoration 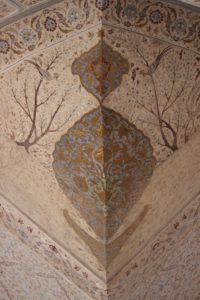 subtle in detail, too 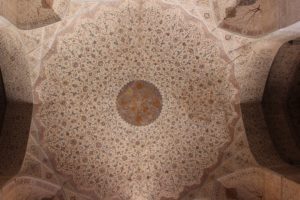 The six-story building is dominated by a large pillared terrace on the third floor, which was also used by the Royals as viewing platform for activities, like military parades, horse racing and polo, on the Iman square below. The view of the square and its surrounding buildings, like the Mashed-e Sheikh Lutfallah and the Mashad-e Shah, has remained, only the activities have changed in the usual tourist happenings. The inlaid wooden ceiling of the terrace and the crafted columns have been heavily, but tastefully restored.. 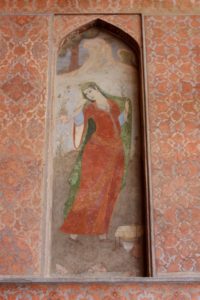 frescos inside, too, in between the Layeh Cheni decorated walls 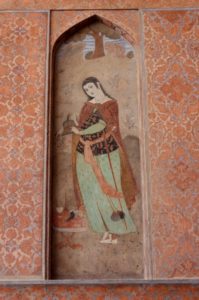 and another fresco, same wall decorations

Behind the terrace is the reception hall – the Bar Aam hall -, which has been decorated by a technique known as Layeh Cheni in Iranian, using red mud layers as plaster, with gilded plates in between to provide sparkle to the room.

The top floor contains the Music Hall, which is differently decorated. Using a technique called Tong Borie, large open spaces in forms of pots and vases and other utensils are kept behind and in between plaster layers, apparently as to enhance the acoustics in the room. It also creates a strange, but not unattractive character in the hall. 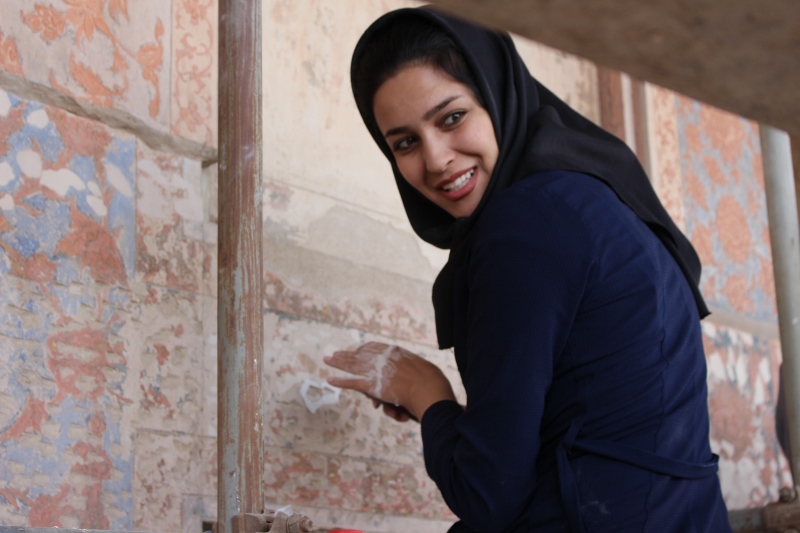 the restoration is ongoing 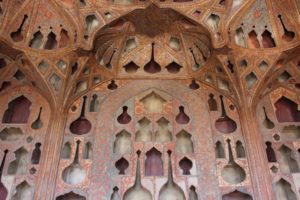 the stucco in the music hall 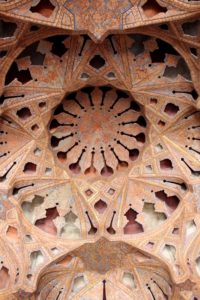 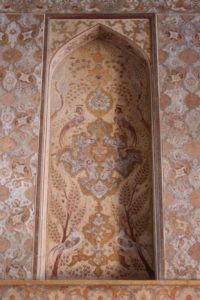 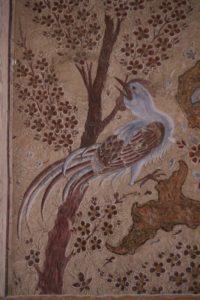 on closer inspection, with angry birds 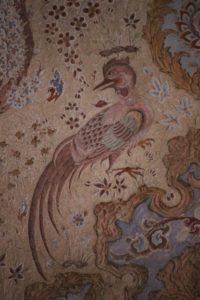 did I say ‘angry birds’?

Qapu means gate, in Arabic. The Ali Qapu palace was not only reception and entertainment area for the Shah and his guests, but also the entry to a vast area of residences and gardens behind. Isfahan’s central boulevard is called Chahar Bagh, or Four Gardens, and was originally the link between beautiful Persian gardens in four corners and a range of palaces in between. Two of those, Kakh-e Chehel Sotun and Kakh-e Hasht Behesht, still exist, and are accessible to the public. 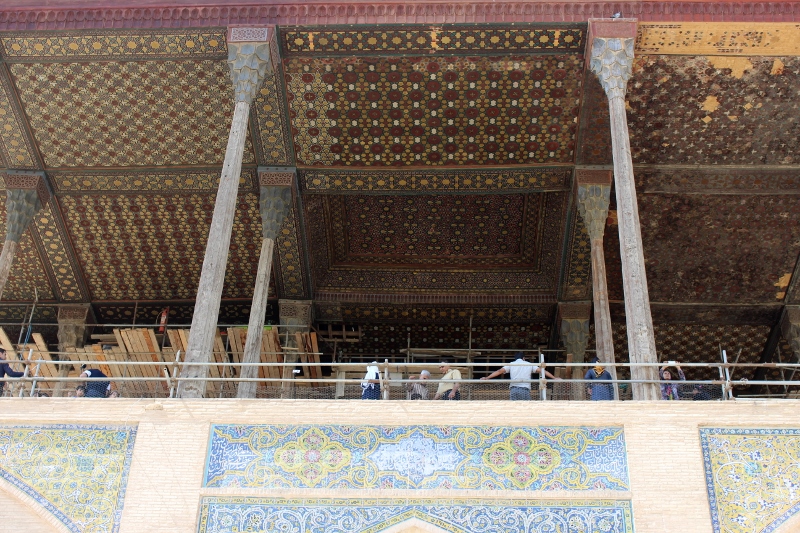 the balcony, or viewing platform, or terrace – whatever, it is big! 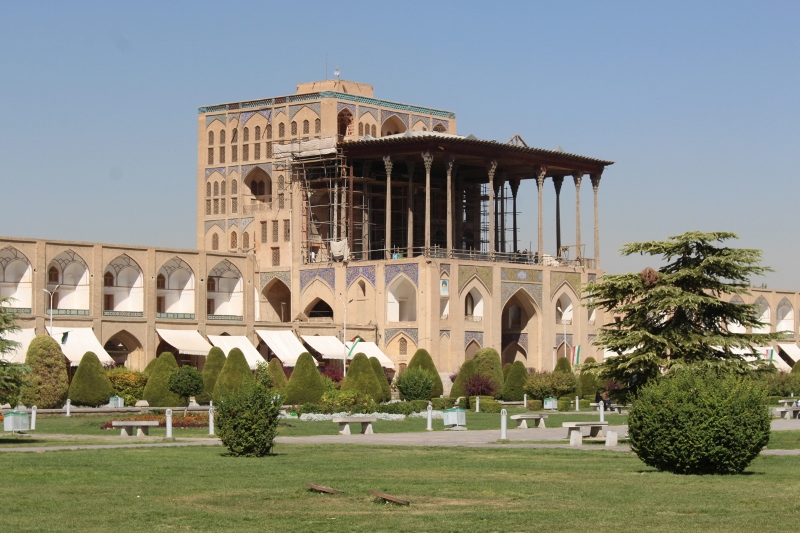 the imposing Ali Qapu palace at the Iman square