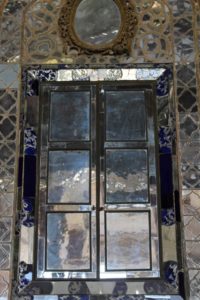 The vivid frescos in the Kakh-e Chehel Sotun, the Royal palace of Safavid Isfahan, provide an interesting view of Royal life in the 17th Century.

The construction of the Chesel Sotun palace in Isfahan was probably started by Shah Abbas I, but completed by his son, Shah Abbas II, in 1647. However, the present building dates from the beginning of the 18th Century, after a fire destroyed the original palace. 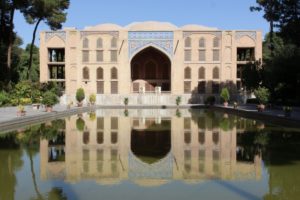 the back of Chehel Sotun palace, mirror-imaged in the pond

A large terrace dominates one side of the building, twenty wooden pillars supporting a brilliantly inlaid wooden ceiling. Inside, several rooms have been decorated by frescos, many of them depicting historical happenings. Most of the frescos today are original, quite something, given that during the Afghan invasion later on in the 18th Century most walls have been whitewashed. The examples here are of the Battle between the Safavid Shah Ismail and Sheibak Khan the Uzbek, of 1511 and the Battle of Chaldoran between the same Ismail and the Ottoman Sultan Salim in 1518, as well as of the Reception for King Humayoun of India by early Safavid Shah Tamesb in 1550, the Reception for Vali Mohammed Khan of Turkestan by Shah Abbas I in 1628 and that of Nadar Mohammed Khan, also of Turkestan, by Shah Abbas II in 1658. All sought refuge in Safavid Persia after having lost control of their court at home. Of later date is the fresco of the Battle between Nader Shah and the Sultan Mohammed of India, seated on a white elephant, in 1756. 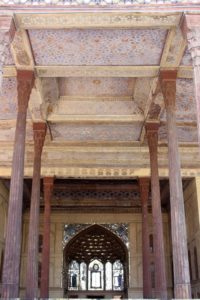 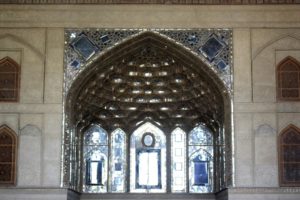 and the mirrored back wall

What is striking in these frescos, especially the ones showing the hospitality of the Shahs, but also smaller frescos not related to any of the large, formal depictions, is that the Muslim court at the time was a rather jolly happening, with music and with dancing girls, many of whom openly show their hair. It is hard to believe that the many bottles contain anything else than wine, too. How things have changed over time; or should I say, how the interpretation of an old book has changed, over time? 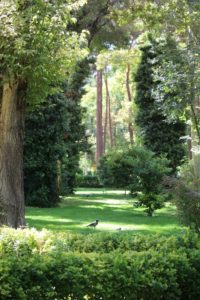 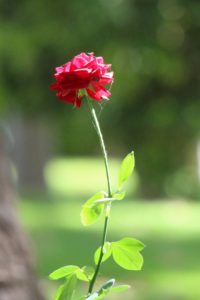 with just a few flowers, this time of the year

The palace is located in the middle of Chehel Sotun Gardens, the quintessential Persian Garden; never mind that, with ongoing urban development, the garden today is a lot smaller than its original size. 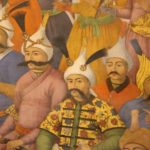 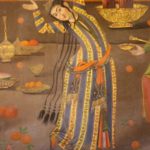 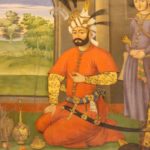 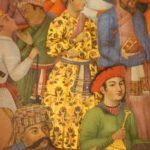 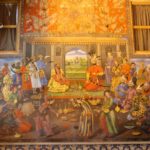 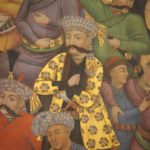 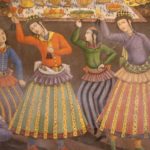 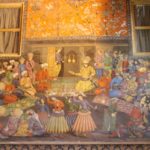 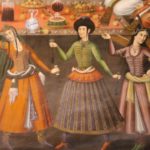 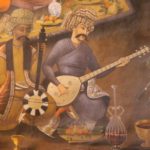 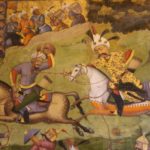 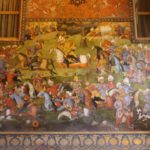 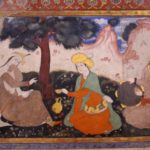 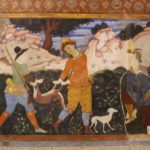 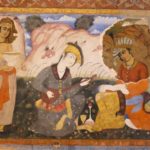 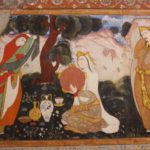