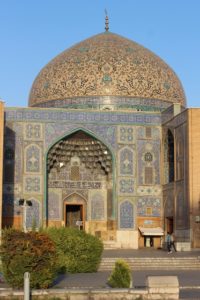 The small Sheikh Lutfallah mosque is the modest, but equally spectacular counterpart of the Mashed-e Shah, elsewhere on the Iman square.

Humbly touted as the most beautiful mosque in the world, the Sheikh Lutfallah mosque, obliquely located on one of the sides of the fabulous Iman square in Isfahan, was dedicated to Shah Abbas the First’ father-in-law. Like all other buildings around the Iman square – the Naqsh-e Jahan Square, as it is officially called –, it was built at the beginning of the 17th Century (in this case 1602-1618), when Shah Abbas I, at the height of the Safavid Empire, moved his capital to Isfahan. 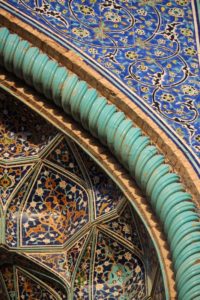 detail on the entrance portal 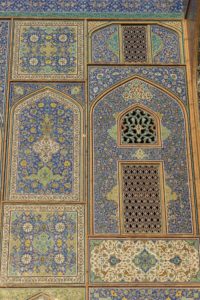 mosaics and windows on the outside

Unlike the Mashed-e Shah, which was for the public, Sheik Lutfallah mosque was a private mosque for the royal court. To this effect an underground passage had been constructed from the palace, the Kakh-e Ali Qapu on one side of the Iman square, to the mosque on the other side – so shielding the harem woman from public view. 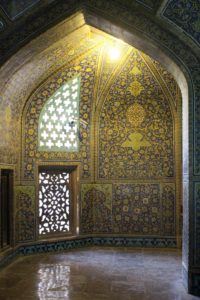 the twisted corridor that leads to the prayer hall 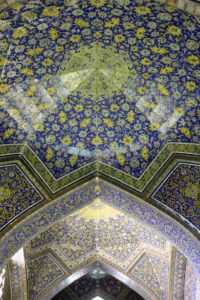 the ceiling in the corridor 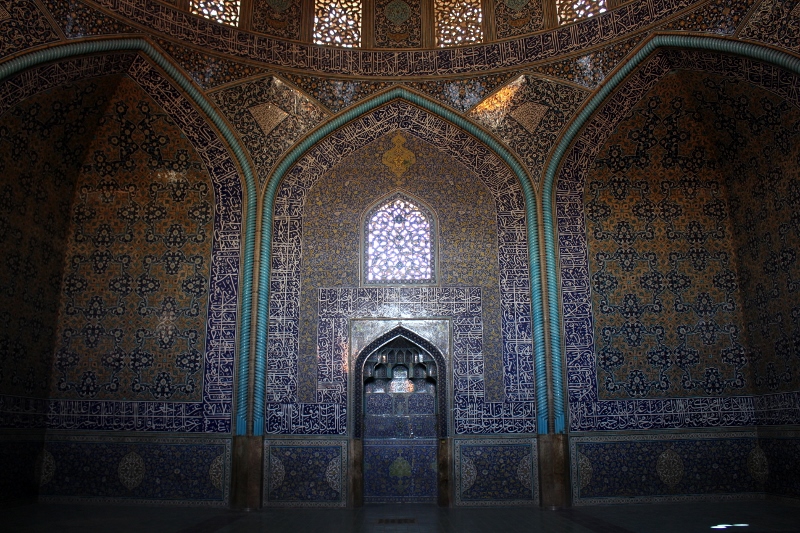 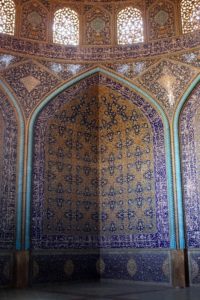 one of the corners of the prayer hall 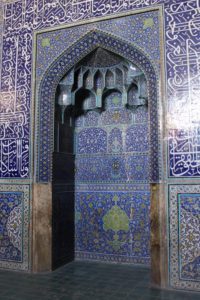 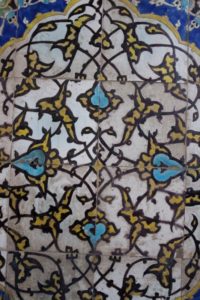 wall tiles making up a mosaic 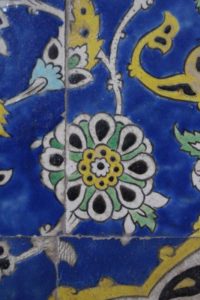 The outside of the mosque is made up of a splendid gateway, decorated with intricate patterns of tiles. The building is topped by a cream-coloured low dome, which changes colour in the changing day light. A tiled corridor provides entrance to the main sanctuary of the mosque, which doesn’t have a minaret neither a courtyard. The low passage gives way to the tall, domed chamber that is the main prayer hall, a simple structure with exceedingly complex, and beautiful, decoration. Mosaics in blue and yellow, latticed windows that produce a constantly changing light pattern, a fine mehrab – prayer niche -, and a fabulous ceiling. 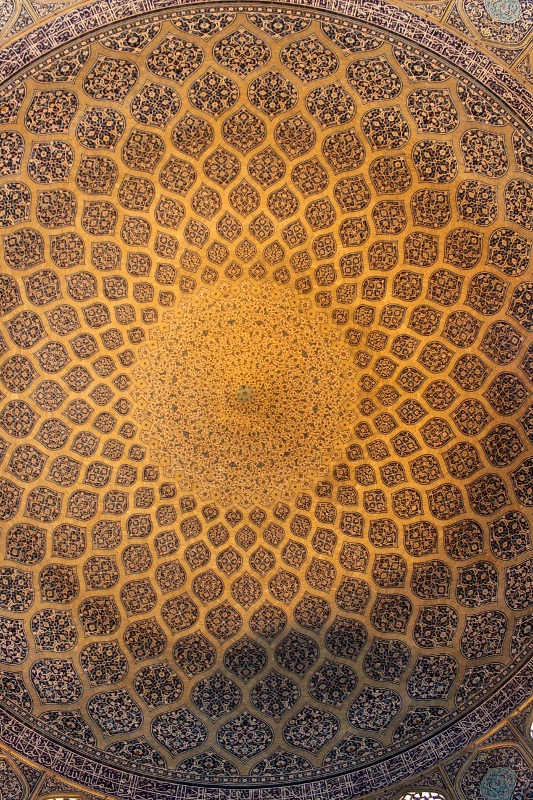 the ceiling inside the main prayer hall

Try to get there early in the morning, ahead of the crowd: the mosque is quite small, and the presence of tour groups somewhat diminishes the impact of this, quite possibly, most beautiful mosque in the world! 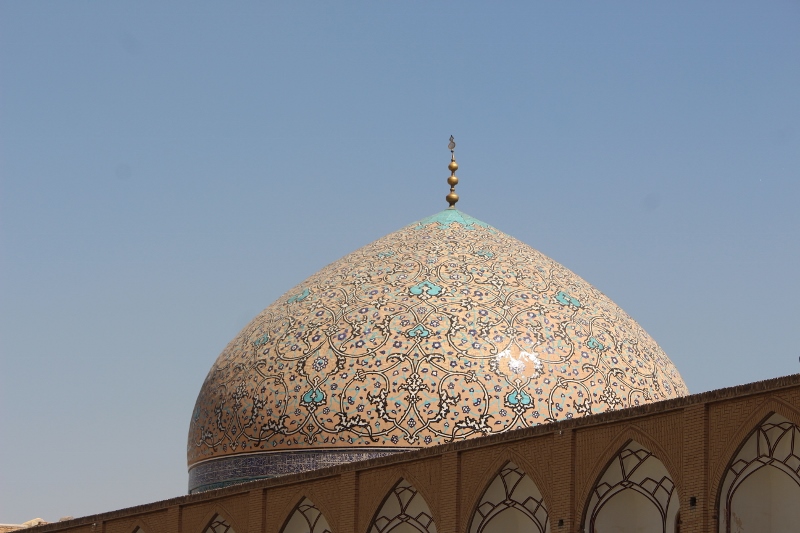 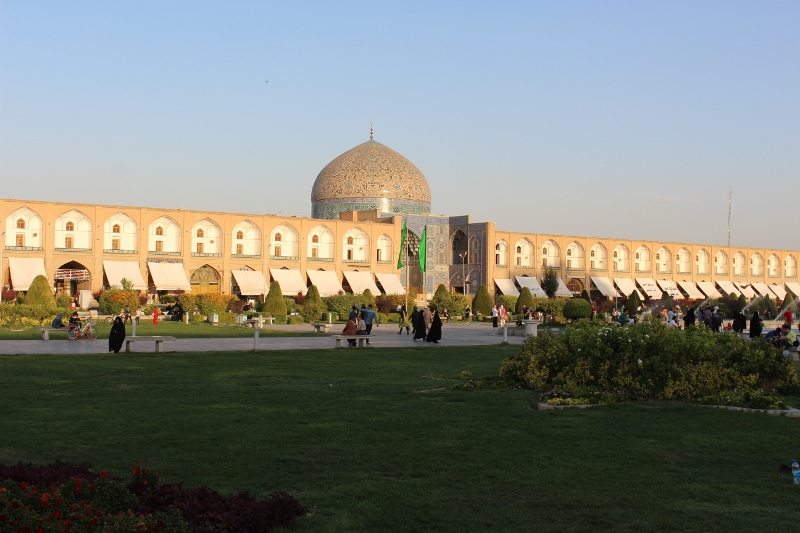 the dome of the Mashad-e Sheikh Lutfallah, along the Iman square