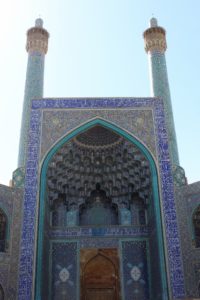 The impressive Mashed-e Shah is the mosque that was meant to replace the old Friday mosque of Isfahan; no effort was spared to make it into the most splendid building in town, if not in all of Iran, at the time.

The stunningly beautiful mosque that Shah Abbas I built when he moved his Safavid capital to Isfahan at the beginning of the 17th Century is still one of the absolute highlights in the city, if not in entire Iran. Construction took a while, from 1611 to 1629, but the result is a fabulous example of Safavid architecture and decoration. 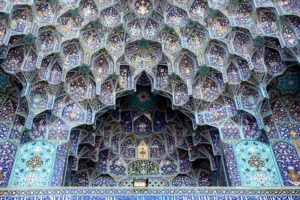 the inside roof of the entrance portal

Like the Sheik Lotfallah mosque, this one is also obliquely oriented with regards to then huge Iman square – the Naqsh-e Jahan Square -, in order to have the mosque point in the direction of Mecca. Via the tall entrance portal one comes to an inner courtyard, surrounded by four iwans – large vaulted open rooms – leading to vaulted prayer halls. The southern praying hall is the biggest, with an enormous domed ceiling, carefully covered with mosaics of exquisite coloured tiles. The two smaller prayer halls behind the east and west iwan are also beautifully tiled, in blue and yellow, the dominant colours in the mosque. 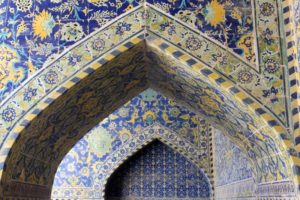 every passage has been colourfully tiled 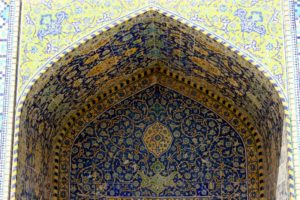 detail of one of the side iwans the interior of one of the prayer halls 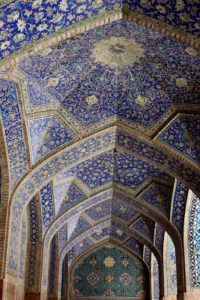 another corridor, another tile pattern 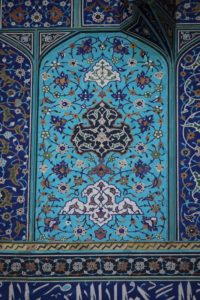 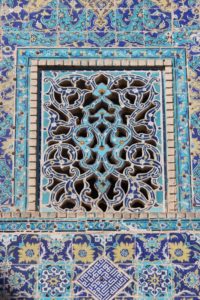 one of the many glazed windows

This is a place where you can wander around for hours. Take your time, and look carefully at the mosaics: the longer you look, the more you discover. 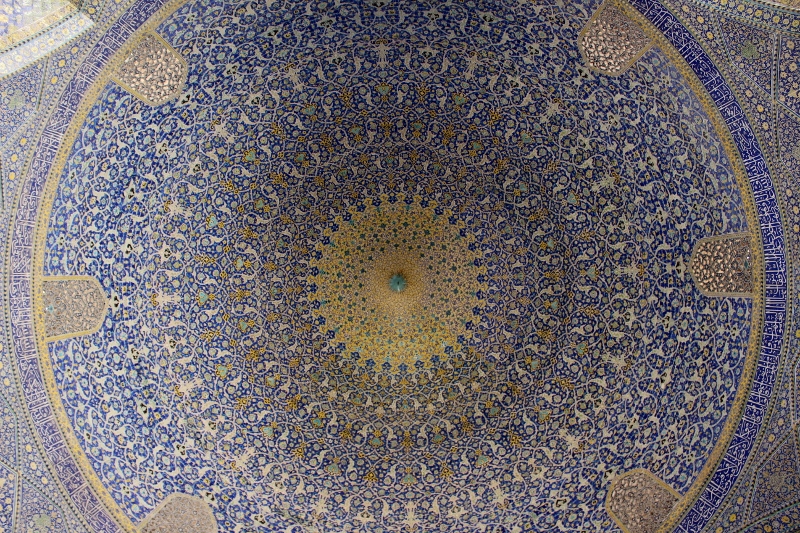 the ceiling in the southern prayer hall, below the dome 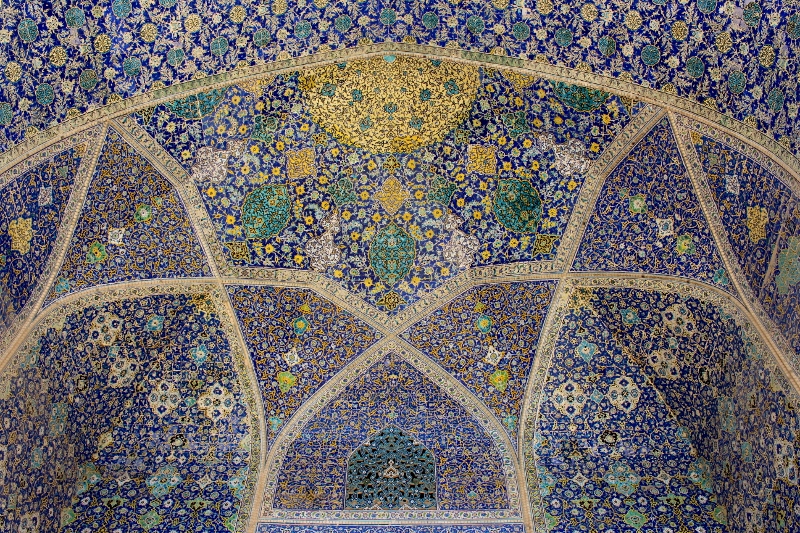 another part of the ceiling, in blue and green 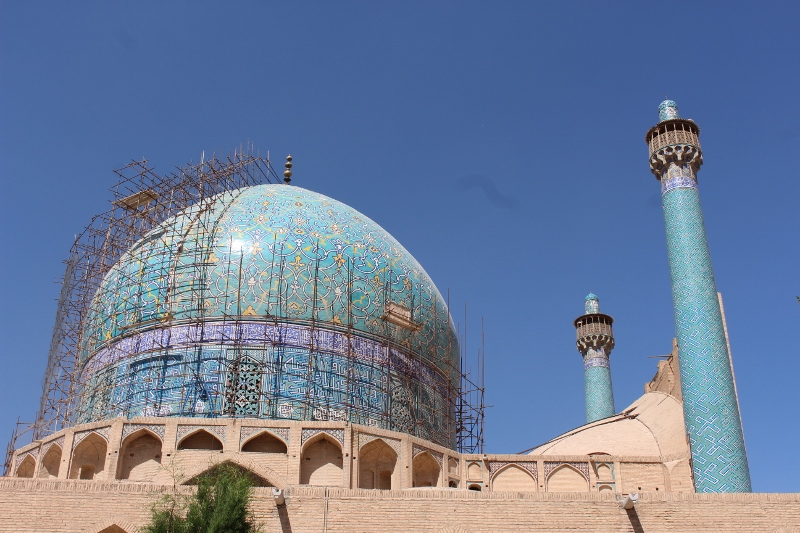 the huge turquoise dome of the mosque 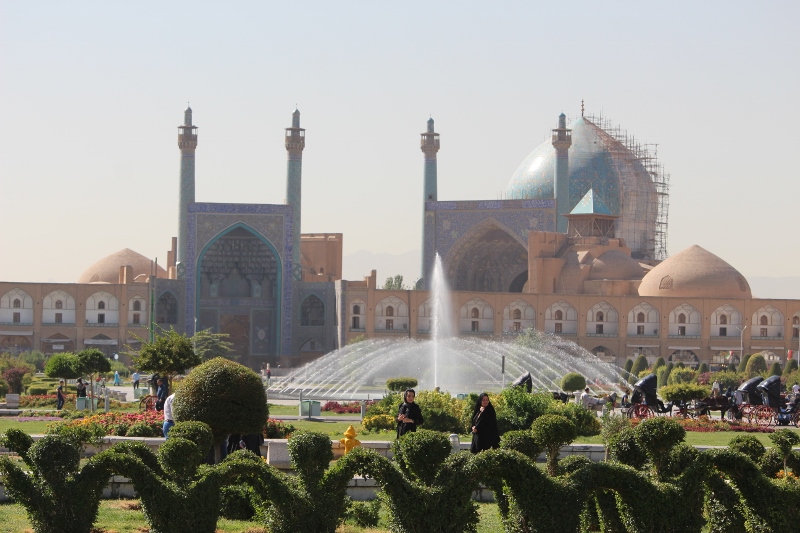 the oblique position of the mosque, the huge dome behind the southern iwan, and the entrance portal