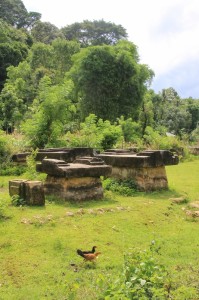 everywhere in and around Waitabubak there are tombs

Sumba’s second-largest city is a small town with a pleasant atmosphere, surrounded by traditional kampungs (take the virtual tour!), and an excellent base for exploring the Wakakoko area to the south. 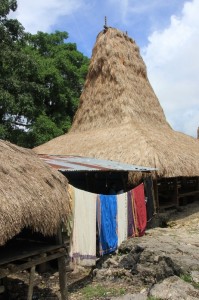 Waikabubak, all seven streets of it, is the second largest town of the island. It is one of those typically Sumbanese towns, not much happening, but full of genuinely friendly people; all curious about the foreigner, to be sure, but breaking into a smile as soon as you establish eye contact, and all eager to help – sometimes annoyingly so. The area around Waikabubak is more densely populated, and easier accessible than Waingapu, and tourism has established itself. So more children have taken to holding up their hand, for a sweet or for money, and some have even taken to sticking up their middle finger, although I am sure they have no idea what it means. 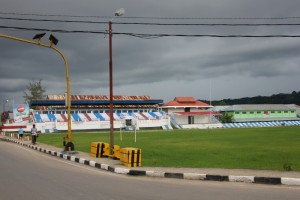 the football stadium in Waikabubak

The town itself is a strange mixture of those facilities you expect in a town, government buildings, some hotels, shops, a few churches, even a real football pitch, and that combined with the traditional kampungs with conical thatched roof houses. Some of those consist of five houses, no more, and are a rather muddy affair in between the exposed rocks, others are larger establishments, twenty or more houses, and better equipped. Like in East Sumba, animals are scurrying in between the houses, and the tombs. Laundry everywhere, and – thanks to grandpa – the tombs, the big slabs of stone, make an excellent place to dry. 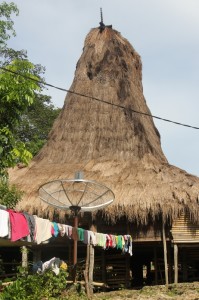 traditional house – with amenities – in Kampung Tambalar, in the middle of town

Right in the middle of town is Kampung Tambelar on a rocky hill, complete with tombs, praying totems, and rows of traditional houses. Scramble down again, over the slippery stones that make up the steep access to the kampong, and you end up in the main street, with cars, busses and noisy motorbikes, an ATM machine and the occasional restaurant.

At the northern edge of town are two kampongs that are joined, once again on a narrow hill. Kampung Tarung is the most important kampong around Waikabubak, and has the hallmarks of urban development, with concrete walkways and street lights – whether they work we didn’t check. Well used to tourists, soon after we arrived the visitor book was produced, which includes the expectation of a donation – an excellent idea, actually, so the whole village benefits from tourists. Kampung Tarung seamlessly merges with Kampung Waitabara, further along the rocky ridge – and equally developed. 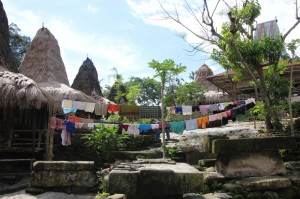 one of the kampungs (Tarona) around town

Upon entering the kampungs, we are stopped by people who want to know who we are, where we are from, where we are going to; all eager to show off their village, and exceedingly hospitable. We are invited to sit down, and chat about whatever seems appropriate, and between our limited Bahasa Indonesia and some limited English of our hosts, we manage – especially because some of the younger people actually speak excellent English. 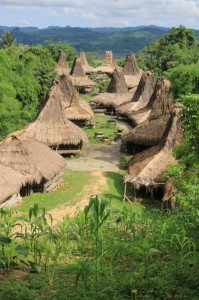 Towards the east of Waikabubak are more traditional kampungs, all walking distance, once again mostly confined to the hill tops, but here they are not surrounded by a town, just jungle. One scrambles from village to village, occasionally needing to ask for directions – and not seldom helped by somebody who decides to show you all the way -, and always being received kindly. Great experience, wandering around in these villages. Difficult to explain, though, so enjoy the pictures, instead.

For those who cannot get enough, here is the virtual tour of the kampungs in and around Waikabubak, with some additional pictures for each. (Start at Kampung Tabelar; at the end of each entry a link takes you to the next, should you want to complete the whole tour, or directly to the end, to photogenic Bondomarotto). 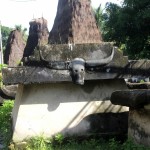 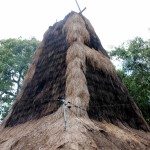 First stop is Kampung Tabelar, an attractive kampung right in the centre of Waikabubak.

A little further is Kampung Kawainah, a small hill-top kampung to the SE of Waikabubak. 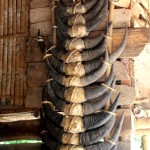 Downhill, and up the following, is the larger Kampung Tarona. 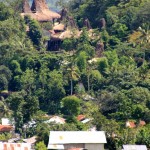 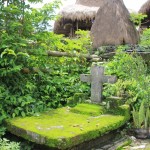 Dominating the ridge immediately west of Waikabubak are two important kampungs, Tarung and Waitabara, which merge into each other. 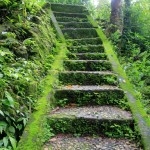 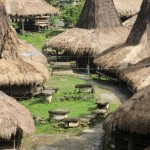 To the east of Waikabubak is the small Kampung Prairami, followed by the much larger, quite attractive, Kampung Praijiang. 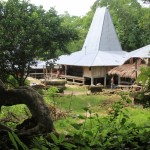 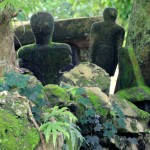 Further east is first Kampung Segarum (and nearby Kampung Praikjowa), and then, close to the main road again, Kampung Bondomarotto (and, at the base of the hill, Kampung Gollu).

And that is where the virtual tour ends. There are no doubt many more kampungs, small hamlets, around Waikabubak, and exploring them, on foot, is a really nice excercise, not just for seeing some spectacular traditional houses, huge tombs and plentyful decorations, but also for meeting an exceedingly friendly people. 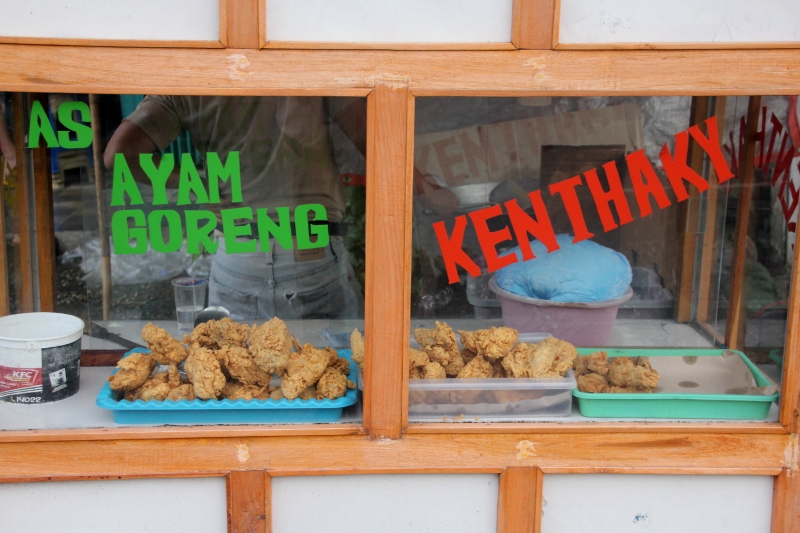 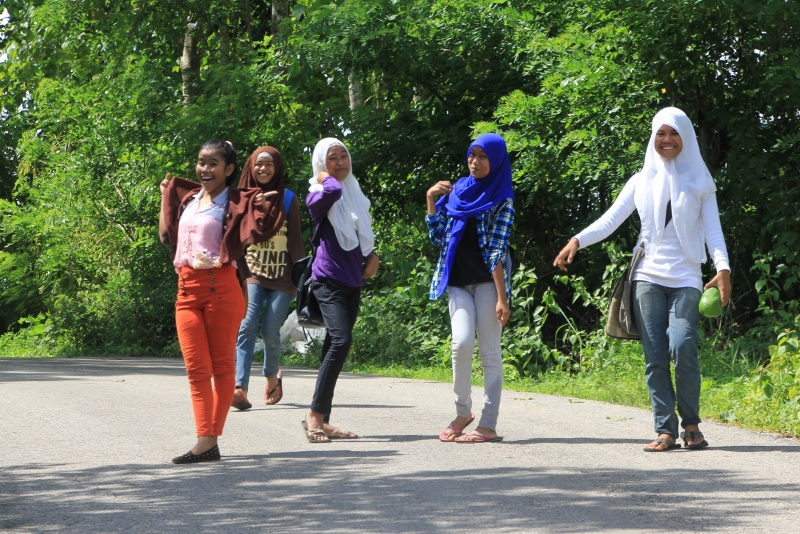