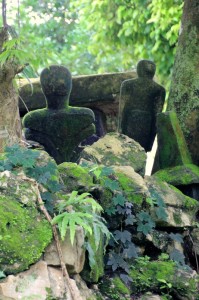 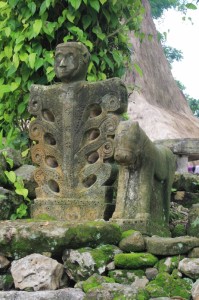 another interesting stone sculpture in Bondomarotto

Kampung Bondomarotto and Kampung Gollu are next to each other, just past a large number of tombs along the road. Bondomarotto is reached by following the tarmac road steeply up. For some reason, a well-developed kampong, once again, with cemented walkways, and a visitor-book, to be sure. People here didn’t seem to take much notice of tourists, they just got on with whatever they were doing – or not doing, another characteristic of many of the kampungs, of course! 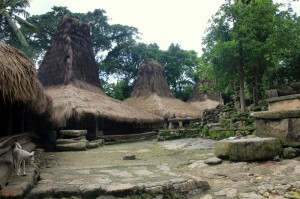 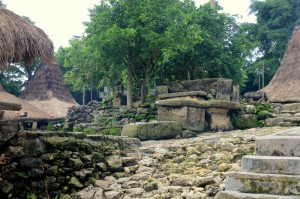 in the back are several moss-overgrown tomb 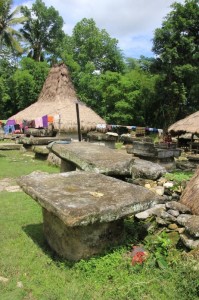 Kampung Gallo is flat, at the base of the hill 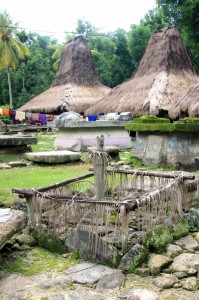 Interestingly, this is the only kampong whee I find several stone sculptures, all the way at the back of the village, adorning heavily mossed-over tomb stones. 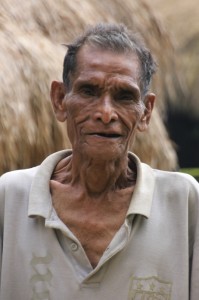 one of the men of the village 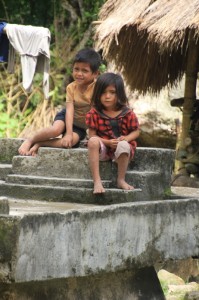 and the children, who have taken over the tombs

Kampung Gollu is a small extension, it looks, down the hill, adjoining Bondomarotto. Standard lay-out, but with much more space in between the houses, thanks to the lack of rocky outcrop.

Gollu and Bondomarotto are really close to the main road, from where bemos travel the 4 kms back to Waikabubak. 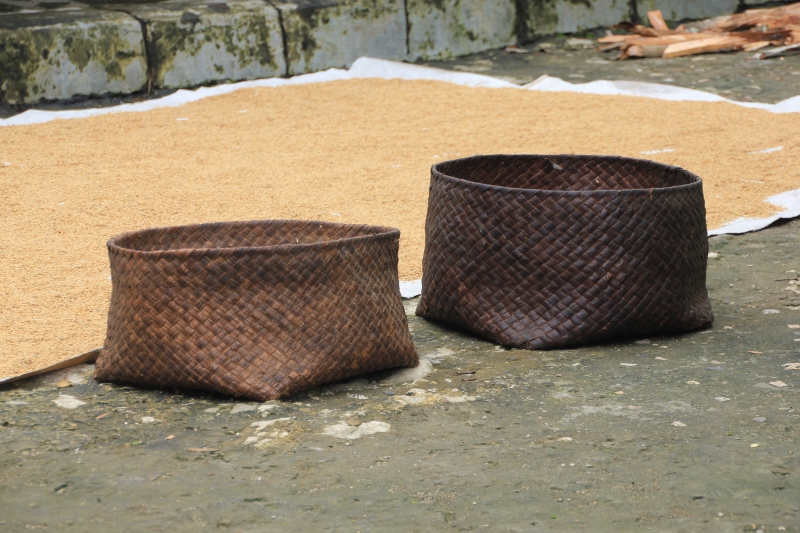