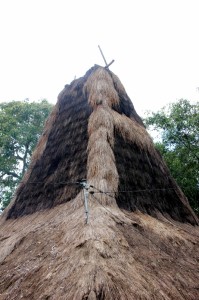 one of the houses in Kampung Kawaihah

Small hill-top kampung to the SE of Waikabubak.

Kampung Kawainah (?), to the south-west of Waikabubak, is reached by following Jalan Ahmad Yani out of town and then turning right, after a few minutes. It is a five-house affair, all with thatched roofs, and with a satellite dish. This is also where one of the old men proudly shows off a, clearly old, overgrown tomb, nothing special in my eyes, but obviously very important for the village. Communication is difficult, even Bahasa Indonesia is not well understood – or perhaps it is just our Bahasa Indonesia. The tomb in the center of the kampong is used to stack baskets. At the edge of the village is a view over the rice paddies and some town houses of Waikabubak. A scramble back down the hill reaches a small road, that runs west past a friendly Muslim community in the middle of rice paddies.

Next is Kampung Tarona (or jump straight to the large Kampung Tarung, or to the end of the tour, Kampung Bondomarotto) 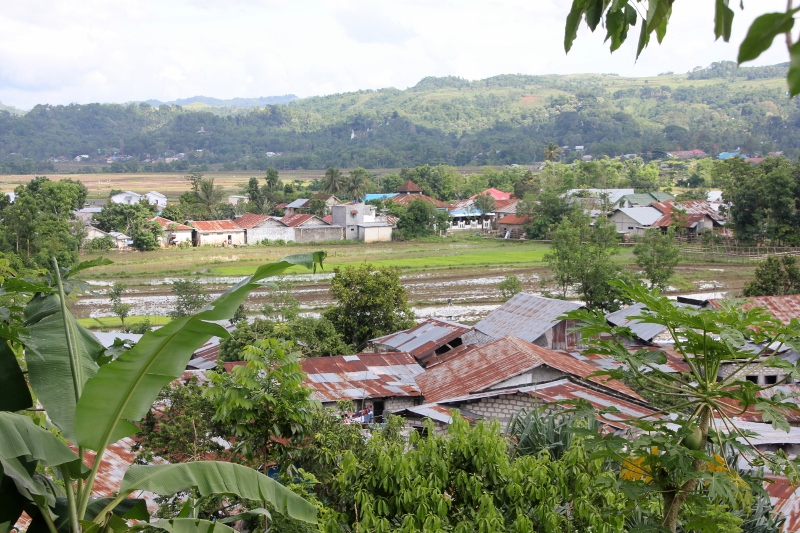 view from the hill, across houses and rice paddies