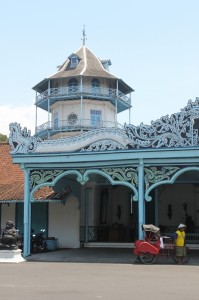 a corner tower, the only multi-story part of the Kraton in Solo

Somewhat disappointing Royal City, with the sites closed for most of the time, and run down.

Solo its full name being Surakarta, is Java‘s other Royal city, about an hour away from Yogyakarta. Apparently, rivalry has been strife over hundreds of years, but as far as I am concerned, Yogya has won hands down. The streets of Solo are mostly deserted, the town looks run down. 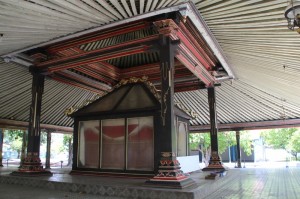 one of the main, and more attractive, pavilions (called a pendopo) of the palace

The Kraton is a sad affair. The part that is open to the public – if you are lucky, because when the Sultan is at home, visitors are pushed out at one in the afternoon – is rather disappointing, mostly corrugated iron-covered walkways past a few simple courtyards and buildings containing a rather poorly stocked, mediocre museum. Another palace was closed by the time we arrived, at two. The streets around the palaces are empty, lacking the atmosphere that made Yogya so much fun. 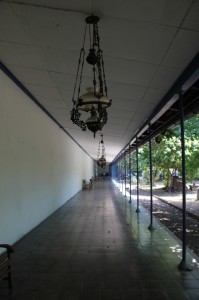 gallery walkway in the Sultan’s palace 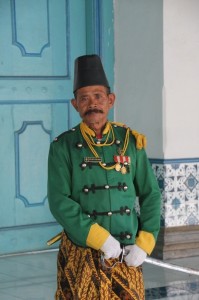 Yet, with a little more time, an exploring attitude and plenty of stamina, one can still find some good examples of colonial architecture. Houses tucked away behind modern shops, old cast-iron lamp posts and benches. And the Dutch Cavalry building, from 1874, perhaps one of the highlights of Solo – even though the building is just as run-down as the rest of the city, and by now seems to have been occupied by squatters populating the inner courtyard. 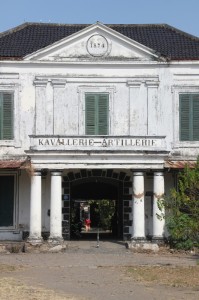 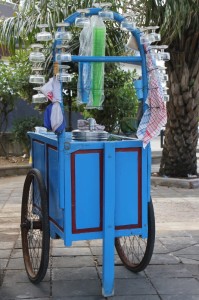 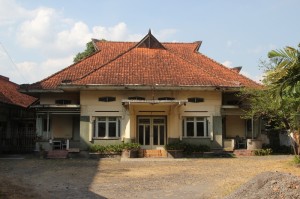 Another relic of colonial times – must be! – is the ice cream vendor who sells his ice creams still in real glasses, which presumably get cleaned afterwards. No take-away here. 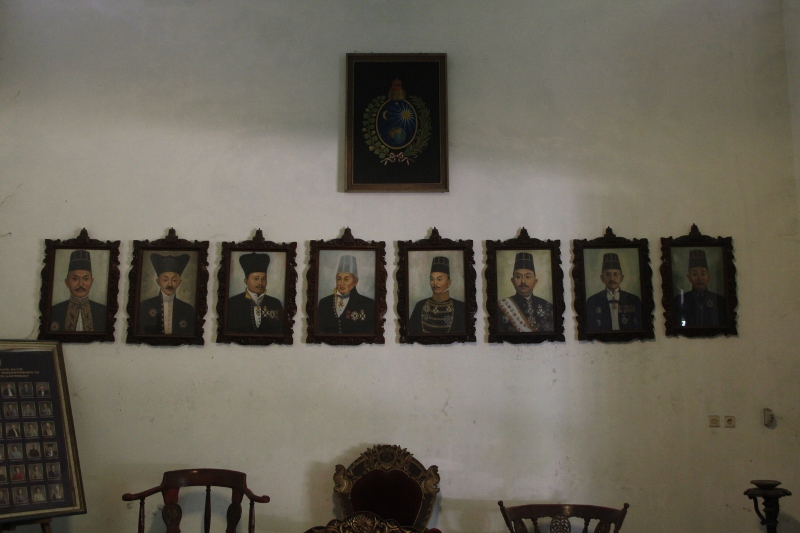 generations of sultans on the wall