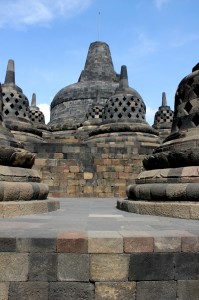 top of the Borobudur temple

The Borobudur is Indonesia’s most impressive structure, created some 1200 years ago. 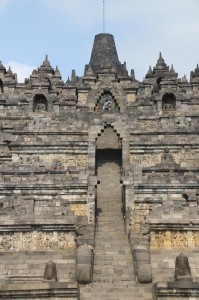 stairs to the top of the Borobudur temple, cutting through nine levels of bas-relief decorations

Instead of a temple complex, Borobudur is in fact just one temple – apparently, the world’s largest Buddhist stupa (unlike nearby Prambanan, which is a real temple complex). Although dating from the 8th Century, poor foundations required additional supports to be constructed, and ultimately rebuilding of the entire temple, which was undertaken in 1973. Quite a few of the Buddhist sculptures have been decapitated over time, and quite a few of the bas-reliefs have been recreated, it seems, yet the structure as it stands today remains a very impressive demonstration of what the Javanese were capable of creating a long time ago. They haven’t repeated that again.

For more details, and photos, see the blog entry from our 2013 Indonesian journey. 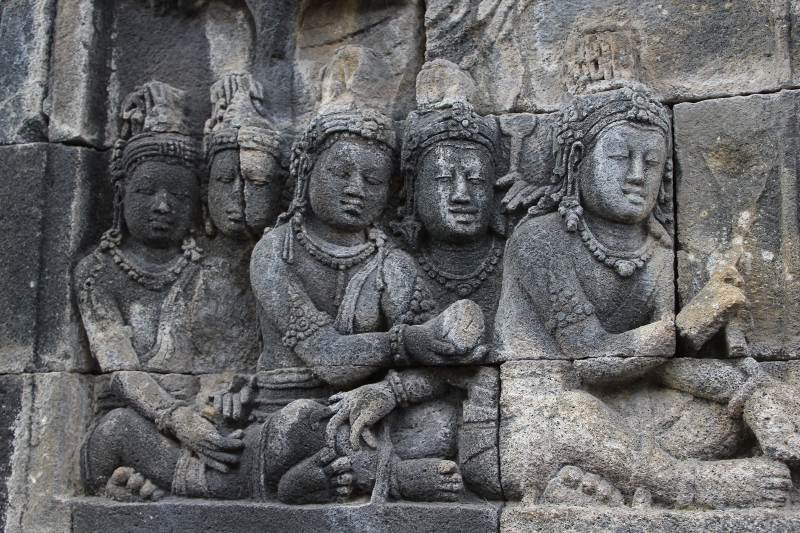