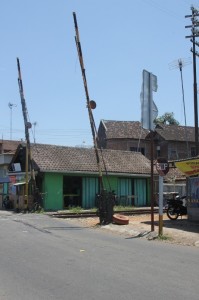 the railway crossing just outside the museum

Home to Indonesia’s railway museum, Ambarawa has little else to offer, especially if the museum is closed.

For the average tourist, there is little to do in Ambarawa. Unless, of course, you are interested in steam trains and old railway stations. The Kereta Api Museum has no less than 21 steam engines, most over a hundred years old, displayed in the attractive grounds around the old Koning Willem I station, dating from 1873. The station itself is beautifully restored, including the old roof. 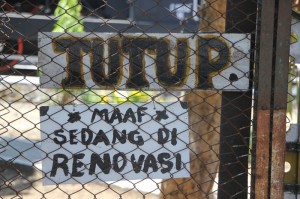 Apparently, one can rent a steam train, with space for 80 to 100 passengers, for a short ride, if booked ahead. Whether that was possible when we were there, we never found out. The station and the museum were closed for renovation, which meant that we were thrown out again, five minutes after we climbed in over the fence. 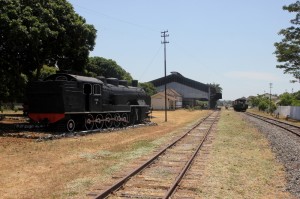 the station, with an engine outside 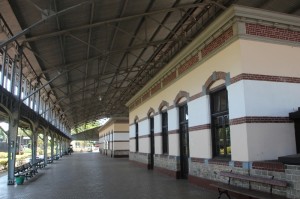 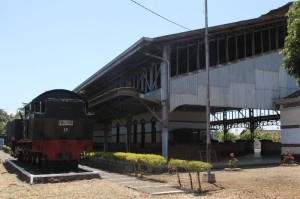 another view of the station 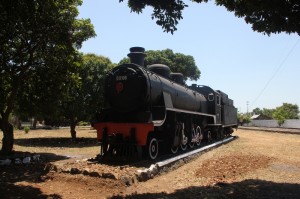 one of the engines