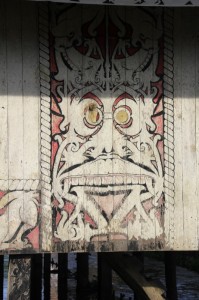 door panel of the meeting hall

Settlement on both sides of the Mahakam River, large parts of which were inundated at the time of our visit 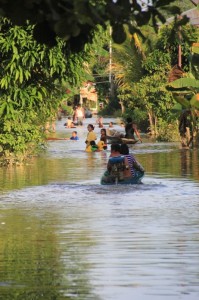 Tering is actually a collection of three settlements, a mostly Muslim one on the south bank, a Christian one on the other bank, and a third one we have never been able to localize, somewhere up or down river. Tering Sabarang, the Muslim part, the part connected by road to Barong Tongkok and the inland longhouse villages, is not particularly attractive, but was driest – much of Tering had been inundated due to the high water level in the river -, and contains the few amenities the village has, a couple of basic hotels, a restaurant and a few shops. 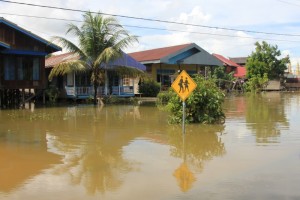 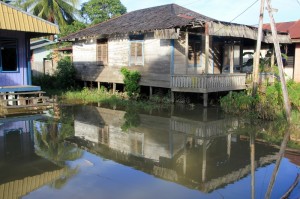 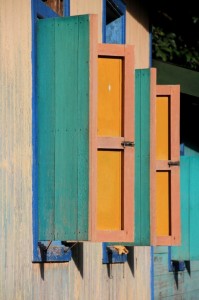 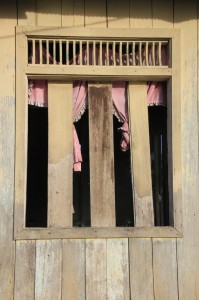 Tering Lama, the Christian part across the river, was much deeper under water, streets knee-deep or more, and many of the village people has mobilized their canoes to cruise the streets. There is a nice meeting hall, here, second best thing to a longhouse in a Dayak village, and several nice houses on decorated poles, with attractive gardens and flowers.

The next village upriver is Datah Bilang (or jump to the end of the Virtual Tour, at Long Bagum). 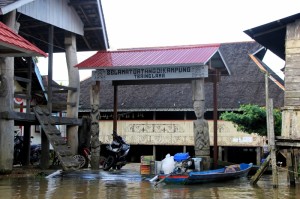 the boat landing in Tering Lama, on the far side of the river 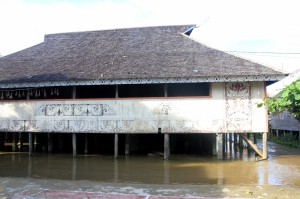 the meeting hall in Tering Lama 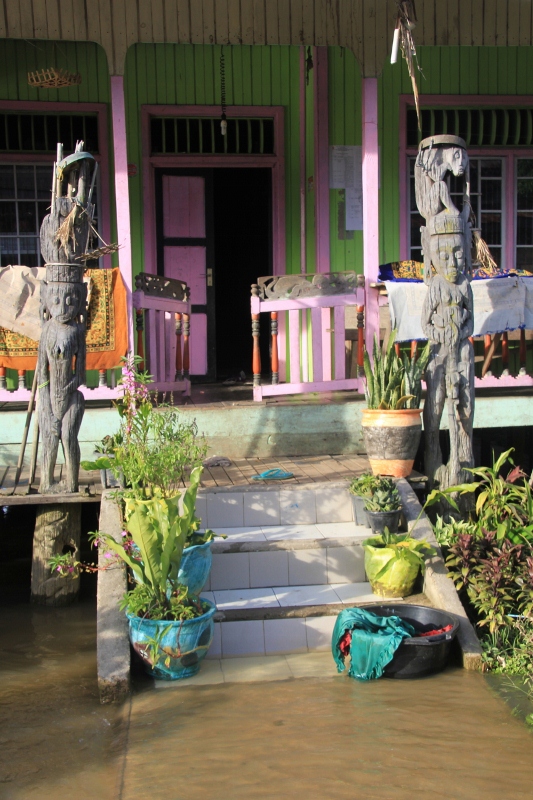 house on poles, with patongs on the verandah