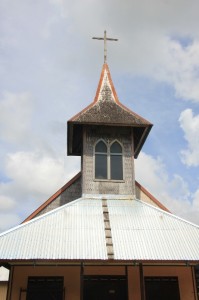 Smallish town in the Mahakam area, notable for its patongs of Catholic priests

An hour, or so, inland from Melak is Barong Tongkok, a nondescript small town which wouldn’t warrant a stop, but for the two patongs of Catholic missionaries of the 1960s, that have been placed in front of the local church. The clearest indication that the art of patong making is a living art, that accepts any subject matter important enough to the villagers to eternalize – well, as eternal as wood carvings in the humid tropics can be.

Next on the Virtual Tour is Tering, back on the river. 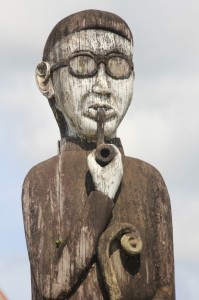 one of the two patongs of Dutch missionary priests 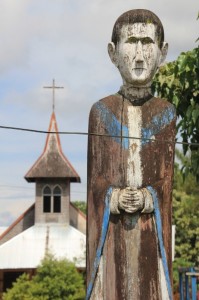 and the other priest, in front of the church