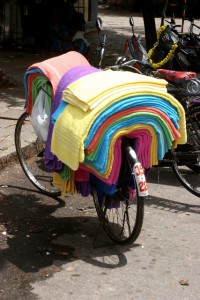 a bicycle as market stand

Mysore was one of the many princely states that made up India, before the great unification at independence. The British colonial administration was happy to keep the structure of individual princedoms in place, complete with princes, or maharajas, and their extensive Royal households.

Unlike some other areas in India, Mysore un-apologetically flaunts its Royal past, and the big attraction – outside the festival season – is the Maharaja’s Palace. It is somewhat sobering to realize that this palace was constructed as late as 1912, after an earlier version burned down. And it was not the British occupiers who paid for this extravagance. Even today, the illumination of the palace on Sundays and during festivals, with over 5000 bulbs, doesn’t demonstrate the most modern outlook onto the world. 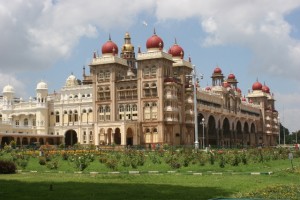 the Maharaja’s Palace in Mysore (1) 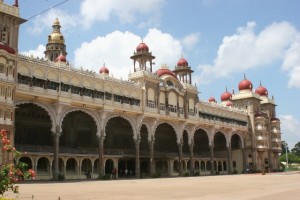 the Maharaja’s Palace in Mysore (2) 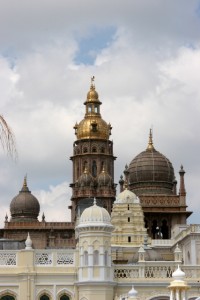 the Maharaja’s Palace in Mysore (3)

Another highlight of Mysore is its Devaraja fruit & vegetable market, not far away from the palace. An attack on the senses: delightful to the eye, but less so to the nose. And a photographer’s dream, of course. Around the market, and the town centre, some old architecture remains, and dilapidated but not unattractive houses line the streets here. 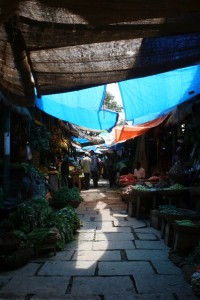 one of the market streets in the Devaraja market 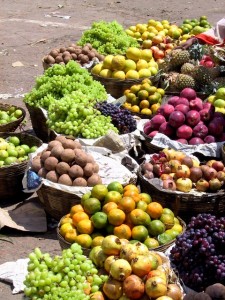 the quintessential fruit and vegetables 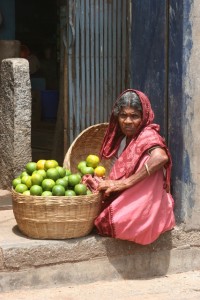 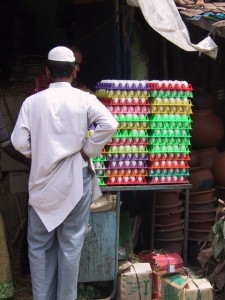 eggs in the market 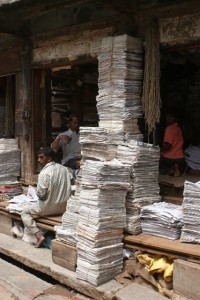 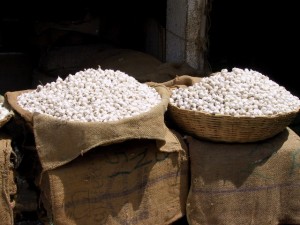 garlic for sale, in quantities 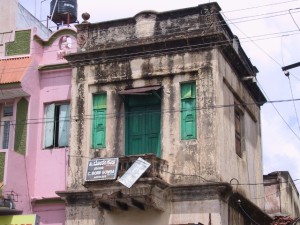 some of the old, derelict houses in Mysore

This whole town transforms during the annual Dasara (Dussehra) Festival, subject of a separate entry to this site.